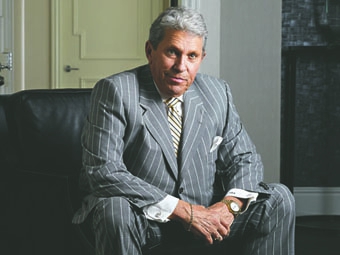 A CSX transportation union is pushing back against comments by President and Chief Executive Hunter Harrison, who recently blamed employees in part for the railroad’s service problems.

“The pace of change at CSX has been extremely rapid,” Harrison wrote August 1 in a letter of apology to customers, “and while most people at the company have embraced the new plan, unfortunately, a few have pushed back and continue to do so. This resistance to change has resulted in some service disruptions.”

In an August 3 letter to Harrison obtained by Railway Age, SMART, the International Association of Sheet Metal, Air, Rail and Transportation Workers, which represents CSX operating employees, wrote, “The Organization refuses to accept responsibility for disruptions that negatively affect the customers when we have no input on operational changes. We receive minimal, and in most cases, no communication from any department about the significant changes being implemented almost daily.”

In the letter signed by SMART’s five co-chairmen, the union said Harrison had ignored its repeated requests to be involved in planning changes.

The union called Harrison’s comments “a personal attack,” “a kick to the gut,” and “a severe blow to [employees’] morale.” It also called out CSX for “harsh treatment, furloughs and repeated violations of their collective bargaining agreement.” It did not elaborate.

In a July 21 blog entry, Railway Age Editor-in-Chief William Vantuono quoted an engineering department employee as saying that CSX had changed work hours from four 10-hour days to five eight-hour days to reduce train delays, but making it more difficult for employees working far from home to get to work and back in a reasonable length of time.

SMART went on to deny Harrison’s charge that its members intentionally disrupted operations.

“This organization will not allow our members to serve as an excuse for management’s inability to communicate and execute your ‘precision scheduled railroading’.