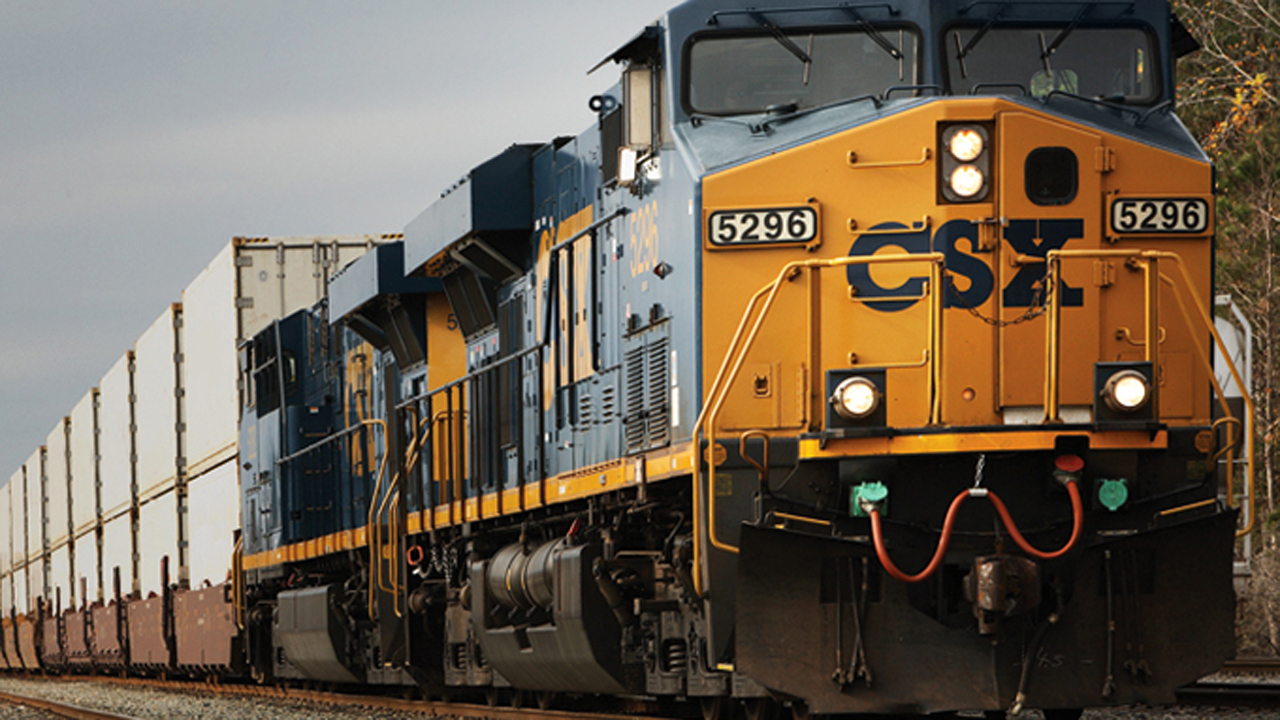 CSX ’s EPS of $1.08, up 3% y/y, “is above our and the Street’s $1.02 and $1.01 projections, respectively,” said Cowen and Company Managing Director and Railway Age Wall Street Contributing Editor Jason Seidl. “Excluding a $22 million non-railroad asset impairment related to an intermodal terminal sale agreement, EPS would have been $1.10. Operating income of ~$1.29 billion was above our $1.24 billion estimate and the Street’s $1.23 billion. Revenue came in at $2.98 billion, slightly below our estimate and slightly above the Street’s. The operating ratio (OR) of 56.8% was ~190 bps improved y/y, ~160 bps better than our estimate, and ~190 bps better than the Street’s.”

“Management maintained their full-year revenue growth outlook of a decline of 1-2%, OR outlook of sub-60% and capital expenditure guide of $1.6 billion to $1.7 billion,” said Seidl. “We note that management had lowered the revenue growth in 2Q19 from low single-digit growth to this current decline of 1-2% outlook. Though macroeconomic uncertainty undoubtedly remains, we believe that CSX’s actions are a subtle but positive referendum that their business levels are stable. It is our opinion that the company’s full-year OR outlook is extremely achievable.”

“Service metrics are getting better, but at a much slower pace than CSX has been at hitting its promised financial targets,” said Railway Age Contributing Editor Jim Blaze. “The EPS growth pace is below the previous double digit-pace, and the operating ratio improvement is hitting the likely maximum attainable with PSR. It will be harder to improve the OR unless CSX finds ways to grow carload and intermodal units, and the resulting revenues.”

Similar to 2Q19, records were set, but revenue for the third quarter decreased by 5% over the prior year to $2.98 billion, as merchandise revenue growth was more than offset by coal and intermodal declines, CSX noted. Its expenses decreased 8% y/y to $1.69 billion, driven by “continued efficiency gains and volume-related savings.” The operating income was roughly flat at $1.29 billion, compared to the same period last year.

“Increasing cash-out flow via dividends and stock buybacks shows Wall Street centricity,” Blaze said. “Dropping capex has both a free cash flow and a limited operating expense impact on OR calculation, since some portion of capex is ‘expensed’ on the railroad’s Income Statement.”

“Despite the 3Q beat, our 4Q EPS estimate is unchanged, and our 2020 EPS estimate moves $0.05 lower as we run weaker coal yields starting in 4Q through our model,” said Railway Age Contributing Editor Roy Blanchard. “Our 2020 EPS estimate of $4.40 is now just slightly below prior consensus of $4.45.”

“With CSX’s high-end coal exposure and industry leading-margins, we naturally prefer some of the other railroads right now,” Blanchard added. “But if we’re getting close to thew bottom in volumes, we believe risk/reward is getting more favorable for CSX again as it is trading below 16x our 2020 EPS estimate, and at a 7% free cash flow yield next year with low capex levels that feel increasingly sustainable.”