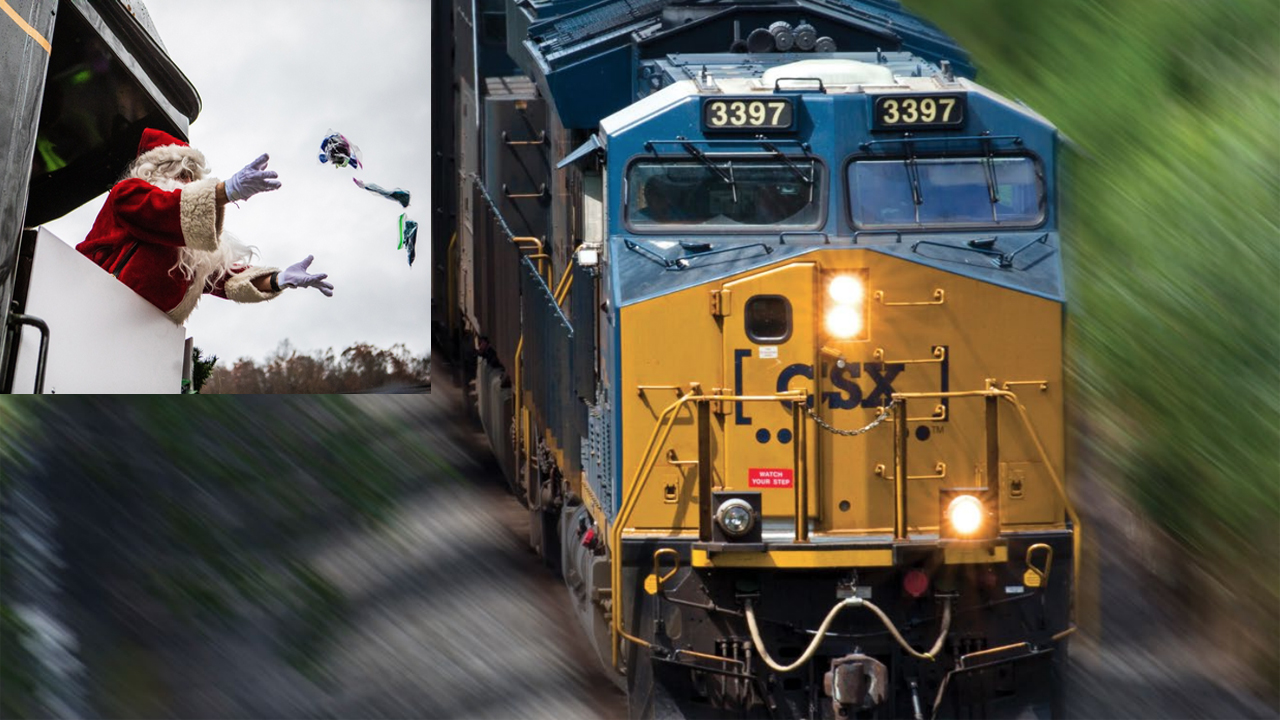 Marking its 80th anniversary, the CSX Santa Train will be back on the rails this year for the first time since 2019, the Class I reported Sept. 27.

After two years of drive-through events necessitated by the COVID-19 pandemic, the train will once again roll through Appalachia, making stops in Kentucky, Virginia and Tennessee to distribute more than 15 tons of toys and other items to children and their parents, according to CSX. The 110-mile former Clinchfield route begins at Shelby Yard near Pikeville, Ky., and ends at Kingsport, Tenn.

“The decision to run the traditional Santa Train on Saturday, Nov. 19, was made after an outpouring of support from communities along the route, as well as positive developments regarding staffing,” CSX reported. Initially, the railroad and its sponsorship partners Food City, Appalachian Power and Soles4Souls had planned another year of drive-through distribution events.

“The Santa Train is an important tradition, and running the train on its 80th anniversary and beyond was always our hope,” CSX Vice President of Corporate Communications Bryan Tucker said. “We can’t wait to see everyone along the route this year and for years to come. Our hope is to use the Santa Train tradition as a blueprint for community events and holiday trains in other parts of our network as well.”

CSX said additional details about the 2022 Santa Train will be announced soon.

CSX in 2017 rolled out the cosmetically restored, circa 1948 Clinchfield 800, a later-phase F3 that had been working in excursion service, to power the Santa Train, which was helped by Clinchfield 3632, a former Seaboard Coast Line EMD SD45 restored by East Tennessee Rail Car and volunteers with the Southern Appalachia Railroad Museum in Oak Ridge, Tenn.