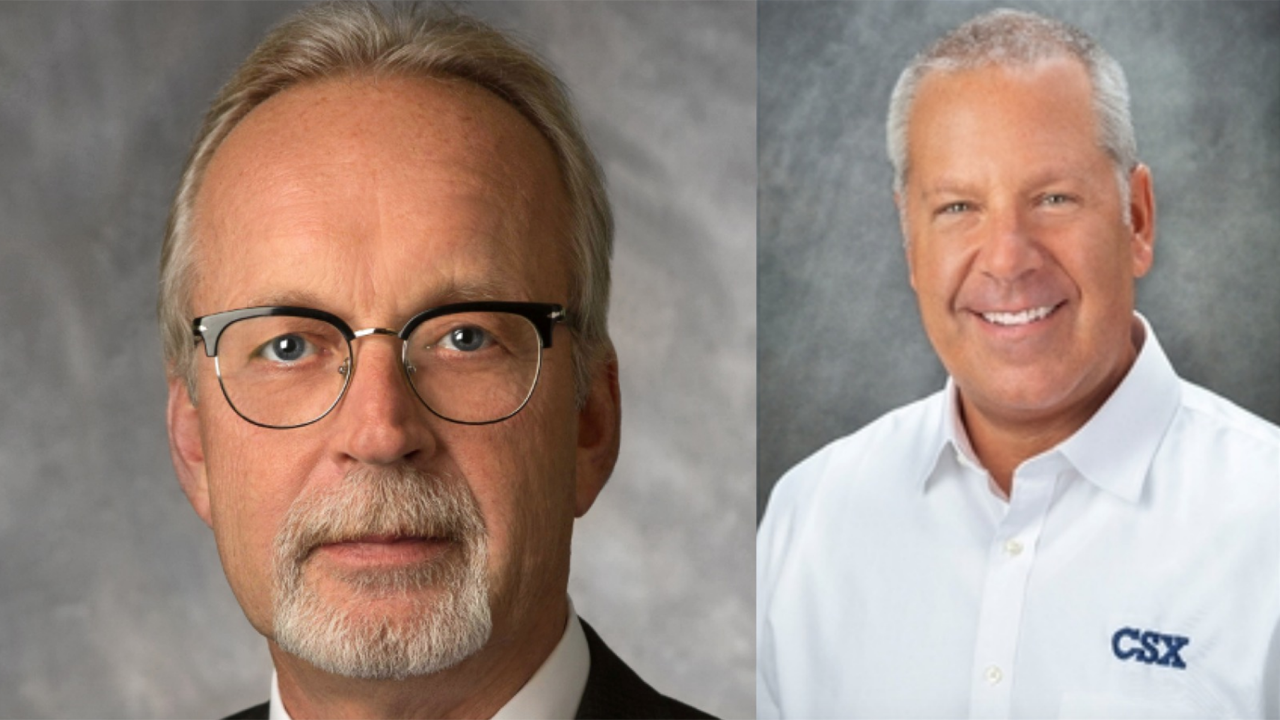 Foote, CSX said, will retire from the top leadership roles, as well as from the Board, but will remain with the Class I railroad through March 31, 2023 as an advisor “to facilitate a seamless leadership transition.”

Hinrichs served previously as President of Ford Motor Company’s automotive business. In that position, he led the company’s $160-billion global automotive operations, after having held the positions of President of Global Operations, President of the Americas, and President of Asia Pacific and Africa. Hinrichs has also served in executive roles in global manufacturing, materials planning and logistics.

Hinrichs also serves in advisory and Board positions of various companies including Exide Technologies, Luminar Technologies, microDrive, and First Move Capital. He previously served as a Senior Advisor at Boyden California, an operating advisor at Assembly Ventures, as well as a Director at Ascend Wellness Holdings; GPR, Inc.; Rivian Automotive, Inc.; and Ford Motor Credit Company. He was Chairman of the National Minority Supplier Development Council from 2016-19 and also served on the boards of CEO Climate Dialogue, Climate Leadership Council, and the US-China Business Council.

“This appointment is the result of a long and deliberate process, in which we identified the strongest candidate to lead CSX through its next phase of growth and transformation,” CSX Board of Directors Chair John J. Zillmer said. “Jim has been at the helm throughout most of the company’s transformation, producing record operating and financial results, focusing on sustainability, and emphasizing the importance of safety. We cannot thank him enough for his contributions to CSX, and his commitment to ensuring a smooth transition. The Board believes that Joe is a seasoned leader with the relevant experience to lead CSX forward with our full support.”

“Joe’s great strength is operational excellence,” Jim Foote said. “He enabled Ford to execute world-class manufacturing on a global scale, including prioritizing exceptional customer service. In addition to leading complex businesses over his 30-year career, he has proven that he understands how to prioritize safety and efficiency in an industry with dynamics that are similar to those we are navigating today in rail. On top of that, Joe truly believes that CSX’s people are critical to its success, and he is focused on forging strong relationships across the organization. Given his excellent track record around operational excellence and employee engagement, I am confident Joe is the right person to lead CSX.”

“I am honored to lead a company as strong and storied as CSX,” Joe Hinrichs said. “My focus on day one will be to continue to execute on the strategy the team has identified: leveraging CSX’s proven operating model as a leader in the railroad industry, to drive growth through innovation, harness transformative technology and build a one-team workforce through an engaging and inclusive culture. I look forward to working closely with the Board, leadership team, labor and government leaders, and the people of CSX to achieve operational excellence that meets industry demand and delivers for our customers and shareholders.”

Editor’s Commentary: As an automotive manufacturing executive, Joe Hinrichs is a long-time railroad customer. Some 70% of finished motor vehicles, as well as a significant percentage of subassemblies and major components—all of which are high-value, high-margin traffic—are shipped by rail. Logistics, just-in-time considerations and loading/unloading procedures as well as railcar design and ride quality are critical to success and satisfaction for customer and carrier. Motor vehicle manufacturers are part of the Association of American Railroads Damage Prevention & Loading Services (DP&LS), Multi-Level Pooling Executive Policy Committee (MPEC), Automotive Logistics Executive Committee (ALEC) and Specially Equipped Freight Car Committee (SEFCC) groups, which also include railroads, railcar and component suppliers and equipment leasing companies. In these respects, Hinrichs is uniquely qualified to understand and address rail service quality and operations. His appointment as chief executive at CSX is similar to that of JJ Ruest at CN, who came to the railroad industry following a long tenure with a chemical manufacturer/railroad customer. I spoke briefly with Hinrichs following this announcement. Twenty years ago, he ran Materials Planning and Logistics for Ford. “Rail was our biggest cost structure,“ he told me. He also told me that he believes his experience as a major railroad customer will be very beneficial to running CSX, and that addressing the service delivery challenges of the past two to three years will be his prime focus. Much more to follow! – William C. Vantuono