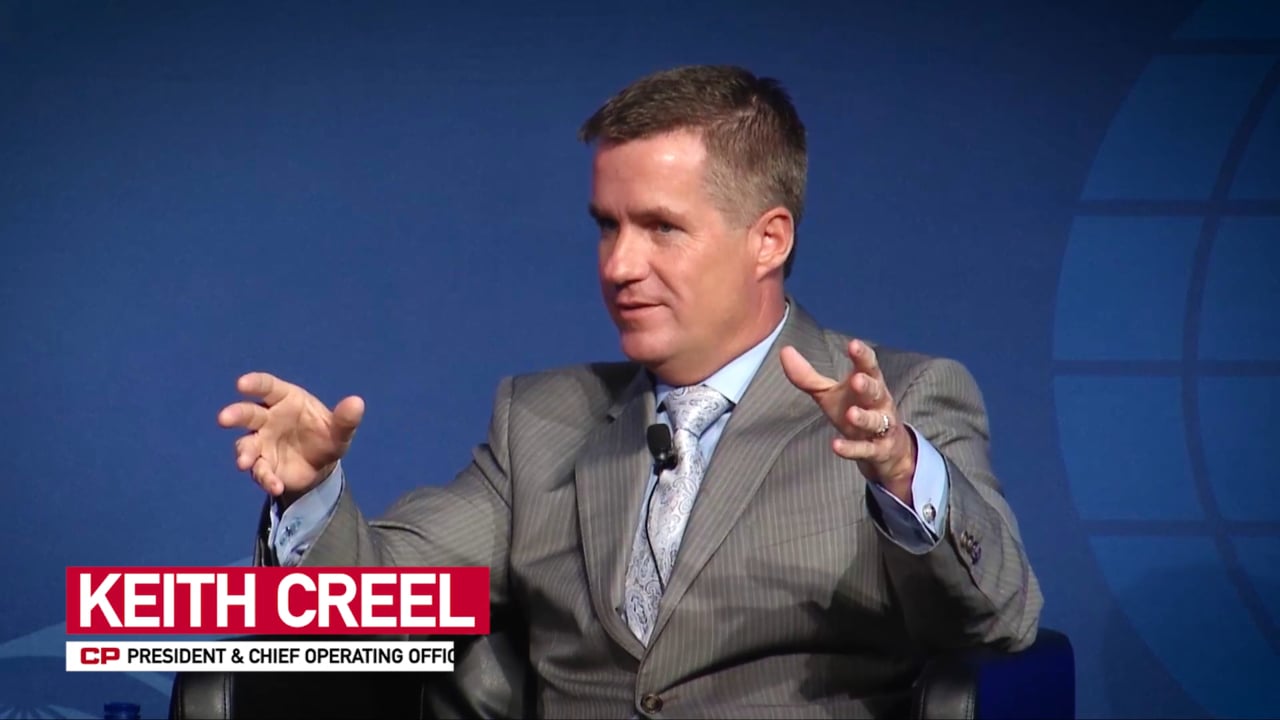 Canadian Pacific President and CEO Keith Creel has lashed out at the Canadian Transportation Agency’s (CTA) investigation of possible freight rail service problems at the Port of Vancouver, calling the agency’s probe “far-reaching” and “irresponsible.”

CP, said Creel, “is proud of its service performance in Vancouver. On behalf of our 13,000-strong CP family, including our more than 500 employees who work in Vancouver, I take great exception to having our company included in a formal investigation into rail service in the Lower Mainland. We have not been made aware of any formal complaints to the CTA relating to our service in Vancouver, nor has the CTA been in touch with us prior to launching this investigation. It is irresponsible to institute an investigation without at minimum reaching out to ask CP for information. We have always been forthright and cooperative with the CTA. The fact is that CP has achieved record-setting performance in Vancouver thanks to our talented team of railroaders who work day and night to make it one of the best performing terminals in North America.” “Are we perfect 100% of the time? No,” said Creel. “When we are not performing to the requisite level of service, I will be the first to step up and acknowledge it. The flip side of that coin is: When we are subject to unsubstantiated action, I will be the first to step up and defend the men and women who make this operation run.”

In November 2018, CP announced it had broken its previous record for carloads of Western Canadian grain and grain products shipped to the Port of Vancouver in a single month. In November, more than 17,150 carloads of Canadian grain and grain products were shipped on CP to Vancouver, a total of 1.54 million metric tons (MMT). “October 2018 was the company’s best month ever for shipping grain and grain products, moving 2.64 MMT to all destinations, with the majority transiting Vancouver,” CP noted. “CP’s intermodal franchise has the lowest on-dock dwell and best on-time performance at the Port of Vancouver. In terms of rail terminal performance, railcar processing time at CP’s Coquitlam yard improved by 21% in December 2018 vs. December 2017. CP’s Vancouver operations are critical to its overall network and to the broader North American economy. CP’s operation remains fluid through Vancouver.”

CP added that the railroad “prides itself on being a transparent supply chain enabler and is committed to working collaboratively with customers and the government to address valid concerns. CP also works closely with other Class I carriers to plan for [problems] and deal with them proactively. Recently, CP worked closely with CN in Vancouver, including by assembling blocks of cars for the CN to simplify last-mile operations, help ease congestion and expedite recovery. To further support recovery, CP implemented embargos and permits to help manage traffic into congested consignees.”

“CP will work with the CTA to better understand its concerns and will fully cooperate in the investigation as appropriate,” said Creel. “In the meantime, CP will continue to focus our attention and build on our success of delivering freight safely and efficiently for our customers during this critical winter period.”