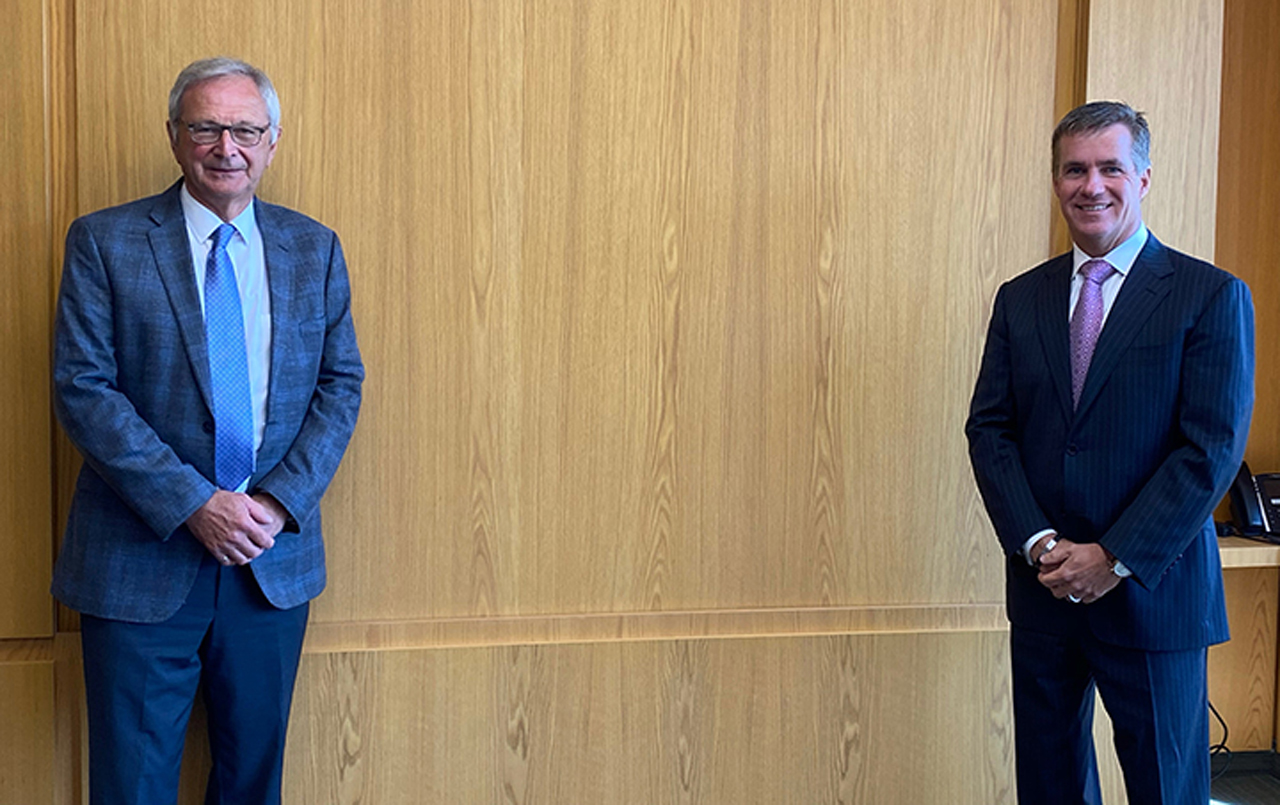 Canadian Pacific reaffirmed “its commitment to grow traffic at the Port of Saint John and stimulate economic growth and investment in New Brunswick” at a recent meeting with Premier Blaine Higgs.

With its purchase of the Central Maine & Quebec Railway, CP makes its return to Atlantic Canada. This expansion of CP’s network more directly connects Atlantic Canada to Montreal, Toronto and the U.S. Midwest (Chicago, Minneapolis, Kansas City), with an aim of creating “a competitive transportation service that will support economic growth in New Brunswick and throughout Atlantic Canada.”

The Port of Saint John is a deep-water, congestion-free port on Canada’s Atlantic Coast with the ability to handle cargos including containers, automobiles and bulk commodities. Together with the Port of Saint John, CP “offers access to major North American markets via the EMRY and NBSR, and a compelling transportation service which will help drive economic growth and support the Port’s $205 million modernization project.”

“The opportunities created by our return to the region are generational,” said Keith Creel, CP President and CEO. “We are excited about working with our customers and supply chain enablers in New Brunswick to grow the Port of Saint John, increase optionality and bring investment and economic development to the region. We look forward to safely and efficiently delivering for Atlantic Canada.”

“The return of CP is a game-changing opportunity for not only Saint John and New Brunswick, but for all of Atlantic Canada,” said Higgs. “This provides a competitive option for our region to access both domestic and international markets.”