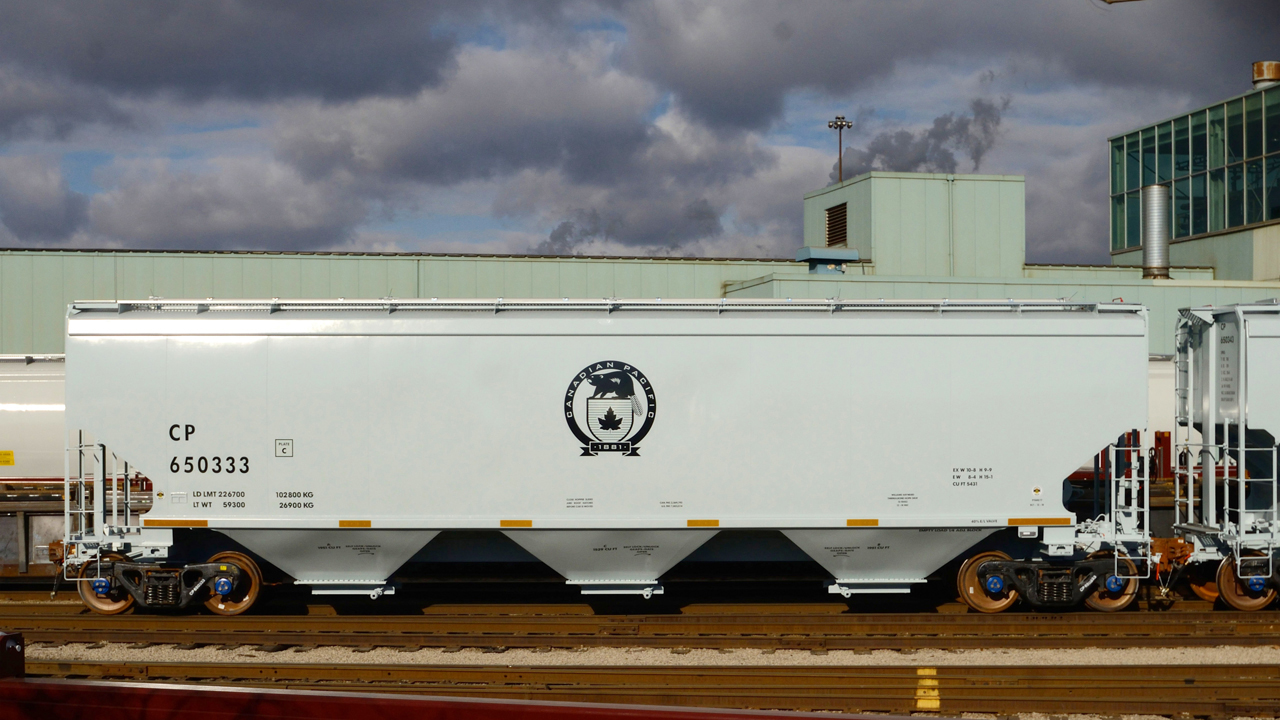 As of the end of May 2019, Canadian Pacific (CP) set a grain record by moving 22.5 million metric tonnes (MMT) of Canadian grain and grain products since the start of the 2018-2019 crop year.

Since last August, the transcontinental railway has moved 500,000 metric tonnes more grain than ever before, CP VP of Sales and Marketing, Grain and Fertilizers, Joan Hardy said. That, she added, bests the company record from the 2015-2016 crop year.

Also, CP moved 15 MMT to Vancouver through the end of May, breaking the prior record set in the 2016-2017 crop year by 5%. May was also a record month for grain products, not including whole grains, both from a carload and a volume perspective.

In addition, April 2019 was an all-time record month for Canadian grain and grain products, as CP moved a best-ever 2.643 MMT, passing the previous record from October 2018. In November 2018, the company broke its previous record for carloads of Western Canadian grain and grain products shipped to the Port of Vancouver in a single month, with 17,150.

CP seems poised to take on the growing haul. It now has more than 1,000 new, high-capacity hopper cars in its fleet with about 2,000 more set to be in use by year’s end. That number will only grow, as CP has a $500 million commitment to invest in 5,900 new, more efficient hopper cars.

“We continue to innovate in close collaboration with our customers and supply chain enablers, and we look forward to delivering for farmers and the North American economy as we close out this crop year and prepare for the next,” said Hardy.

“By the spring of next year, 20% of CP’s unit train elevator network will be loading the highly-efficient 8,500-foot HEP trains, which, coupled with the new hopper cars, can move up to 44% more grain per train,” said Hardy. “Together with our customers, we are creating capacity and driving efficiencies in the grain supply chain. We look forward to welcoming many more 8,500-foot HEP train loading facilities in the years to come.”