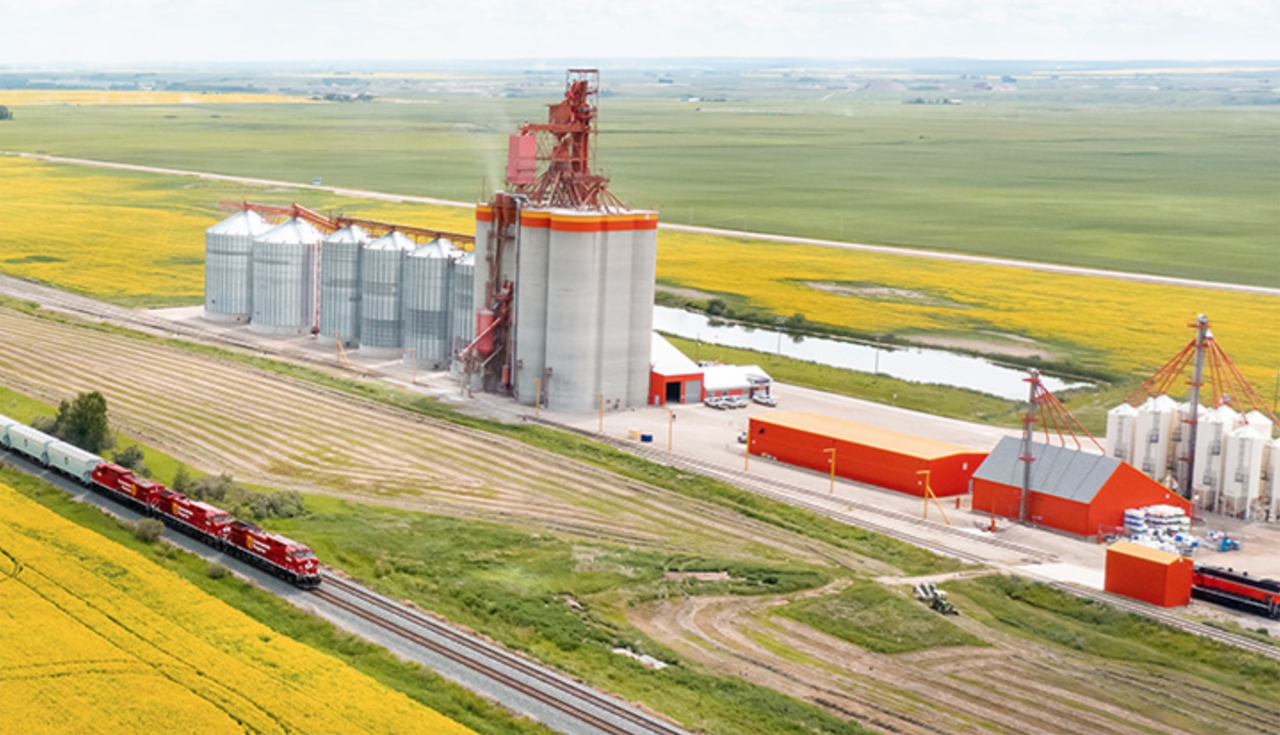 CP moved 7.72 million metric tonnes (MMT) of Canadian grain and grain products over the past three months—up 10.8% since its previous third-quarter record of 6.97 MMT in 2014.

For Canadian Pacific (CP), the third quarter brought record shipments of Canadian grain and grain products. The Class I moved 7.72 million metric tonnes (MMT) over the past three months—up 10.8% since its previous third-quarter record of 6.97 MMT in 2014. It also set a new September record for these shipments, moving 2.8 MMT and beating the prior September 2017 record by more than 8.4%.

“We are proud of the steadfast commitment and dedication the CP family has shown throughout the pandemic, which has been critical to Canada’s grain supply chain and to our customers,” CP Vice President Sales and Marketing Grain and Fertilizers Joan Hardy said. “The CP team showed itself ready for this fall’s harvest, supporting customers and their supply chains to get grain moving off the combine and to market. Customers tell us the crop that continues to come off the fields is large, and CP is ready to keep it moving.”

CP is boosting capacity with new hopper cars. In June 2018, the Class I announced plans to invest more than $500 million in 5,900 new high-capacity grain hopper cars within four years. (This represents 40% of the total hopper car fleet and enables the removal of all low-capacity hoppers.) CP now has 3,200 in service; it expects to add another 100-plus cars before the end of the year, according to its 2020-2021 Winter Contingency Plan Report.

CP’s average railcar load of wheat for the 2019-20 crop year was about 1.6 metric tonnes (MT) greater compared with the 2017-18 crop year, before the new cars started coming on-line. The cars carry 15% more volume and 10% more weight compared with the older cars. An 8,500-foot High Efficiency Product (HEP) train can carry in excess of 40% more grain than the 7,000-foot train model when combined with the additional capacity of the new hopper cars, according to CP.

The railroad added that customers are “actively investing in their elevator networks to accommodate 8,500-foot HEP trains. By year-end, more than 30% of the CP-served unit train loaders will be HEP qualified, increasing capacity and efficiency in the grain supply chain for customers and stakeholders.”

As outlined in its Winter Report, CP is “well positioned to move grain during the upcoming 2020-21 crop year. We plan to supply 5,850 grain hopper cars with CP-owned equipment each week, from August to mid-December and from April to July, subject to market demand.

“The Port of Thunder Bay is a major outlet for Canadian export grain shipment by vessel on the St. Lawrence Seaway. Winter weather typically forces the Port of Thunder Bay and the seaway to close from mid-December to March. Each week during this period, CP plans to supply 4,300 grain hopper cars with CP-owned equipment.

“In addition to these supply forecasts, CP anticipates moving on average 1,050 cars of grain products each week in customer-supplied equipment through most of the upcoming crop year.

“On a weekly tonnage basis, this equates to 648,600 metric tonnes (MT) of grain and grain products during the spring, summer and fall periods, and 502,900 MT per week during winter months when the Port of Thunder Bay is closed.”