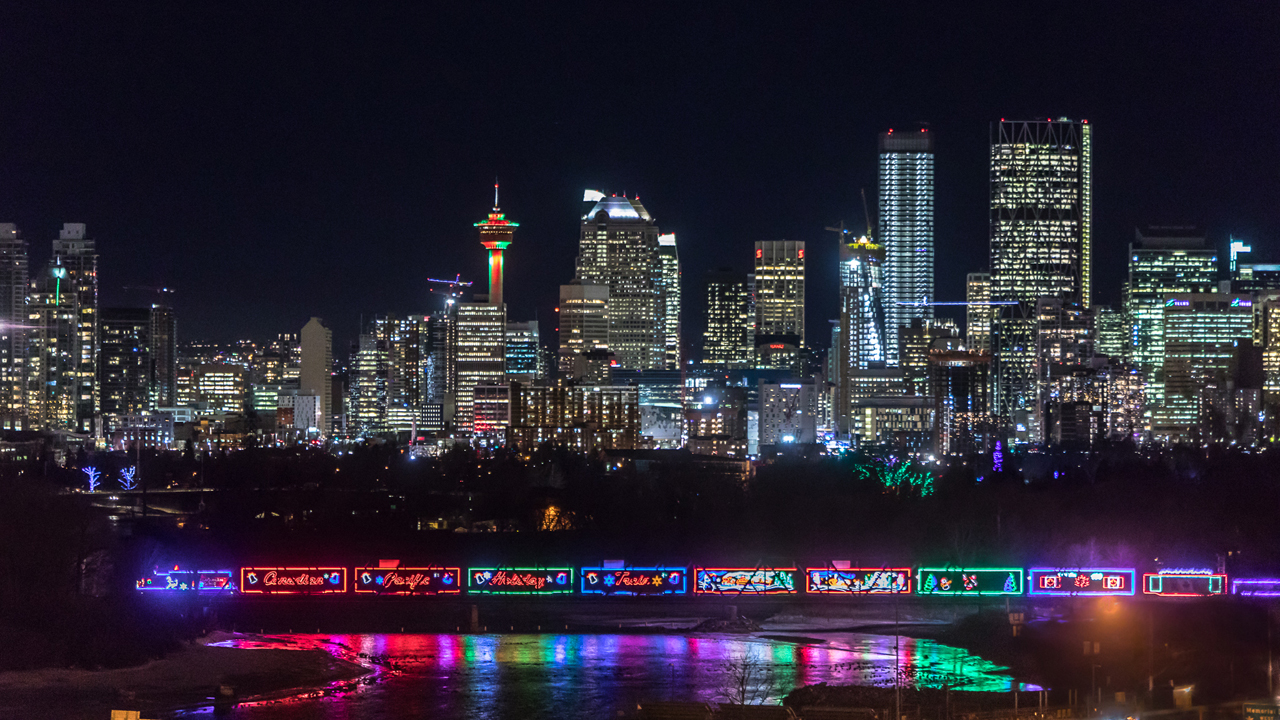 Canadian Pacific inaugurated its Holiday Train in 1999, and every year since it has traveled across Canada and the northern U.S., raising money, collecting food and drawing attention to the important work of local food banks. In its first 21 years, the train raised $17.8 million and collected 4.8 million pounds of food for local food banks in communities along CP’s network. This year, due to the COVID-19 pandemic, CP won’t operate the Holiday Train, but it will instead donate to food banks and host a virtual concert.

The modified program “will draw attention to food security issues, while ensuring donations go to all food banks that would ordinarily receive them, including those that typically host a Holiday Train event in alternating years,” CP said. “Live music has always been part of the CP Holiday Train tradition. To maintain that tradition, CP will produce a benefit concert,” with details to be announced.

“COVID-19 has created many challenges for communities across our network and has only increased the need at local food banks and food shelves,” said CP President and Chief Executive Officer Keith Creel. “It is our honor to continue to donate to communities across our network this year, even if the train itself will not run. The spirit of the Holiday Train program and the Christmas spirit will carry on this year through our virtual concert. We will have the Holiday Train rolling again spreading Christmas cheer as soon as it’s safe to do so!”

“We are very excited that CP has chosen a safe way to keep the spirit of the CP Holiday Train rolling in support of local food banks like ours in these challenging times,” said Calgary Food Bank President and CEO James McAra. “The need for food bank services has risen substantially over the course of this year and heading into the high-demand winter months. We hope CP’s concert will prompt the train’s supporters to give as generously as they’re able.”

“We support CP’s decision to hold a virtual concert instead of hosting events that encourage local gathering, though we’ll miss the train’s bright lights and in-person shows,” said Kristine Martin, President of East Side Neighborhood Services, a Minneapolis-based Holiday Train beneficiary food bank. “CP’s generous donations to East Side Neighborhood Services over the years have helped us provide nutritious food to people who have difficulty accessing traditional food shelves or grocery stores. This year, being able to continue providing those services has been even more important. We’re thankful to CP for their continued support and donations again this year.”

CP said it intends to resume operating the Holiday Train tour in 2021.