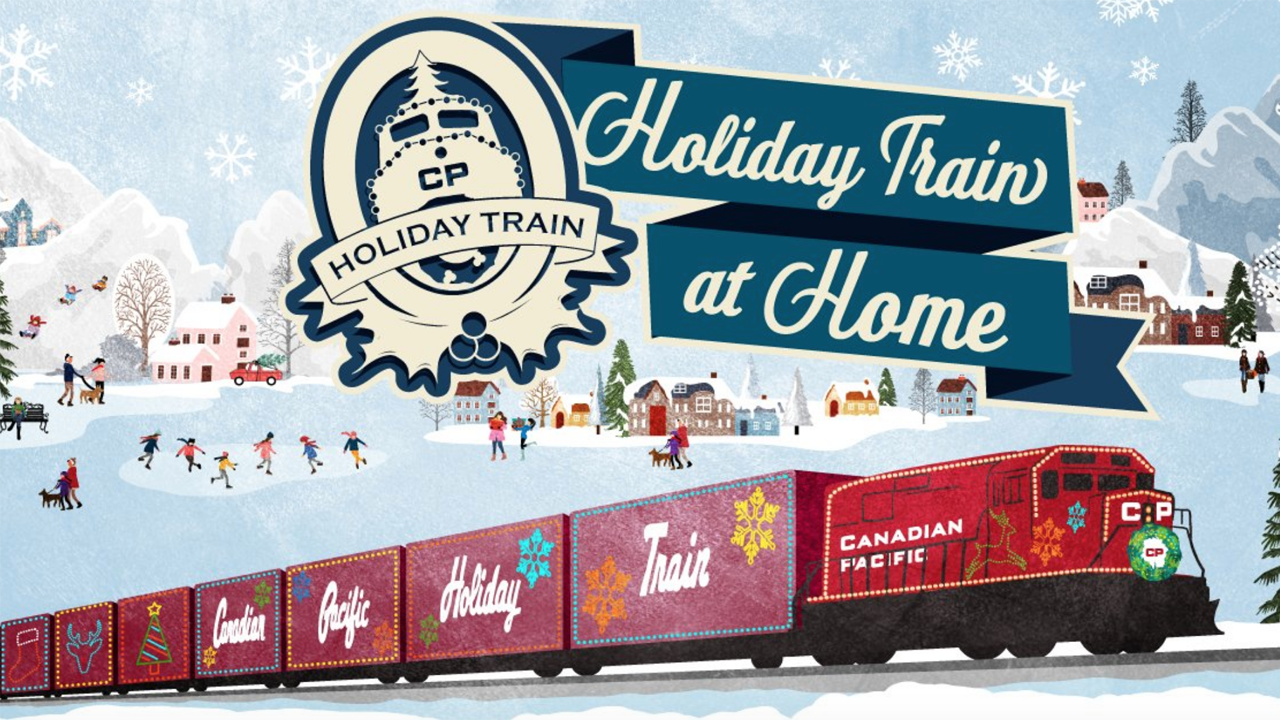 Canadian Pacific (CP) in 2021 will again broadcast a virtual concert and encourage Canadians and Americans to donate to its annual Holiday Train program supporting food banks across its network.

The Holiday Train—which traditionally stops in more than 170 communities—will not run this year, but CP will again donate to all food banks that would ordinarily benefit from a stop. The Class I railroad will also hold its annual concert virtually. It has featured performances by Terri Clark, Jim Cuddy, Dallas Smith, Sheryl Crow, Johnny Reid and Sarah McLachlan, among others. Serena Ryder and The Trews headlined the 2020 event, which was the first to be virtual due to the pandemic and did not include the special train. Details of this year’s concert will be announced in the weeks ahead, according to CP.

Since its inception in 1999, the CP Holiday Train program has raised $19.4 million and collected 4.9 million pounds of food for community food banks along CP’s network.

“The spirit of the Holiday Train is about giving generously and inspiring those around us to give as well,” CP President and CEO Keith Creel said. “While we are disappointed we again cannot bring the Holiday Train to communities, we are honored to run a virtual program and continue to support communities and food banks across our network as they work to address food insecurity in North America.”