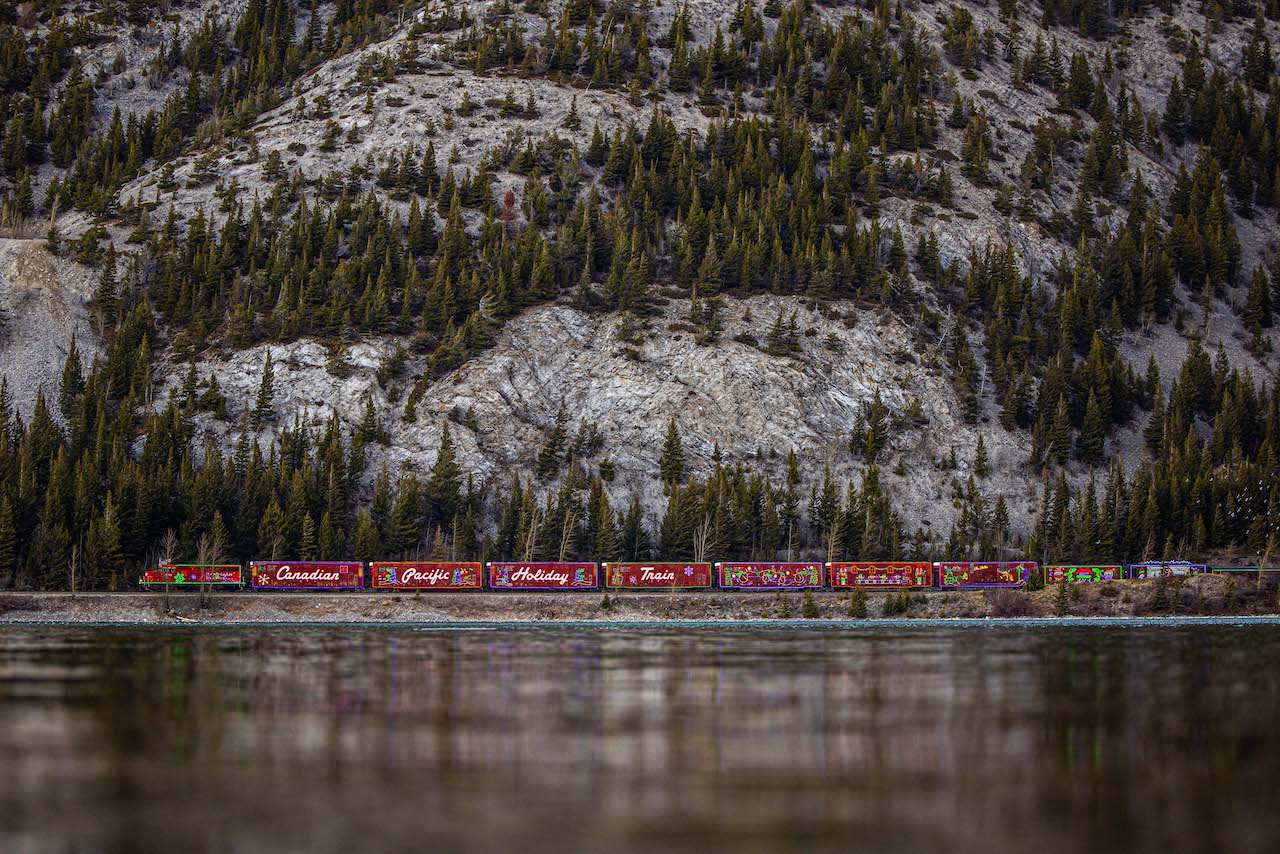 The Canadian Pacific (CP) Holiday Train program begins its 2022 live tour this week after two years of virtual concerts, with the first of two brightly decorated trains departing the Montreal area for the opening shows of the tour on Nov. 23 in Maine.

Over the next four weeks, the CP Holiday Train program, which includes shows for the first time in Maine and the Eastern Townships of Quebec, will raise money, food and awareness for local food banks with 168 performances in two countries. The two trains will make stops in communities on CP’s rail network in eight U.S. states and six Canadian provinces and will return to Kansas City’s Union Station for the first time since 2018 with a special show on Dec. 4. The final show of the 2022 tour will take place in Port Coquitlam, B.C., on Dec. 18.

“The CP Holiday Train, now in its 24th year, celebrates family, community and service to one another,” said CP President and CEO Keith Creel. “We hope the train’s bright lights and music foster celebrations across Canada and the U.S., bringing with those celebration a reminder of our duty to help those less fortunate this holiday season.”

According to the Class I, since its inception in 1999, the CP Holiday Train has raised more than $21 million and collected five million pounds of food for community food banks along the railroad’s network.

“I have always had this someday dream of riding a train and playing some music and I can’t believe that’s actually happening this Christmas. I’m so excited for the Holiday Train,” said Tenille Townes, one of eight headlining musicians touring with the train. “I can’t wait to see so much of Canada from the snowy window view and meet up with our friends coming to the shows we are playing all along the way. And it’s all in support of the food bank and making sure people are fed and taken care of this holiday season.”