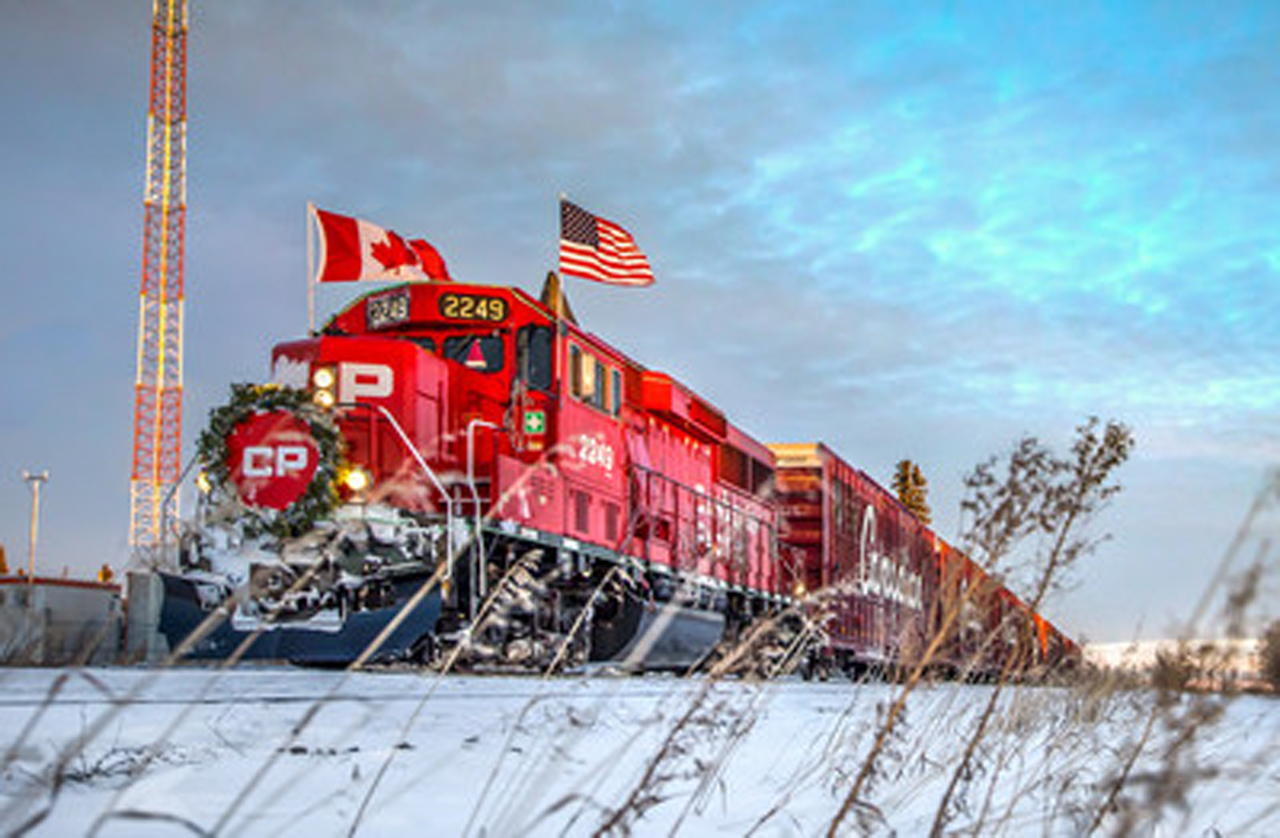 Beginning in Montreal on Nov. 25 and 26, two trains make their festive journeys, traveling through the U.S. and Canada, respectively. Acadian folk-music group Vishtèn will perform at all stops in Quebec, the starting point for both trains.

After kicking off the program in Quebec, Alan Doyle and Beautiful Band will travel along CP’s mainline to perform in communities in New York and southern Ontario. Meghan Patrick, Tanika Charles and Kelly Prescott will pick up the tour in Chicago and finish the train’s journey back to Canada with the final show in Gleichen, Alta., on Dec. 18.

The second train, which travels across Canada, will follow CP’s tracks west to Vancouver. Performing free concerts from Montreal to Calgary are Scott Helman and Madeline Merlo. Terri Clark will join the train in Calgary with another talented musician to be announced later, wrapping up in the Vancouver area on Dec. 17.

The entire schedule for the 2019 CP Holiday Train program can be found here.

“The CP Holiday Train brings CP’s caring employees and caring neighbors together to ensure that local food banks can help the Canadians that make 1.1 million visits to food banks in a month and provide them with the ability to break bread over the holidays,” said Chris Hatch, Chief Executive Officer, Food Banks Canada. “Food banks and communities across Canada look forward to the train as it brings together neighbors to kick off the holidays and give back at the same time. We are so grateful for CP’s continued support to help us build a Canada where no one goes hungry.”