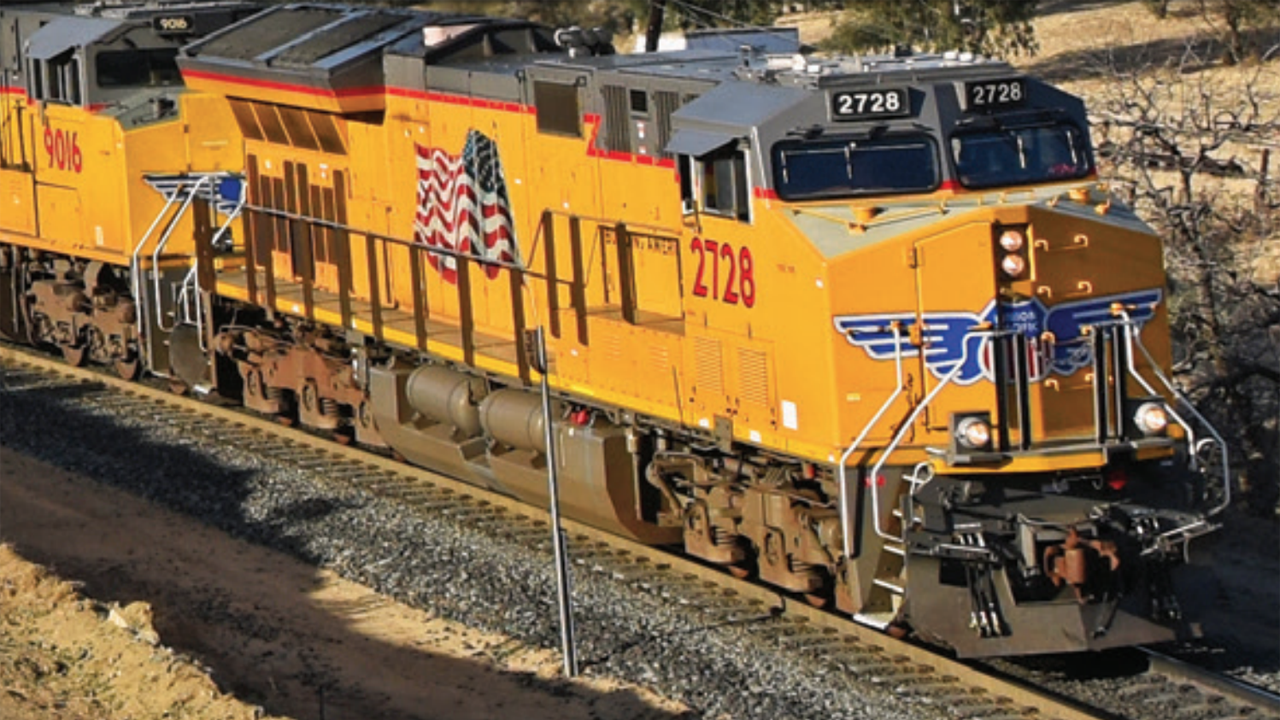 Novelist F. Scott Fitzgerald wrote, “Let me tell you about the very rich. They are different from you and me.” They also are very different from the labor union brothers and sisters they employ.

Take, for example, Union Pacific (UP), which boasts of a spectacularly successful 2021—a 42% return on equity versus 18% for the rail industry, and more than $6 billion in stock buybacks over the past five years. Executive compensation, which includes stock options and year-end bonuses, can reach into the millions of dollars annually.

While UP’s union-represented employees (as with peers on other Class I railroads) are in the top 6% of wage earners nationally (often topping $100,000 annually), and receive top-of-the-heap healthcare insurance (paying a fraction of its actual cost), employee compensation is in exchange for irregular on-duty hours, significant time away from home, strained family relationships, and amplified health and safety hazards. This is more fully described in an April 18 regulatory filing by a UP locomotive engineer (read: ‘The Game Has Changed’).

While UP’s train and engine workers are considered blue collar, they refer to carrier officers as “the suits,” the difference extending beyond dress code to how meetings are conducted. In gatherings of “the suits,” decorum is sedate, with courteous discourse—the dry martini and gimlet crowd. In labor union meetings, tempers often flare, discourse can be crude and fists sometimes fly—the beer and a shot throng.

But what business is it of “the suits” to question the decorum and discourse of labor union meetings—even nightly brawls in noisy halls if held outside the workplace and off the clock? That’s a rhetorical question, because in no uncertain terms, the U.S. Fifth Circuit Court of Appeals, in affirming a lower district court decision, ordered UP’s “suits” to cease sticking their nose into labor union internal affairs.

This latest rail management comeuppance—latest because the Occupational Safety and Health Administration has frequently admonished and fined numerous railroads for retaliating against employees reporting safety violations—traces to a Brotherhood of Locomotive Engineers and Trainmen (BLET) Division 192 meeting in El Paso, Tex.

Tensions were elevated between the division’s leadership, which implored members not to accept “extra shifts” offered by UP (citing elevated safety risks and a preference for new union-dues-paying hires) and those members who rejected the union leadership’s policy position and accepted the “extra shifts” to earn additional pay.

So it was one early March evening in 2021, shortly before the start of a Division 192 meeting at an El Paso restaurant, that one union member, who had been accepting the “extra shifts” in defiance of the local’s elected leadership’s wishes, delivered a haymaker punch or two to the division’s local vice chairperson who allegedly had been harassing him over his personal choices. Shouting, shoving, more fists and mild mayhem followed in the restaurant’s parking lot in a scene hardly representative of meetings called by UP CEO Lance Fritz, who frequently speaks of “relationships,” “values” and “teamwork.”

Following his delivery of the bare knuckles message to the second in command of Division 192, the management-friendly union member filed with UP management a complaint of harassment against both his vice chairperson and chairperson. In response, “the suits” cited a UP rule against the picking of “quarrels” (eerily similar to charges China’s government uses to imprison independent thinkers and speakers). The rule against quarrels, and a second rule against “violence and abusive behavior in the workplace” were then enforced selectively by UP.

Division 192’s chairperson and vice chairperson, along with three other of the division’s elected leaders—the fellows advocating against management’s quest to substitute “extra shifts” in lieu of UP hiring more crews and/or reinstating furloughed workers—were suspended indefinitely by “the suits.” Left unscathed (as to discipline and continued employment) was the management-friendly union member who allegedly landed the first punch, ensuring his continued availability to accept “extra shifts.” This was, said the appellate court, despite a UP “policy to discipline every participant in a physical altercation.”

Although UP alleged the matter was a “minor dispute” under the RLA, requiring binding arbitration, the appellate court agreed with the district court that “Union Pacific had used its disciplinary proceedings as pretext for undermining the union” and that courts had jurisdiction to “address claims that carrier actions reflect antiunion animus and undermine the effective functioning of the union.”

The appellate court upheld the district court’s granting of a temporary injunction against the suspensions and an order that UP reinstate those suspended, holding that there was a “strong likelihood” the union would prevail in showing UP violated the RLA.

Rail union officials have long alleged that no industry works so hard to attract qualified applicants and then works so hard to discipline and fire them. It is a subject the Surface Transportation Board (STB) may wish to pursue at its April 26-27 hearing, “Urgent Issues in Freight Rail Service,” as crew shortages have been prominent in discussions of rail service failures.

One issue of concern to STB Chairman Martin J. Oberman is whether railroads are being pressured by Wall Street analysts to reduce operating ratio. There are other allegations that railroads have reduced headcounts to reduce costs, creating train-crew shortages resulting in reduced service on marginally profitable lines of business, and that carriers are coercing train crews to work additional shifts to limit hiring and thus save on training costs and benefits, such as employer provided healthcare insurance that costs railroads some $1,700 per employee per month (with employees paying under $230 monthly).

Railway Age Capitol Hill Contributing Editor Frank N. Wilner, author of “Understanding the Railway Labor Act,” is a former director of public relations for the United Transportation Union and its SMART-TD successor, a former assistant vice president for policy at the Association of American Railroads, a former STB chief of staff, and held management positions with the former New York Central and Penn Central railroads.