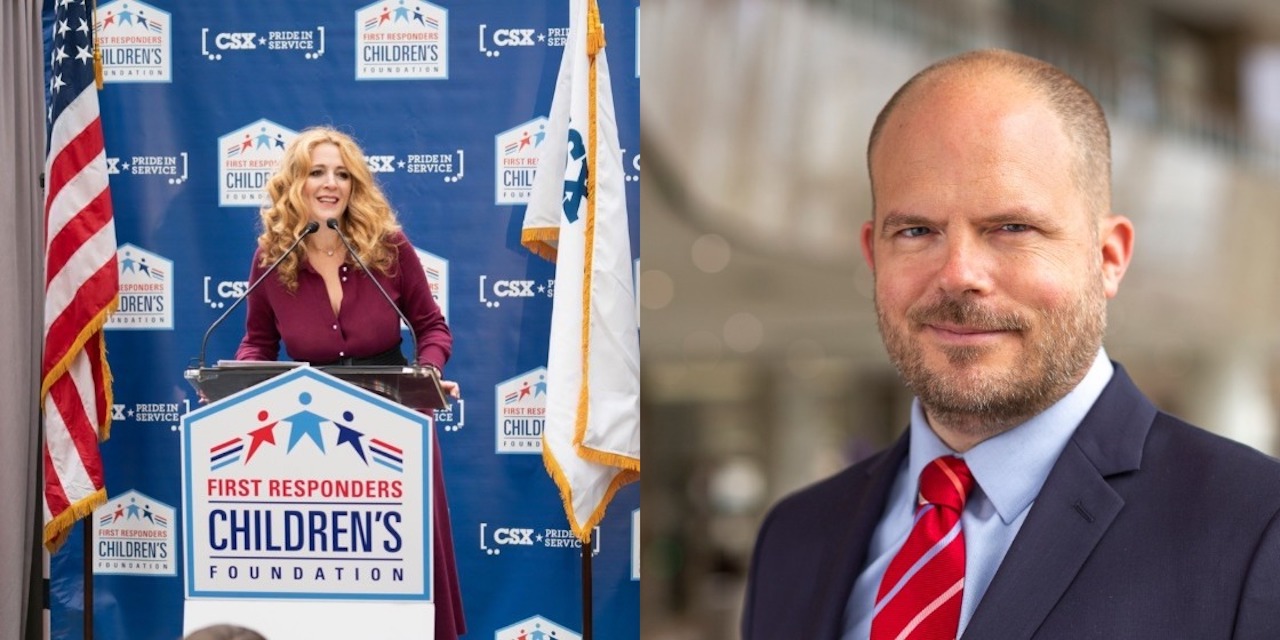 FRCF, a national nonprofit that provides financial relief to the children of first responders who have been injured or died in the line of duty, in partnership with CSX, announced on Oct. 4 the names of 15 students who will receive the CSX Pride in Service Scholarship for the 2022/2023 academic year.

The CSX Pride in Service Scholarships have been awarded to children of first responders in communities where the company operates, including a total of 192 scholars in 26 states. Each scholar is awarded a grant for a single academic year. According to FRCF, awards are based on financial need, as well as academic merit, demonstrated leadership, outstanding performance in the arts or sports and community volunteerism. Recipients are encouraged to reapply annually for a maximum of four years.

“We are so thankful to CSX for their continued support of first responders and their families,” said FRCF President and CEO Jillian Crane. “CSX understands the importance of giving back to these families, many of which have given the ultimate sacrifice.”

According to FRCF, the CSX Pride in Service scholars come from diverse backgrounds and are pursuing a range of academic disciplines, including accounting, economics, engineering, finance, history, illustration, law and marketing. Many, FRCF adds, are following in the footsteps of their parents by entering fields closely tied with serving their communities, such as criminal justice and nursing.

“We are very proud of this year’s class of CSX Pride in Service scholars, and we are grateful for our partners at FRCF that help make these scholarships possible,” said CSX Vice President of Corporate Communications Bryan Tucker. “At CSX, we are committed to serving those who serve, which includes supporting the entire family unit surrounding first responders. It is such an honor to help them pursue their education, while perpetuating a cycle of service.”

This year’s recipients include:

Makenzi Whittemore from Kissimmee, Fla.: Makenzi is an incoming junior studying Criminal Justice/Criminology at the University of North Florida in Jacksonville, Fla. She is the daughter of a firefighter/EMT with Osceola County Fire Rescue.

Jacqueline Drago from Mechanicsville, Va.: Jacqueline is an incoming freshman studying nursing at Longwood University in Farmville, Va. Jacqueline is the daughter of a Richmond Police Department Hit and Run Detective.

Sienna Palella from Ruskin, Fla.: Sienna is an incoming junior studying Law/Criminal Justice at Rowan University in Glassboro, N.J. Sienna is the daughter of a Barnsboro Fire Department disabled firefighter.

Jadyn Cunningham from Barrington, N.H.: Jadyn is an incoming freshman studying nursing at the University of Southern Maine in Portland, Maine. Jadyn is the daughter of a medically retired firefighter/paramedic with the City of Dover Fire and Rescue.

Lauriana Waddell from Thomasville, Ga.: Lauriana is an incoming freshman studying Elementary Education at Valdosta State University in Valdosta, Ga. Lauriana is the daughter of a 911 Dispatch Lieutenant with Thomas County Emergency Services.

Matthew Rivera from Spotswood, N.J.: Matthew is an incoming senior studying Health Services Management at West Virginia University. Matthew is the son of a parole officer with the Fugitive Squad.

UP released on Oct. 4 a letter to its customers announcing that the grace period for the mandatory Carta Porte requirements, which have been in place since January 1, 2022, has been extended by the Mexican government until December 31, 2022.

According to UP, Carta Porte is “an annex to the Digitalized Tax receipts that will help Mexican tax authority certify the ownership/type of goods, origin/destination, and mode of transportation.” Since it was instated, the Mexican government has allowed a grace period with no penalties for non-compliant shipments.

However, beginning January 1, 2023, shipments moving into, out of, or within Mexico with missing or incorrect information will be subject to penalties from the Mexican government, UP wrote in the letter.

UP said in the letter that it has begun to audit current EDI submissions for Carta Porte data accuracy and will be contacting customers to “ensure full compliance by December 1, 2022.” To avoid delays and subsequent congestion at the border, effective January 1, 2023, UP says it will begin rejecting waybills (EDI 404 and EDI 417) for incorrect or missing Carta Porte information. The letter also encouraged customers to ensure that waybill submissions are in compliance with Carta Porte requirements, which include the following:

According to the letter, UP says if customers have missing information that delays the shipment from crossing the border, the railroad will assess a charge to hold that car until the required paperwork is received. After the expiration of the applicable processing time, “Document Delay” charges of $300.00 per car per day, or fraction thereof, will be assessed if a rail car is set out at a UP yard due to customs clearance and/or government legal requirements not being obtained or met.

Through the Rural Projects Act (LB 40), which authorizes funding for the construction of industrial rail parks in rural counties and was signed into law by Gov. Rickett in 2021, Nebraska has awarded a $30 million grant to the North Platte Area Chamber & Development Corp. (Chamber) to build an industrial rail park on 300 acres near Hershey.

As part of its “successful grant application,” Gov. Rickett says the Chamber demonstrated a commitment of at least $7.5 million in local funding for the project. And in September, the Chamber announced it is seeking a partner to build a soy crush plant at the rail park with capacity to crush more than 36 million bushels of soybeans per year.

Following discussions with the rail park’s supporters, Gov. Ricketts thanked local government officials, area business leaders, and UP for “their vision to use the state’s railroad infrastructure to help grow Nebraska.”