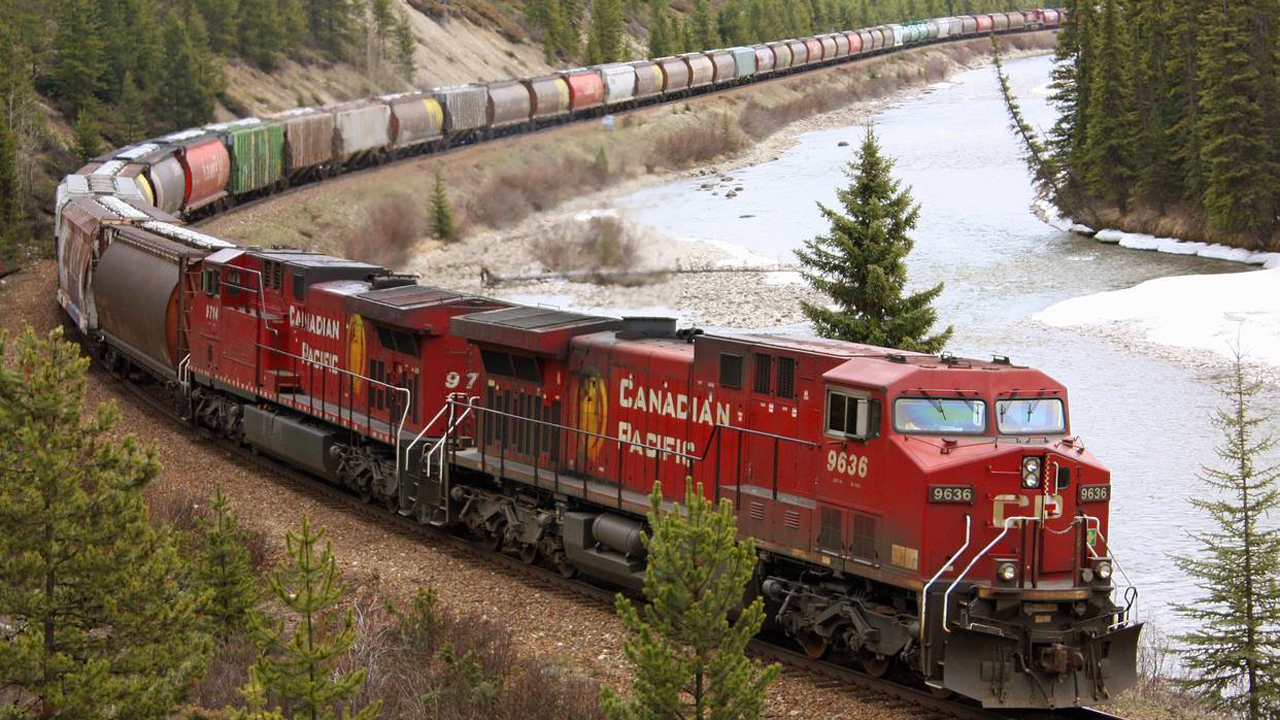 Two Canadian agricultural groups, Pulse Canada and the Western Grain Elevator Association, have launched a campaign called “Canada’s Ready,” described as a grassroots public awareness campaign to “show Canadians and the world that our farmers, processors and exporters are ready to step up and deliver,” and “to ensure there are no weak links in Canada’s agriculture supply chain,” the most important segment of which is railroads.

“Canada’s Ready”* “encourages anyone working in the agriculture industry to participate by taking a photo on the job and sharing it online with the hashtag #CanadasReady,” the campaign said. “The fall of 2022 represents the most important harvest in a generation. Canada’s farmers, processors and exporters are being called upon by governments and countries around the world to step up to help alleviate the extreme pressure on the global food supply being caused by the war in Ukraine and global supply chain challenges stemming from the COVID-19 pandemic.”

The campaign says it’s calling for “increased transparency throughout Canada’s shipping logistics systems. Canada’s two major railways (Canadian Pacific and CN) will soon submit to the government their grain plans for the 2022-23 grain year. Canada’s agriculture industry at large has developed a four-point plan to ensure that farmers, processors, exporters and consumers in Canada and around the world have confidence not only in these plans but in Canada’s overall ability to deliver.

The ag groups added they are “committed to continue to play a constructive role to improve Canada’s overall supply chain resiliency and build its international reputation as a reliable shipper of agricultural goods.”

“Canada has committed to countries around the world that we would be there to help feed them in their time of need,” said Kevin Auch, Chair, Pulse Canada. “Canadian growers are ready and have invested to meet this challenge. With the eyes of the world on our system, it’s time for increased transparency to prove we can deliver. We encourage growers to show their support by engaging online while getting this much needed crop in the bin and on its way to a world hungry for Canadian grain.”

“Grain processors and exporters have consistently invested to expand Canada’s capacity to store and move grain,” said Wade Sobkowich, Executive Director, Western Grain Elevator Association. “A large crop is expected, and demand for Canadian grain is on the rise. By implementing our plan, we can show that Canada’s Ready to do what we do best—supply quality grain to consumers here at home and around the world.”

Pulse Canada is the national association representing growers, traders and processors of Canadian pulses (dry peas, beans, lentils and chickpeas). The Western Grain Elevator Association is an association of grain businesses operating in Canada that collectively handle in excess of 90% of western Canada’s bulk grain exports.

*Editor’s Note: “Canada’s Ready” is grammatically incorrect, since “Canada’s” is a possessive noun. It should be “Canada Is Ready.” Canada’s Railroads Are Ready! Just sayin’, eh? – William C. Vantuono