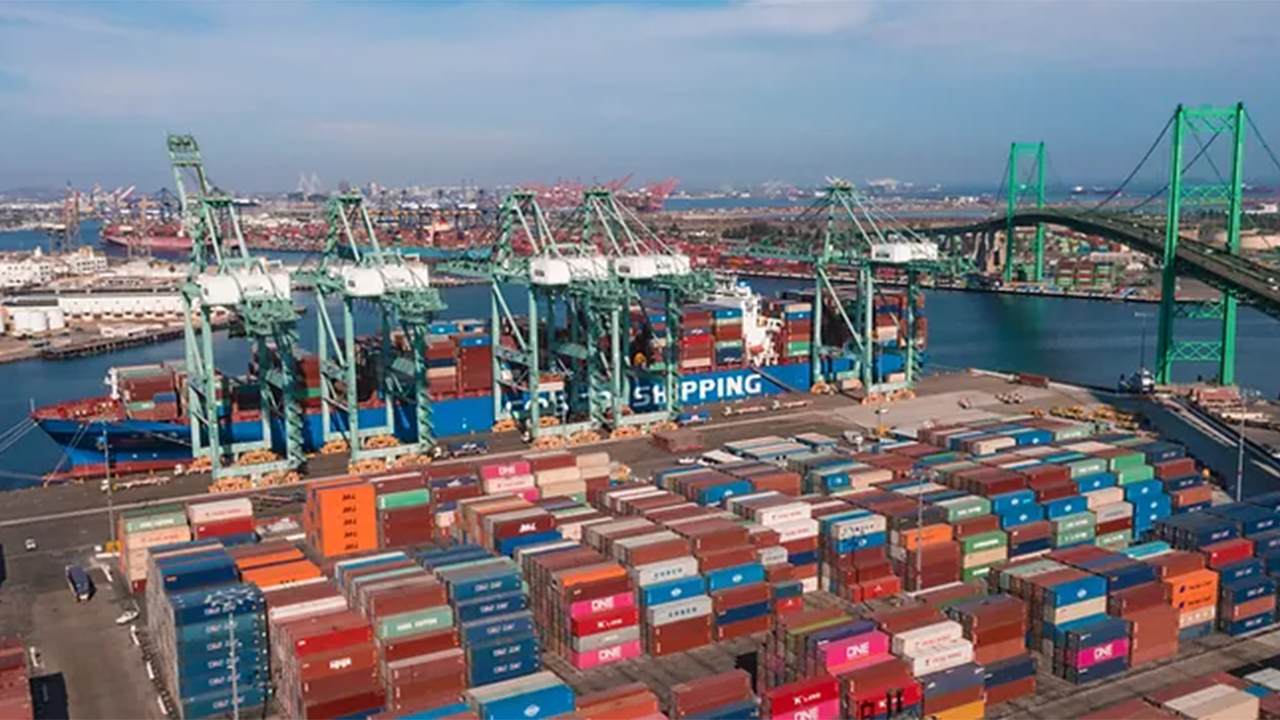 The proposed Mojave Inland Port will have the capacity to handle approximately three million containers per year, Pioneer Partners says.

As container volumes entering the U.S. continue to increase, the proposed Mojave Inland Port–the only inland port fully permitted in California–will help alleviate “port congestion pandemic,” according to Pioneer Partners, a private holding company that is spearheading the project.

The first-of-its-kind facility, which is located 90 miles from the San Pedro Bay, will have the capacity to handle approximately three million containers per year, is expected to break ground in 2023 and be fully operational in 2024, according to Pioneer Partners. Containers will be offloaded from ships onto shuttle trains for direct transport through the Alameda Corridor directly to Mojave, where they will be distributed, resulting in an economic benefit of more than $100 million along the Alameda Corridor, according to Pioneer Partners.

This project could not come at a better time, Pioneer Partners says, with annual container volume expected to increase from 20 million containers today to 34 million by 2030–even if Gulf and Atlantic ports upgrade. The Mojave Inland Port will be a “critical relief valve, absorbing a significant portion of this increased traffic and processing it in a more efficient, environmentally friendly, and less disruptive way,” the company says, adding that the project also has the upside of enabling Kern County to “stake out a position as a key shipping center capable of attracting large retail and distribution businesses to invest in the area surrounding the Mojave Inland Port, paving the way for sustained economic growth.”

The new method of moving containers, used by other large ports, such as Rotterdam, London and Singapore, also has a significantly lower environmental impact than the current system, Pioneer Partners says, which involves multiple moves of each container by truck, many of which are forced to idle for hours while waiting to receive and offload containers. By shifting more of this traffic onto rail lines and reducing the amount of time trucks must wait at the port, the company says California can process an increasing number of containers while producing less air pollution, a perennial concern in the Los Angeles Basin.

Located on more than 400 acres immediately adjacent to the Mojave Air & Space Port, the inland port will have ample space to process these containers. The site is served directly by rail, including Union Pacific (UP), and by two major highways, State Highways 14 and 58. According to Pioneer Partners, it is the largest site in California operated by all three modes of transport–road, rail, and air–and is among the largest in the U.S. Once completed, the Mojave Inland Port, the company says, will also be one of the rare hubs in the entire world that can offer transportation options of rail, rubber-tire, air and space.

“The Port of Long Beach has seen record container traffic in recent years, which shows no sign of slowing down,” said Mario Cordero, Executive Director of the Port of Long Beach. “Being surrounded by the dense urban areas of Long Beach and South Los Angeles, there is limited real estate available. The Mojave Inland Port is the type of innovative solution that will alleviate congestion and allow dockworkers to do their jobs more efficiently, getting goods to businesses and consumers faster. It will also ensure the Port of Long Beach can adapt to growing demand and continue to be an engine of economic growth.”

According to Pioneer Partners, the Mojave Inland Port will:

Once fully operational, the Mojave Inland Port, the company says, will also offer a substantial annual economic benefit at the local and state levels by:

The project took another step forward on Aug. 9 when the Kern County Board of Supervisors issued a proclamation to support the approved site plans for the Mojave Inland Port. The proclamation, Pioneer Partners says, adds further momentum to the inland port project. With site plans now zoned and approved, Pioneer Partners, which recently completed a similar comprehensive development project in Nevada (Cadence) [to the port], will work with Kern County officials to secure building permits as part of the next phase of the development process.

“We want to thank the State, Kern County, the federal government, and all of our supporters and stakeholders for helping to make the dream of an inland port in Mojave a reality,” said Richard Kellogg, Chair of Pioneer Partners. “This one-of-a-kind project will help unsnarl the congestion in the twin ports of Los Angeles and Long Beach; it will help the national economy by reducing pressure on the supply chain; it will help the local economy through job creation. Goods will get to businesses and consumers faster and more efficiently. We can’t wait to get started.”