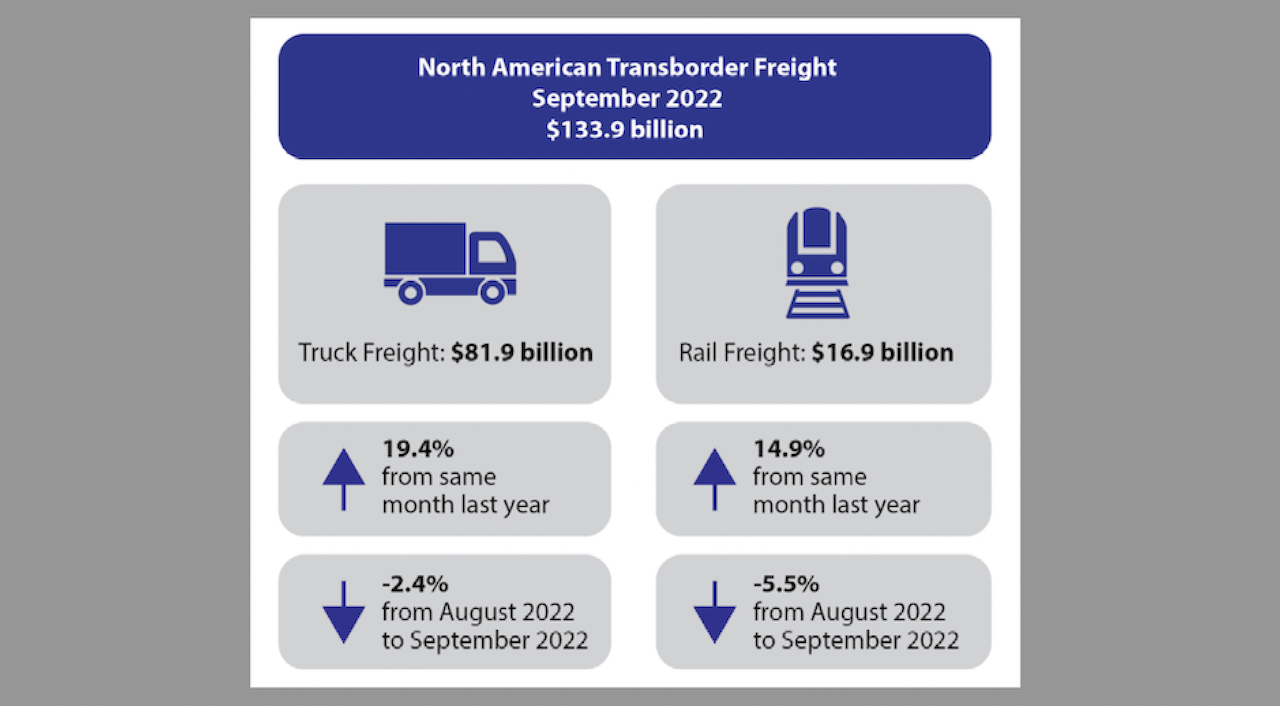 According to the most recent figures from the Bureau of Transportation Statistics (BTS), $133.9 billion of North American transborder freight was moved by all modes of transportation in September 2022, up 22.6% compared to the same month last year.

According to BTS, trucks moved $81.9 billion of freight, up 19.4% compared to the same month last year.

The next release of transborder numbers are scheduled for January 5, 2023.