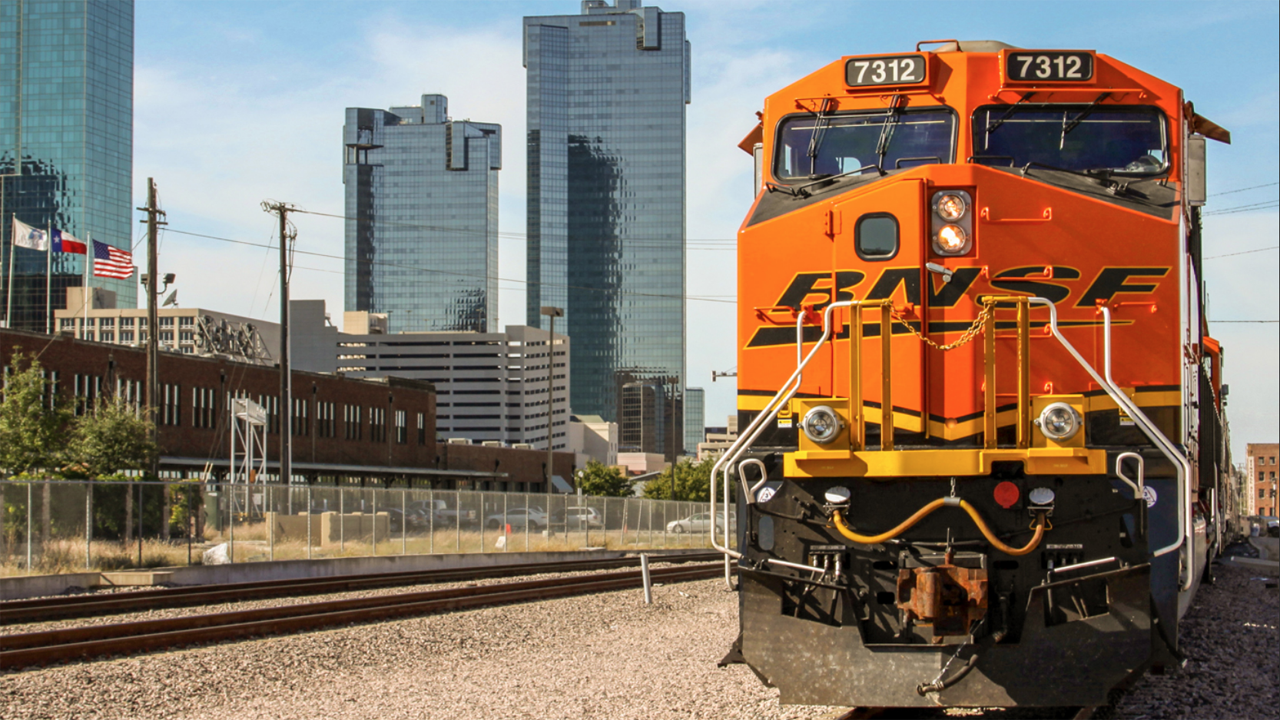 For third-quarter 2021, BNSF posted revenue of $5.790 billion, up 12% from the prior-year period, reflecting a 4% increase in volumes, led by the Industrial Products and Coal business units, the Class I railroad reported.

The revenue increase included volumes of 2.537 million units. The average revenue per car/unit increased 5% for the three months ending Sept. 30, 2021 vs. the same point last year, according to BNSF. “Higher rates per car/unit and increased fuel surcharges principally from higher fuel prices were offset by business mix changes,” the railroad reported. “Revenue changes were driven by continued improvements from the 2020 effects of the COVID-19 pandemic, partially offset by the ongoing disruptions in the global supply chain.”

• On the Consumer Products side, revenue was $2.097 billion, up 11% over the same period last year. Volumes rose 3%, “primarily due to growth in intermodal in both international and domestic shipments driven by increased retail sales, inventory replenishments by retailers, and increased e-commerce activity, as well as from growth in automotive shipments,” BNSF said.

• For Agricultural Products, revenue came in at $1.063 billion, a 10% drop from third-quarter 2020. Volumes fell 10%, which BNSF attributed to lower grain exports.

• Industrial Products’ revenue came in at $1.371 billion, gaining 15% from 2020. Volumes increased 14% “primarily due to improvement in the U.S. industrial economy driving higher volumes in the construction and building sectors, partially offset by lower petroleum volumes due to unfavorable market conditions in the energy sector,” according to BNSF.

• For Coal, revenue was $867 million, a 33% increase over the same period in 2020. Volumes increased 12%, which the railroad said was “primarily due to increased electricity generation, higher natural gas prices and improved export demand.”

• Operating expenses increased 11% vs. the 2020 period. This “reflected higher volumes and higher average fuel prices offset by productivity improvements,” BNSF said, noting a 6% higher compensation and benefits expense “primarily due to increased volumes, partially offset by productivity improvements”; a 9% higher purchased services expense “primarily due to higher volumes, insurance recoveries in 2020 related to 2019 flooding, and higher volume-driven purchased transportation costs of our logistics services business, offset by improved productivity”; a 79% increase in fuel expense; and a 23% decrease in materials and other expenses.