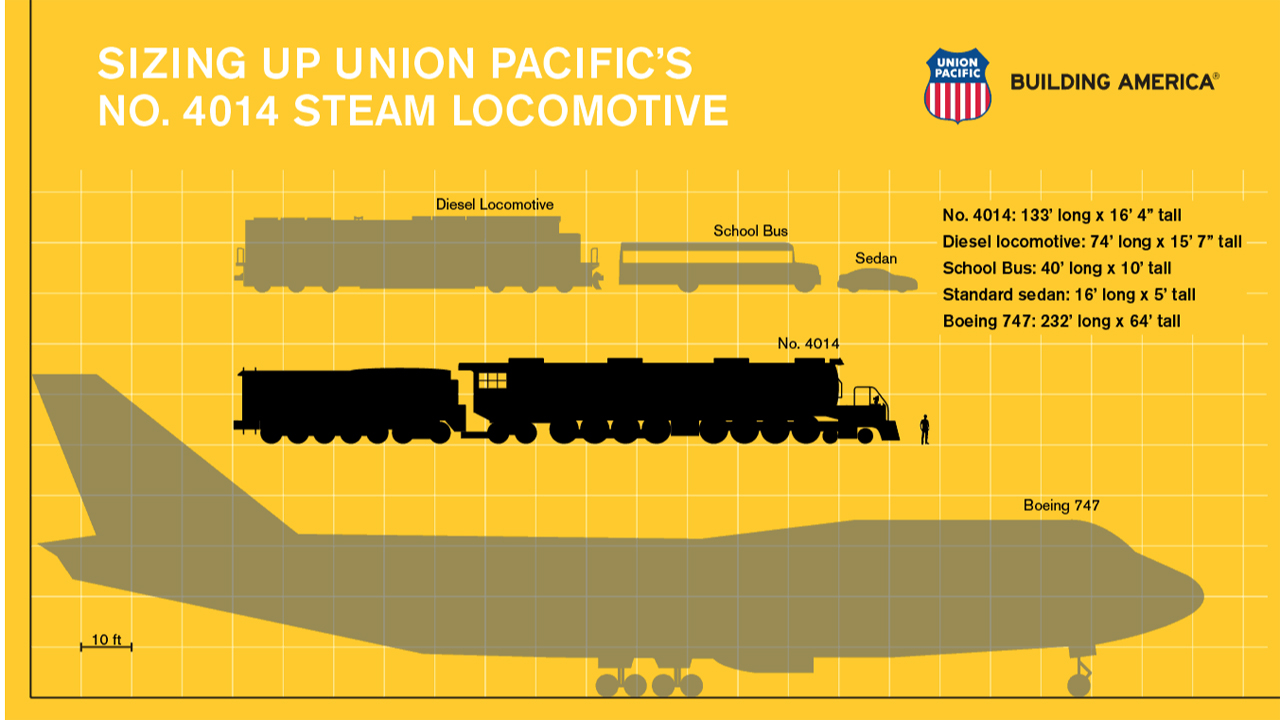 Following five years of restoration, Union Pacific’s (UP) “Big Boy” 4014 steam locomotive made a public appearance this past weekend—departing a UP shop in Cheyenne, Wyo., and traveling to Utah to commemorate the transcontinental railroad’s 150th anniversary.

Big Boys rose to fame in the 1940s and 1950s, hauling freight between Wyoming and Utah. The massive 4000-class 4-8-8-4 was delivered in 1941. As the story goes, the class series originally was to have been designated the “Wasatch,” but an unidentified Alco worker wrote “Big Boy” in chalk on the smokebox of one unit during construction, and that’s the nickname that stuck.

The American Locomotive Company built 25 Big Boys from 1941 to 1944 and just eight remain, with 4014 the only operational one remaining. Prior to last weekend, no Big Boy engine had run since 1962.

4014 is set to tour the UP system throughout 2019 with sister unit “Living Legend” Northern No. 844—the last steam locomotive delivered to UP, which has been in service since 1944—to celebrate the anniversary.

UP didn’t mention how much the restoration cost.