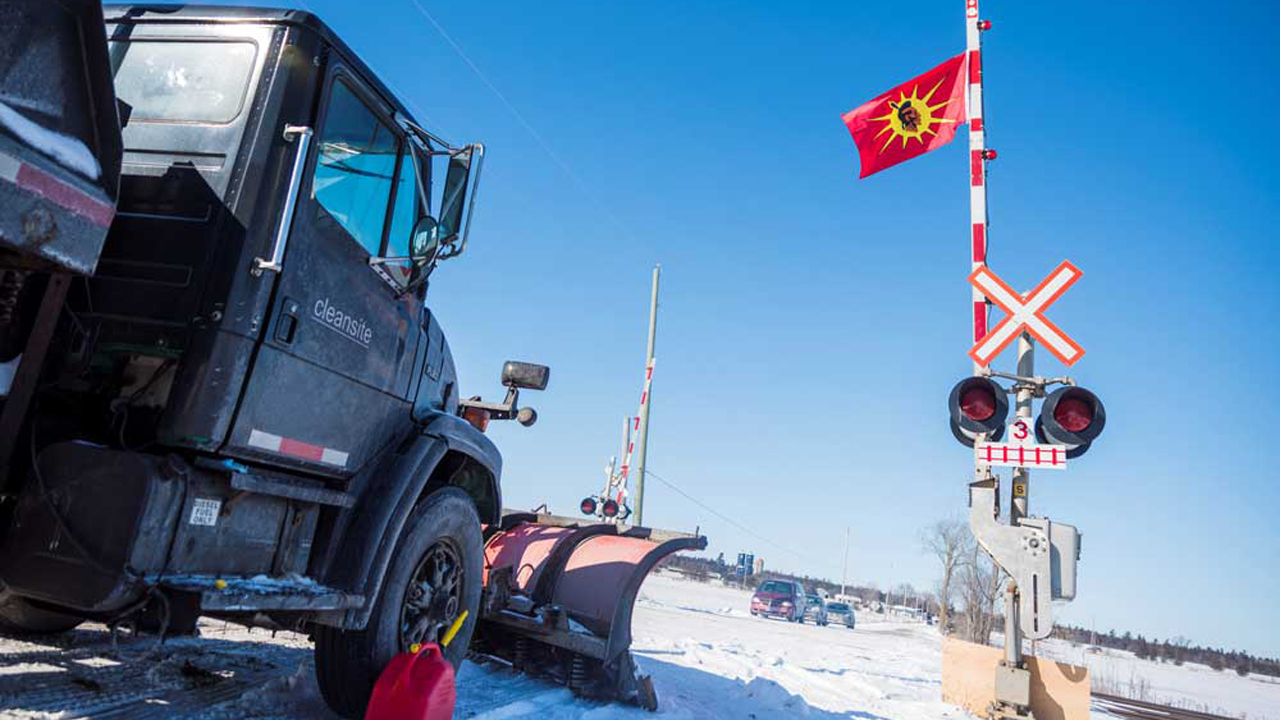 More than 150 CN freight trains have been idled since the blockades, and VIA passenger services have been cut back in Ontario, Quebec and B.C. Photo: The Canadian Press

Even as accident investigators probe two recent derailments of Canadian Pacific trains carrying Alberta bitumen, and CN has effectively embargoed crude oil carriage for at least 30 days, Alberta’s provincial government announced Feb. 11 that it has resold its crude oil train lease obligations at a loss to taxpayers of US$600 million. On top of that, CN is temporarily suspending all train operations across large parts of its transcontinental network due to track blockades by First Nations peoples protesting Alberta’s pipeline ambitions.

Alberta’s US$2.8 billion in leases for 4,400 tank cars and haulage contracts with CN and CP were entered into by the previous New Democratic Party (NDP) government in a failed attempt to uncork the province’s storage tanks bloated by pipeline bottlenecks. The succeeding United Conservative Party government of Premier Jason Kenny had promised to dump the contracts upon election in April 2019.

“This is entirely on the NDP. They never should have made that deal,” said Kenny when he announced the unraveling of Alberta’s attempt to nationalize CBR. That deal, made in the last weeks of the NDP government, managed to alienate both the energy industry and the party’s own environmental base. It was, in many respects, a costly fiasco.

Alberta had previously derived major revenue from abundant oil royalties and taxes. Refusing to cut back benefits or increase taxes, the province is now maintaining its first-class, free medical care system by borrowing against the hope of future oil income, which now looks increasingly ephemeral.

Alberta’s crude oil is predominantly bitumen, a thick, low-grade crude that must be diluted with extremely volatile petroleum gases for transportation by rail or pipeline. Projects to increase pipeline capacity have been frustrated by popular and government opposition across Canada and in the U.S., where the Keystone XL pipeline has been mired in climate-change controversy for years.

According to The New York Times, “Some of the world’s largest financial institutions have stopped putting their money behind oil production in … Alberta, home to one of the world’s most extensive, and also dirtiest, oil reserves. In December, the insurance giant The Hartford said it would stop insuring or investing in oil production in the province, just weeks after Sweden’s central bank said it would stop holding Alberta’s bonds. And on Feb. 12, BlackRock, the world’s largest asset manager, said that one of its fast-growing green-oriented funds would stop investing in companies that get revenue from the Alberta oil sands. They are among the latest banks, pension funds and global investment houses to start pulling away from fossil-fuel investments amid growing pressure to show they are doing something to fight climate change.”

Meanwhile, oil prices are plummeting due to oversupply and weak demand. Immediate prospects for more CBR out of Alberta have never looked worse.

CN said Feb. 11 that it is temporarily suspending all train operations across large parts of its transcontinental network due to track blockades by First Nations peoples protesting Alberta’s pipeline ambitions.

“We are currently parking trains across our network, but due to limited available space for such, CN will have no choice but to temporarily discontinue service in key corridors unless the blockades come to an end,” said CN President and CEO JJ Ruest.

In Ontario, Canada’s economic engine, Mohawk activists have blockaded CN’s transcontinental main line in an expression of solidarity with another indigenous nation in distant British Columbia that is fighting an Alberta government project to pipe methane to the Pacific Coast. The track blockade near Belleville, Ont., has also shut down VIA Rail’s Montreal-Toronto passenger business.

At New Hazelton, B.C., Wet’suwet’en tribal chiefs are leading a blockade of CN tracks to the Port of Prince Rupert.

Clashes between protesters and Royal Canadian Mounted Police have hardened protesters’ determination to defy court orders that they clear the railroad lines.

Canadian Transport Minister Marc Garneau said the national government is “very concerned” about the railway shutdown, but added that responsibility for enforcing court orders falls to provincial governments. British Columbia’s government is an avowed opponent of expansion of both pipeline and tank train transportation of Alberta petroleum products to Pacific ports.

Alberta’s desperation to export its gas and oil via unwilling provinces is visibly tearing at the country’s social cohesion, and now its economic well-being as well. CN’s Ruest advised that the blockades are “being felt beyond Canada’s borders, and is harming the country’s reputation as a stable and viable supply chain partner.”