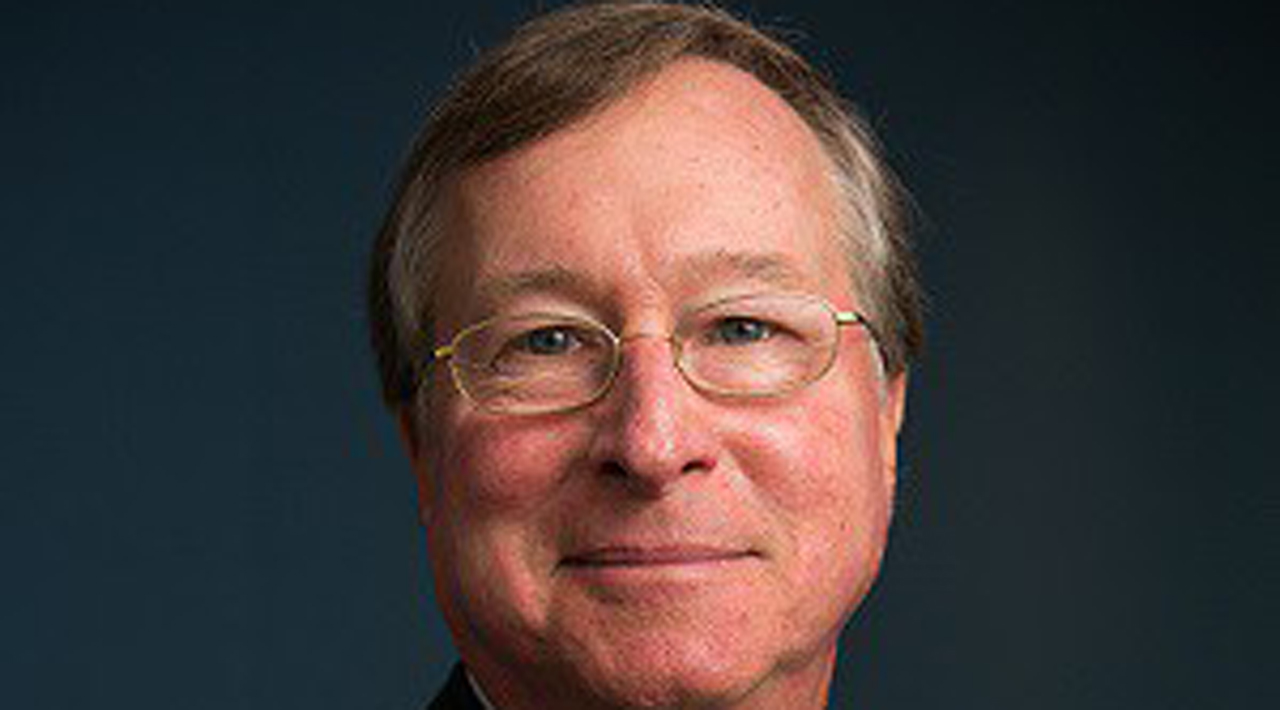 Association of American Railroads President and Chief Executive Officer Edward R. Hamberger today (May 16) announced that he will be retiring in early 2019, following a transition period.

Hamberger, 68, is the longest-tenured head of the 84-year-old organization, with more than 20 years of service. He “has spent more than 40 years focusing on the policies that shape America’s transportation sector, improving infrastructure and enhancing the nation’s rail network,” AAR said. “He has led the industry through a dynamic political and technological period.”

Executive search firm Korn Ferry has been retained to lead the search for Hamberger’s successor.

“It has been a privilege to help one of America’s vital industries—freight rail—navigate through a period when the fundamentals of Washington, the economy and our industry have evolved,” Hamberger said. “From protecting the economic framework that revitalized America’s railroads to clearing the path to developing and deploying new safety technologies, I am extremely proud of the work we have done together over the past two decades, none of which would have been possible without the leadership of our members and the hard work of AAR’s dedicated staff. Railroads will continue to deliver America’s future, and I am confident that my successor will position this essential industry to meet the challenges of tomorrow. With safety and investments at all-time highs, AAR’s new leader will play a significant role in advancing a flourishing, transformational industry that drives the nation’s economy.” 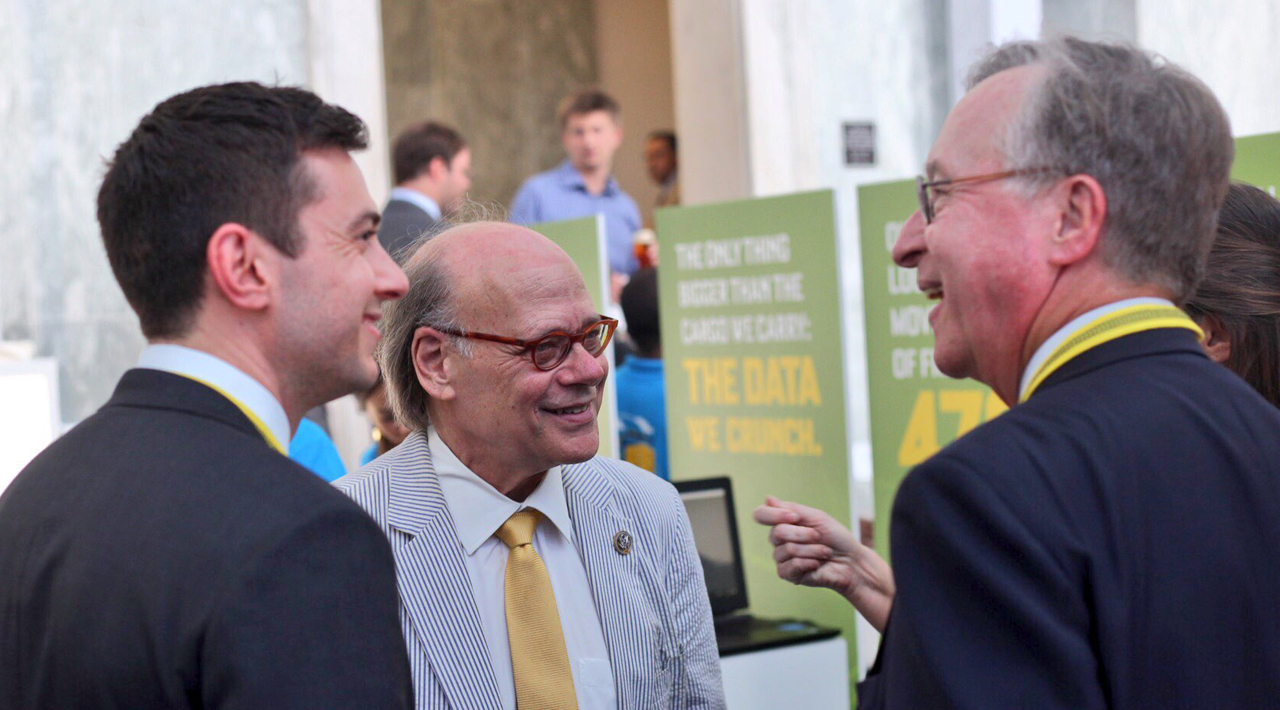 Ed Hamberger, with Rep. Stephen Cohen (D-Tenn., center, at the AAR’s May 15 RailTech exhibition at the Rayburn Building in Washington D.C. AAR photo

AAR Board of Directors Chair and Norfolk Southern Chairman, President and CEO of Jim Squires added, “Ed Hamberger has been a forceful advocate for freight railroads and will leave behind a powerful legacy in Washington and in the industry. Ed helped expand and strengthen our industry’s voice on transportation, infrastructure and technology in Washington, and I look forward to the AAR continuing to be a powerful voice.”

Described as “one of the most effective transportation policy advocates in the United States,” Hamberger was called to testify before Congress more than 85 times as the head of the AAR. He has “successfully worked to maintain a balanced regulatory environment that enables continued record private investment in rail infrastructure.” 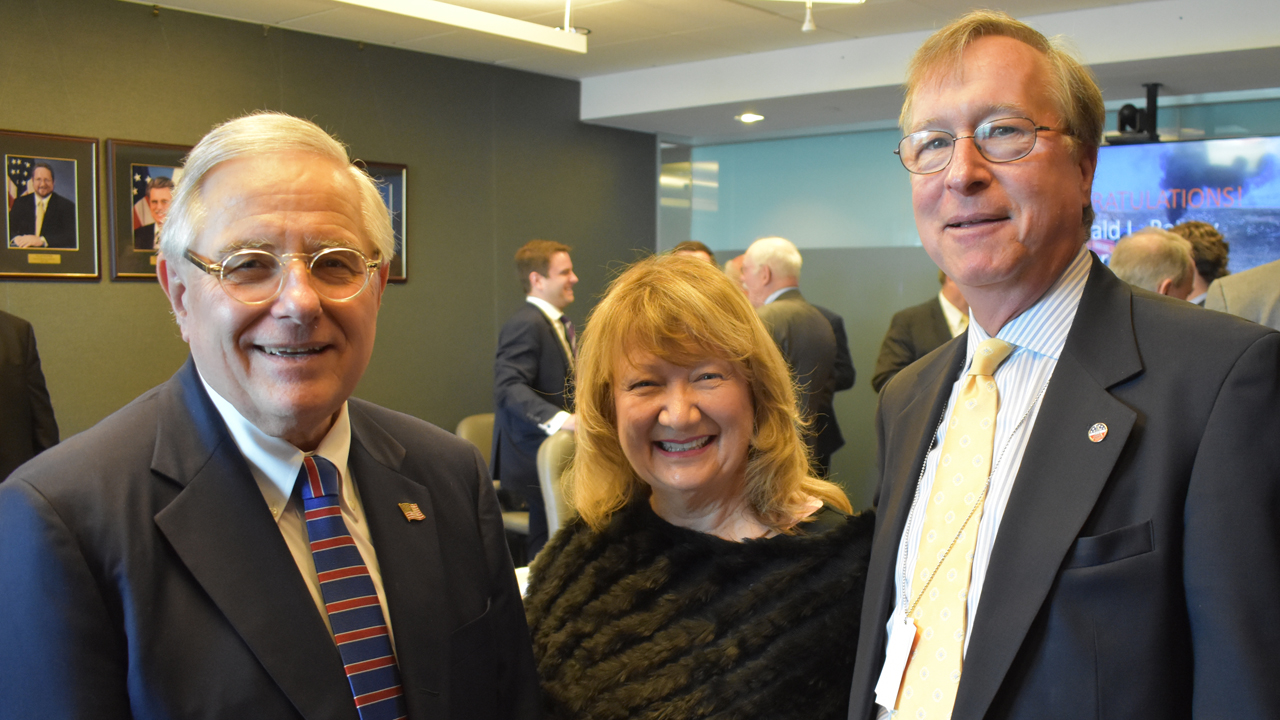 Prior to joining AAR, Hamberger worked for more than 20 years in executive and legislative capacities, including as the Assistant Secretary of Governmental Affairs at the U.S. Department of Transportation and as the General Counsel at the National Transportation Policy Study Commission.

“Ed Hamberger has provided this industry a great service,” said Railway Age Editor-in-Chief William C. Vantuono. “He’s made his mark, and he’s certainly dealt with a lot of difficult issues—keeping the Staggers Act in front of Congress and fending off re-regulation, enhancing railroad security in the aftermath of 9/11, implementing congressionally mandated Positive Train Control, TIH traffic safety regulations, Railroad Retirement reform, helping the general public understand what railroads do for the economy and the environment, and many other significant accomplishments. His will be difficult shoes to fill.”

Vantuono and Hamberger will engage in a one-on-one discussion on the future of the rail industry at Railway Age’s fourth annual Rail Insights conference in Chicago, June 7-8.

The July 2018 issue of Railway Age will feature a cover story on Ed Hamberger and his 20-year tenure at the AAR by Vantuono and Capitol Hill Contributing Editor Frank N. Wilner.

Founded in 1934, AAR describes itself as “the world’s leading railroad policy, research, standard setting and technology organization that focuses on the safety and productivity of the U.S. freight rail industry.” AAR Full Members include the major freight railroads in the U.S., Canada and Mexico, as well as Amtrak. AAR Railroad Affiliate and Associate Members include commuter railroads, rail supply companies, engineering firms, signal and communications firms and railcar owners.