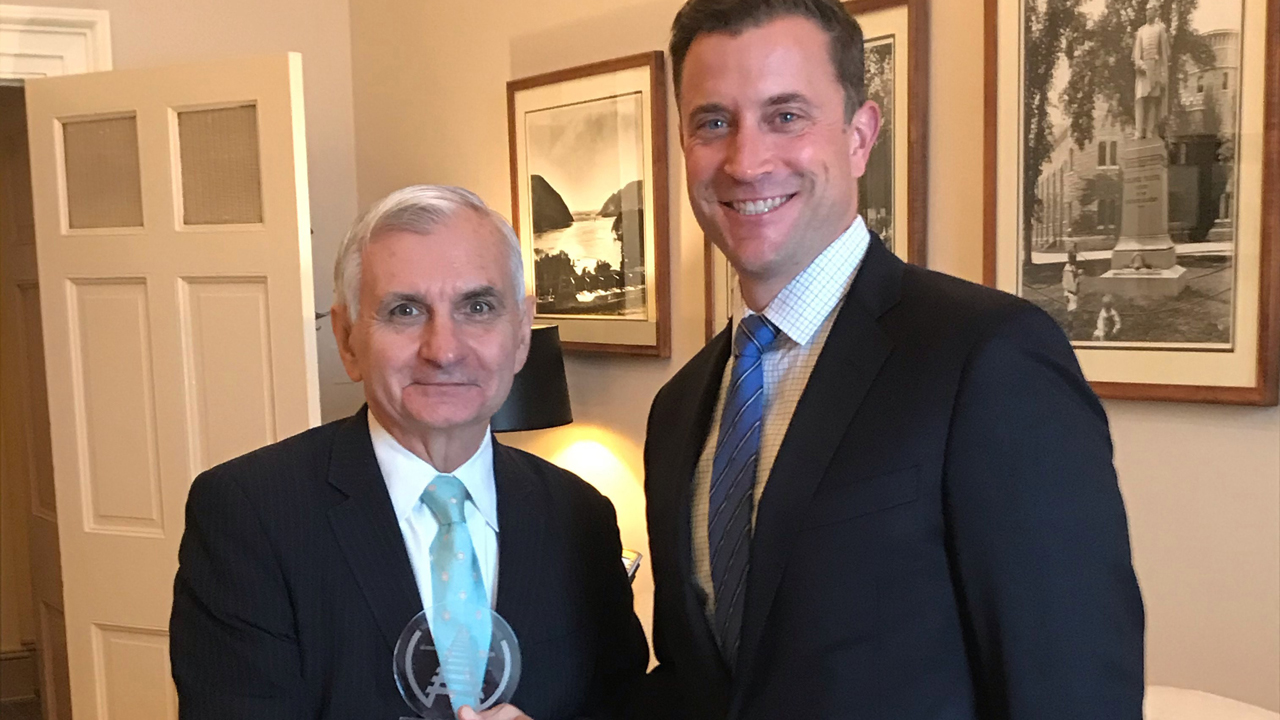 Subcommittee on Transportation, Housing and Urban Development (T-HUD) Ranking Member Jack Reed has received the Railroad Achievement Award from the Association of American Railroads and GoRail “in recognition of his continued leadership on issues directly and indirectly affecting freight and passenger railroads.” AAR President and CEO Ian Jefferies presented Reed with the award on Oct. 22 in his Washington D.C. Senate office.

“Senator Reed is a proven leader in forging bipartisan solutions through the Senate Appropriations Committee, including policies related to economic development and U.S. infrastructure,” said Jefferies. “He deserves immense credit for backing grant programs to support public-private partnerships like the CREATE program in Chicago, helping keep controversial riders out of appropriations bills and fighting for funding for grant programs to improve highway-rail grade crossings, as well as passenger rail.”

The Railroad Achievement Award is given to members of Congress “who have shown leadership on policies that help ensure the vitality of railroads in the United States,” Jefferies said. “Award winners like Sen. Reed have shown a deep understanding of the distinct role railroads play in the American economy and the need for safe and efficient operations made possible through sustained investment.” These include:

“Senator Reed knows from personal experience how investment in freight rail infrastructure supports local jobs and economic growth, having secured the funding needed to improve rail access at the Quonset Business Park and the Port of Davisville – which together support nearly 12,000 jobs and $4.3 billion in economic output in Rhode Island,” said GoRail President Russell McGurk. “Thanks to his efforts, Rhode Island companies can ‘go rail’ to connect to markets across the U.S. and worldwide safely, economically and sustainably.”