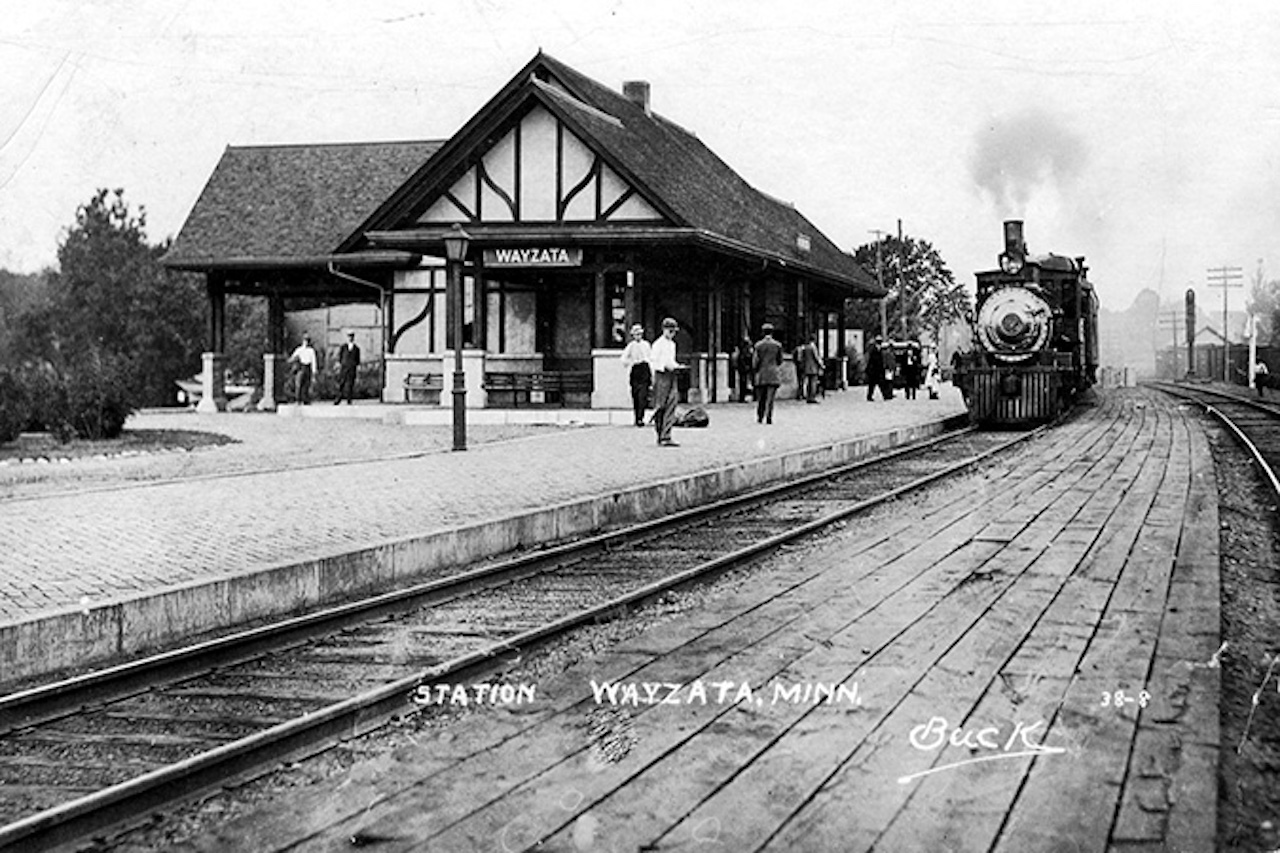 On the northern shore of Lake Minnetonka in Minnesota lies Wayzata, a town platted by Oscar E. Garrison in 1854. A year later, Wayzata settlers built a sawmill, hotel and blacksmith shop, creating a flourishing economy and commerce center for the area.

A little more than 10 years after its establishment, Wayzata became the original gateway to Lake Minnetonka when St. Paul & Pacific Railroad (SP&P) extended its tracks to the town.

In 1878, railroad “Empire Builder” James J. Hill gained control of the SP&P, which would become part of the Great Northern Railway (GN), a BNSF predecessor. The GN, which eventually became Burlington Northern Railroad (BN), put Wayzata on the map as a tourist destination and opened a route to the western part of the country.

“The arrival of the railroad fostered Wayzata’s early growth as the gateway to Lake Minnetonka with tourists from around the country feeding the hotels, steamboats and burgeoning country summer estates nearby,” Peter Hitch, executive director of The Wayzata Conservancy, said. “The sound of the railroad horn signaled the arrival of these crowds early on and even as the trains pass through today, that sound still invokes memories of that wonderful past in the minds of the town’s residents.”

The railroad enabled the Wayzata farming community to sell goods that boosted the economy and again made Wayzata a central location for the movement of freight.

“In 1906, Hill commissioned a new depot to be built downtown, right on the shores of the lake. He was present at the grand opening and proclaimed it the handsomest depot on the entire Great Northern line,” Wayzata Historical Society President Aaron Person said.

Hill’s depot was in service until 1971 then later donated to the City of Wayzata. It eventually became a railroad museum operated today by the Wayzata Historical Society and the home of the Greater Wayzata Area Chamber of Commerce.

As the GN expanded west, it built small, unassuming houses approximately every 20 miles for the section foremen and their families. Only two of these houses remain in Minnesota. The section foreman house in Wayzata is currently being restored to its former glory.

“The section house was built in 1902 and it was a pretty simple house,” Person said. “Great Northern built section houses to be identical so that section foremen families could be placed anywhere and their furniture would fit no matter where they needed to move.”

Section foremen oversaw all track maintenance and daily inspections along the 20-mile section of track near their house. Many houses were in isolated areas, so the Wayzata house was ideal as it was downtown on the shore of Lake Minnetonka, with the lake beach in the foreman’s backyard. Wayzata’s location was also close to the Twin Cities, allowing foremen access to everything they needed and more.

In the 1960s, BN sold the home, and eventually the city of Wayzata took ownership. Over time, the house became run down, but the Wayzata Heritage Preservation Board and Wayzata Historical Society started a campaign for the city to save it.

In 2021, the house was placed on the National Register of Historic Places and the city is now in the process of renovating it. It will be used as a new vibrant lakefront interactive learning center that will provide children the opportunity for experiential hands-on learning.

The BNSF Railway Foundation donated a $25,000 grant to the Wayzata Conservancy to assist with the restoration of the section foreman house.

The house will be a part of a new Eco Park that features educational programming about early 20th Century railroading and the influence of GN on the geographic, economic and social development of Wayzata. The project will restore shoreline marsh and improve water quality while providing STEM-based learning. Eco Park will extend to the boardwalk alongside BNSF’s tracks.