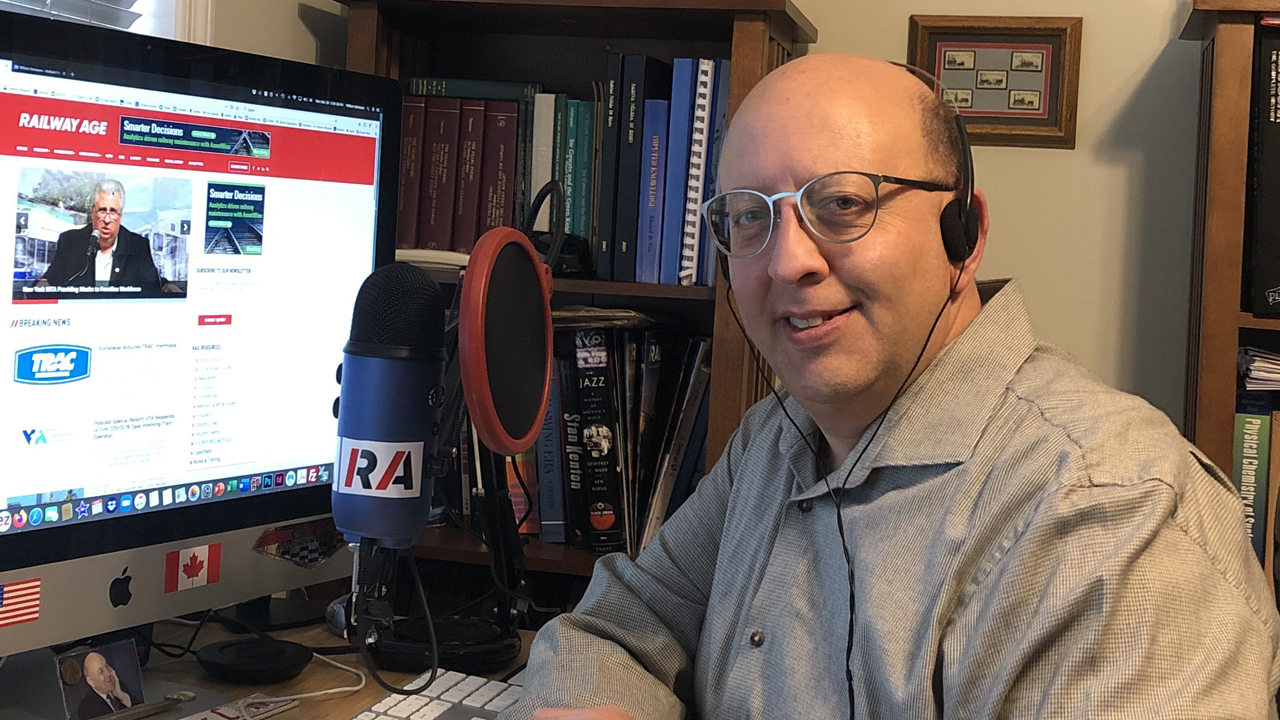 FROM THE EDITOR, NOVEMBER 2020 ISSUE: 1992 was a watershed year for me. That’s when, at the tender age of 32 years and roughly 8 months, I joined Railway Age as Assistant Editor under Luther S. Miller, who had joined the publication in 1958 and had been, since 1966, in the post I have held for the past 20 years. Luther was five years older (65) than I am now. He was my colleague, mentor and friend until he died at 90 a few years ago. Seems hard to believe (except for the hair). Where has the time gone? (Don’t we all say that at some point in our lives, like when our children are grown? My sons are 21.)

But more important, 1992 was a watershed year for the North American railroad industry, because Katie, as she likes to be called, built a solid railroading career that touched just about every discipline in our close-to-200-year-old industry.

Katie now has attained a milestone: leadership (as of Jan. 1) of a Class I railroad, BNSF. She is the first woman to do this. Hopefully, she will be the first of several with the title of President and CEO (though there are only seven available positions, maybe fewer if there’s a second round of consolidations in the far future).

Some would say what Katie did is difficult for a woman in a traditionally male-dominated industry. Not so, at least not any more. In this issue, our Fourth Annual “Women in Rail,” there are no fewer than four feature stories about, or written by, women. And that’s not counting our Executive Editor, Marybeth Luczak, who returned to the Railway Age fold after far too long an absence.

Luther and I hired Marybeth, fresh out of Syracuse University Samuel I. Newhouse School of Journalism, in 1997. But that’s another story, for another time. Suffice to say if you don’t know her, you should, or you will, soon.

The same can be said for the women spotlighted in this issue, railroaders like Katie Farmer (p. 10), Cindy Sanborn (p. 30), the more than two-dozen Women in Rail and Honorable Mentions (p. 18), and 2019 honoree Joan Smemoe, who has the byline on p. 36.

I’ll leave you with a quote from Katie:

“What attracted me to the rail industry back then and what’s true today is the importance of what the rail industry does and the relevancy. The railroad is really the backbone of the U.S. economy, and I liked that aspect … We make a difference, and that’s because of our employees—the hard-working men and women at BNSF.

“On a personal note, I have a son who is a senior in college and a daughter who is a freshman in college, and as they think about their careers and what they want to do, doing something that makes a difference is a big draw.”

That says it all. Congratulations, Katie. Well said, and well done.