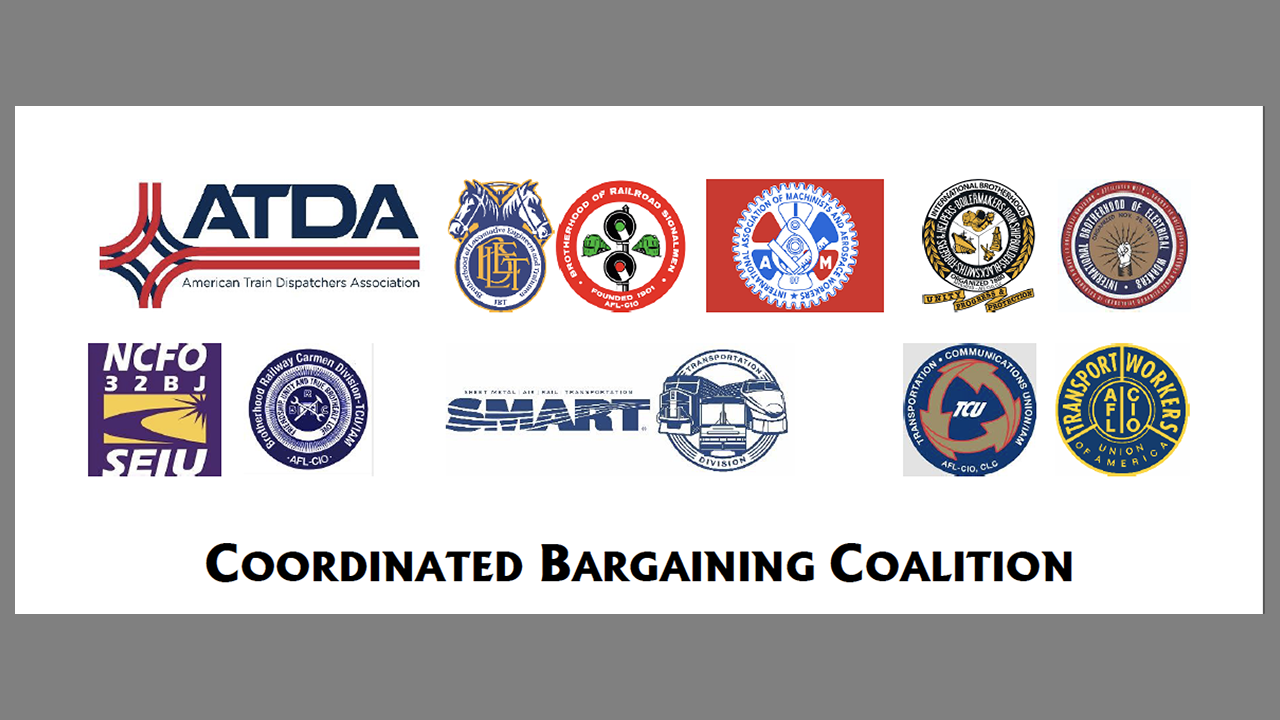 Railway Age has obtained a Jan. 20 letter signed by SMART-TD President Jeremy Ferguson addressed to the union’s railroad general chairpersons stating that the Coordinated Bargaining Coalition (CBC) and National Carriers’ Conference Committee (NCCC) are at an impasse in contract negotiations, and that the CBC unions will file for mediation the week of Jan. 24:

”Unions representing some 90% of the workforce will bargain with the multi-employer NCCC, which represents most Class I freight railroads and many smaller ones,” notes Railway Age Capitol Hill Contributing Editor Frank N. Wilner, author of Understanding the Railway Labor Act. “The NCCC, consisting of carrier labor relations officers, is part of the NRLC (National Railway Labor Conference). Joining BNSF, CSX, Kansas City Southern, Norfolk Southern and Union Pacific at the bargaining table will be CN (U.S. rail operations). CN’s previously different contract-reopening dates have been realigned to those of other Class I railroads at the table, and while CN stands alone with hourly wage rates for U.S. train and engine service (T&ES) employees, the NCCC says ‘nothing prohibits’ CN from bargaining collectively with carriers having trip rates. Canadian Pacific, with U.S. operations, is not an NCCC member and bargains separately.

“Going forward, the NMB will provide a senior mediator in an attempt to guide the parties to a voluntary settlement. The Railway Labor Act (RLA) provides that neither carriers nor labor may initiate a lockout or strike during this period. If and when the NMB—and only the NMB—determines there is a bargaining impasse, it will recommend that the White House create a Presidential Emergency Board (PEB) to make non-binding recommendations for settlement. That process involves a series of cooling off periods stretching over 90 days before provisions of the RLA are exhausted and the parties may engage in self-help (lockout or strike).

“Significantly, the NMB historically has not declared an impasse—leading to creation of a PEB and a possible national railroad work stoppage—during an election year, as lawmakers are loathe to deal with controversial issues that might force a congressional vote on a back-to-work order and third-party implementation of revised contract terms. Under the RLA, contracts never expire, but remain in force until revised through voluntary agreement or congressional legislation. In July 2021, the NMB commenced mediation with the Brotherhood of Maintenance of Way Employes and the Mechanical Division of SMART, which represent the other 20% of the railroads’ unionized work force.”