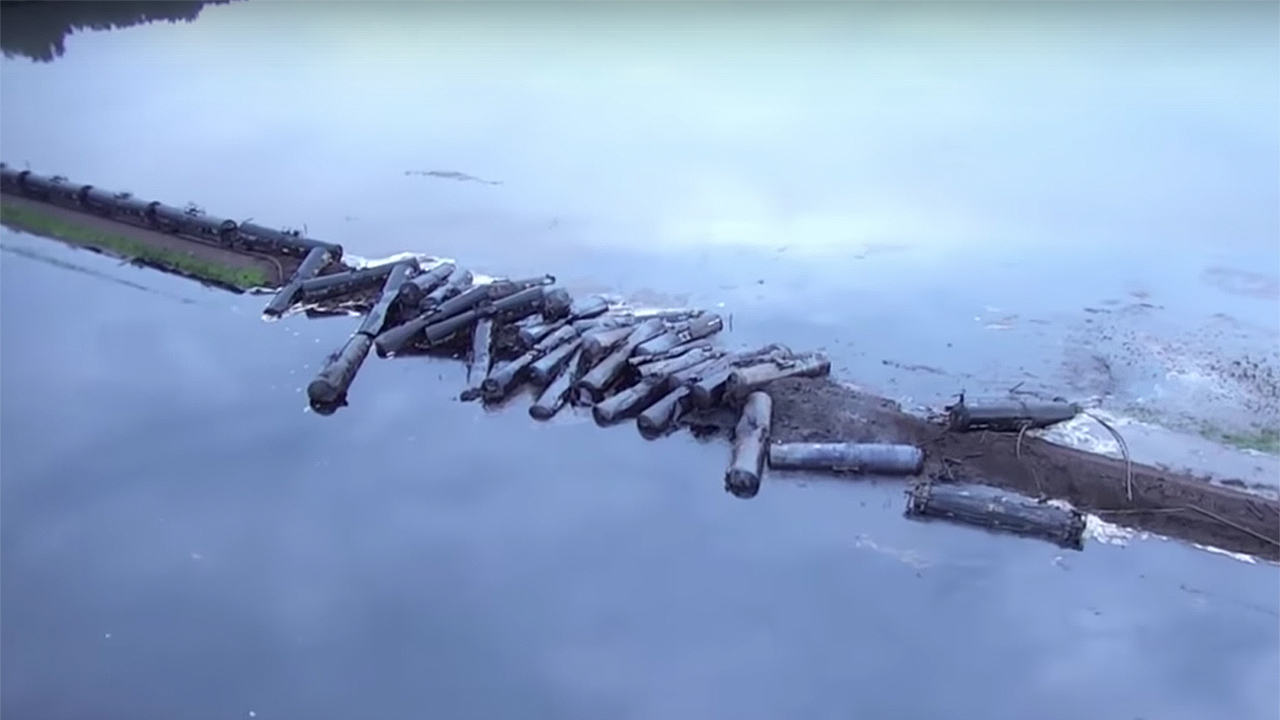 Crude oil leaks into flooded fields after the derailment of a BNSF train near Doon, Iowa, June 22, 2018. YouTube/CBC News

A move by a major western Class I railroad to restrict certain tank cars could pinch available capacity as shippers ramp up crude oil volumes.

Federal regulations require the older DOT-111 cars carrying crude to be retrofitted or eliminated from service by 2020. Some 11,000 DOT-111 tank cars have been retrofitted to DOT-117 standards since 2016.

Members of the American Fuel and Petrochemical Manufacturers, the largest U.S. refinery association, “have raised concerns with BNSF’s decision to refuse certain DOT-authorized tank cars and are currently considering options to address these concerns with the railroad,” Reuters reported. Shippers could pursue litigation or meet with BNSF executives.

Railroad spokeswoman Jessa Lewis in an email to Railway Age said that BNSF does not comment on customer contracts. “BNSF doesn’t own the tank cars used to ship ethanol and crude oil on our network, however it is incumbent on all parts of the supply chain to ensure we have the safest tank car in which to move these commodities. BNSF continues to handle various car types for crude and ethanol but we are working with our individual customers to facilitate getting the newest and safest tank cars in service sooner on our railroad.”

BNSF hauled 39,799 carloads of crude, the most, of a total 88,571 carloads moved by Class Is in the fourth quarter of 2017, according to the Surface Transportation Board.

This story was updated with comments from BNSF.