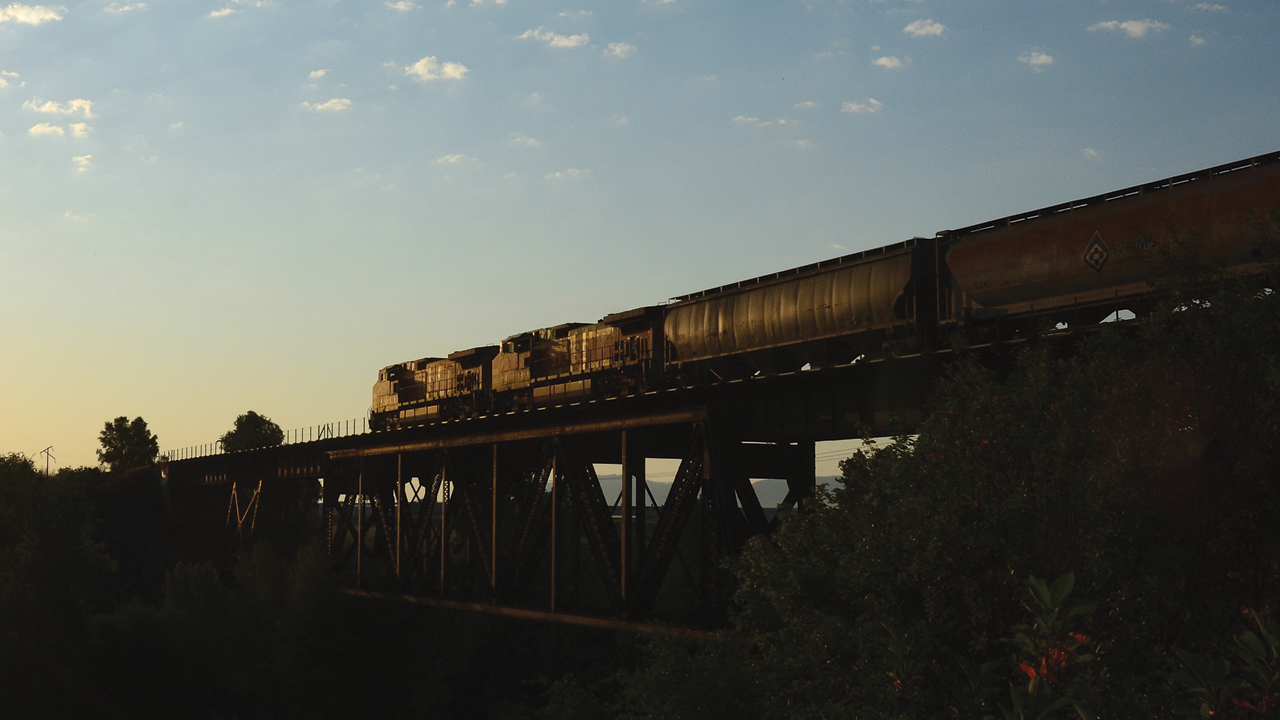 The first of these double-length grain trains was described as having 230 cars with three locomotives on the head end, two DPUs at mid-train, and one DPU on the rear. If functioning properly, the DPUs should prevent string-lining on the twisting curves and 2.2% grade of Stampede Pass.

Trains of such length would exceed the capacity of most sidings. However, BNSF’s 235-mile Stampede route between Auburn and Kennewick/Pasco, Wash., is presently operated in an eastward direction only, eliminating the need for opposing trains to pass while maximizing throughput for empty grain, coal and oil trains returning from the Northwest coast. From Pasco to Hauser, BNSF has enough segments of double-track main, as well as sidings where conventional-length westbounds can fit, to potentially make these double-length trains a manageable option.

BNSF has also been testing intermodal and manifest trains exceeding conventional length across other parts of its system.