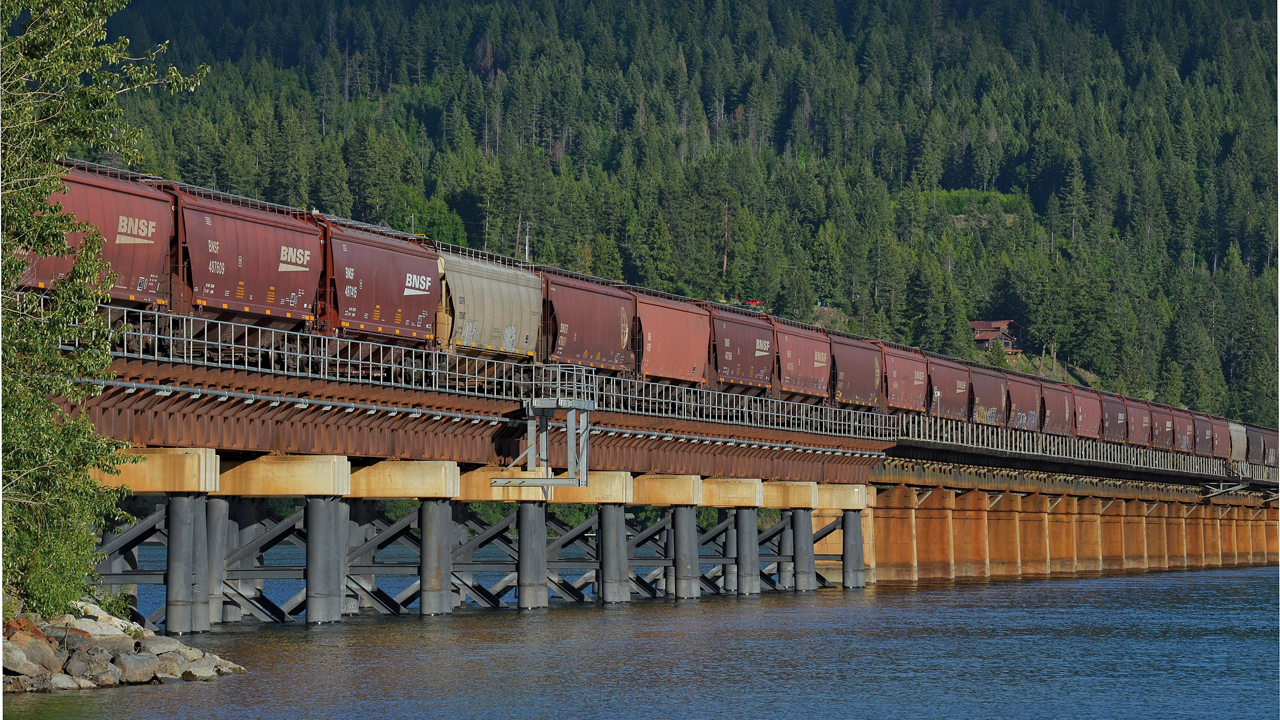 A BNSF train is seen on the bridge over Lake Pend Oreille, Idaho. Photo: Bruce Kelly

BNSF Railway could begin a project to build a second bridge across Lake Pend Oreille, Idaho, this fall. The railroad has applied for permits that would see the new bridge constructed adjacent to the existing bridge.

“The new infrastructure will provide the capacity needed for BNSF’s current traffic and future growth, benefiting all the commodities that we transport and the Amtrak trains that run on our mainline,” the railroad said. “When completed, trains will run in both directions across the bridges, reducing the need for trains to stop as they wait for clearance to cross. The result will be reduced congestion, enhanced safety, shorter wait times at crossings and improved service to our customers.”

According to BNSF’s permit application for the Sandpoint Junction Connector, the project consists of a new mainline track west of the existing BNSF mainline, a new bridge just short of one-mile in length over Land Pend Oreille, new bridges over Sand Creek and Bridge Street in Sandpoint, Idaho, as well as track, switch, signal, utilities and maintenance access road upgrades.

BNSF says it is proposing the second bridge to meet growing capacity freight and passenger needs. The single mainline, as well as portions of the over-water bridges date from the early 1900s. BNSF explains that this portion of its network, which serves as a critical connection between the Midwest and Pacific Northwest, has become constrained under steadily rising traffic volumes during the past three decades.

A second mainline connecting BNSF’s Algoma siding located south of Sandpoint and the Sandpoint Junction where the Class 1 tracks join with Montana Rail Link’s mainline would ease rail congestion, reduce siding hold times, as well as grade crossing wait times. The project is in the Idaho Panhandle between Washington, where BNSF is investing $160 million in 2018, and Montana, where the railroad is investing $135 million this year.

While the permit application is with the U.S. Army Corps of Engineers, the U.S. Coast Guard is reviewing the project and the Idaho Department of Lands will hold two public hearings on the project on May 23. Interested parties may comment on the project online.