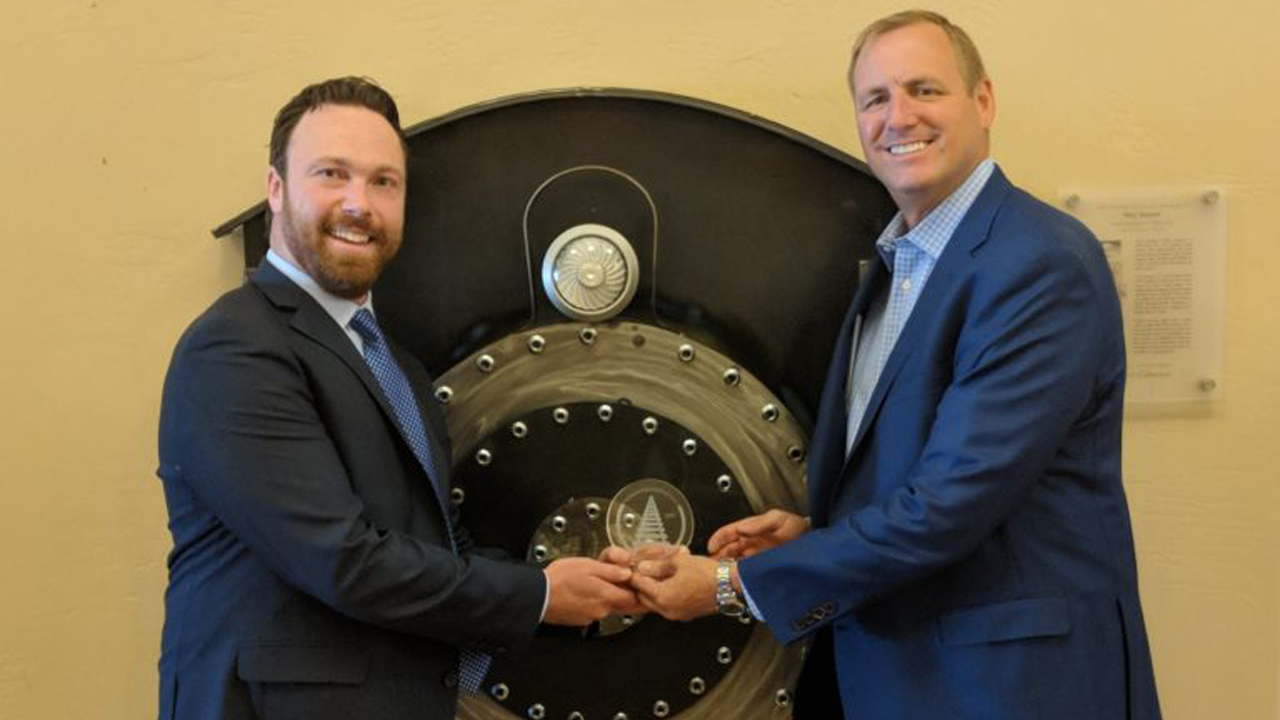 Denham, a Republican representing California’s 10th District and a Chairman of the House Transportation & Infrastructure Committee, Subcommittee on Railroads, Pipelines and Hazardous Materials, received the “Railroad Achievement Award” in recognition of his “continued leadership on issues affecting both freight and passenger railroads.”

Denham is the first member of Congress this year to receive the award, which was created in 2017 and is presented by the Association of American Railroads and GoRail.

Flanked by leaders from the California business and railroad communities, as well as local policymakers, AAR and GoRail presented Denham with the award at the Tracy Transit Center in Tracy, Calif.

“California’s diverse and enormous economy remains closely linked to overall U.S. competitiveness, and freight railroads continue to provide a safe, reliable and sustainable form of transportation for getting goods to and from market,” said outgoing AAR President and CEO Edward R. Hamberger. “Chairman Denham has long understood this reality and, to the benefit of his constituents, he has legislated in a manner that allows for the industry to provide the greatest public impact. His leadership on landmark legislation, chiefly the Fixing America’s Surface Transportation (FAST) Act of 2015, continues to serve Californians and Americans well through the presence of both privately financed freight railroads, as well passenger entities such as Amtrak.”

The Railroad Achievement Award is given to members of Congress who “have shown leadership on policies that help ensure the vitality of railroads in the United States,” AAR and GoRail said. “Award winners such as Denham have particularly shown an understanding of the distinct role railroads play in the American economy and the need for safe and efficient operations made possible through sustained investment.”

“Businesses and consumers across California and the U.S. benefit from an innovative freight rail industry that invests large amounts of private capital into the nation’s rail network,” said GoRail President Russell McGurk. “Making this possible are sound public policies and elected leaders like Congressman Denham with the foresight to enact and protect those policies.”

In prepared remarks introducing Rep. Denham, California State Director for GoRail Nate Kaplan commended the diverse representation of the rail sector at the event, including Union Pacific and California Northern Railroad. Kaplan specifically addressed the safety enhancements made possible through the FAST Act, which was shaped in large part by Denham, including improved safety standards for tank cars carrying hazardous materials. Kaplan also pointed to the Surface Transportation Board (STB) Reauthorization Act of 2015, which “kept intact key tenets of the 1980 Staggers Rail Act, which partially deregulated freight railroads and allowed for greater economic independence, with strong correlations to dramatic improvements in service, safety and shipping costs.”

Editor’s note: Denham has been a vociferous opponent of California’s high speed rail project, and also attempted to block federal funding of the Caltrain Modernization Program. As well, following a Feb. 15 Congressional hearing on Positive Train Control, he issued a rather hostile press release, touting that he was “staring down the railroads” and that railroads, including Amtrak, were “ignoring a congressional mandate again won’t be tolerated by either side of the aisle. I think the American public is tired of excuses.” — William C. Vantuono, Editor-in-Chief.