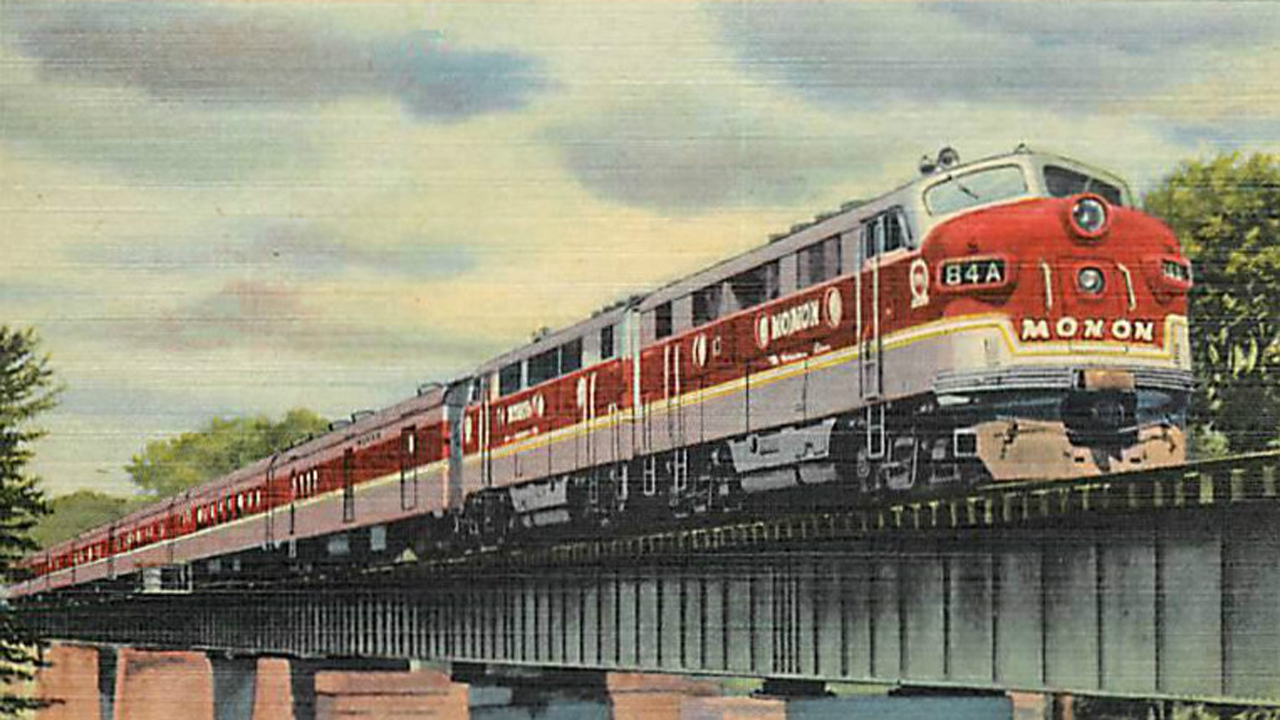 For railroaders this summer, a cerebral repast beckons in the form of two new books illuminating the careers of legendary CEOs.

One is a biography of the late John Walker Barriger III, a peripatetic dispenser of efficiency enhancements to a stable of halt-and-maimed iron horse properties, earning him the appellation, “Doctor of Sick Railroads.”

The second is an autobiography by Robert Duncan (Rob) Krebs, a retired chairman and CEO of BNSF, who distinguished himself through a career-long dedication to delivering seamless service shorn of delays, and whose vision for a true transcontinental railroad may invigorate his successors actually to achieve it.

Where Barriger is celebrated as having devised and implemented improved engineering, management and marketing practices in hopes of keeping troubled railroads afloat during the most smothering years of 20th century economic regulation, Krebs arrived at the executive suite level as the regulatory burden was being lifted. With greater freedom to adjust nimbly to market forces, Krebs melded two already healthy railroads, so improving their post-merger efficiency, customer service, market reach and prospects that the most persnickety and successful long-term investor on the planet came a calling with a unit-train of cash.

Although of different generations, Barriger and Krebs each demonstrated consistently, and without hesitation, an extraordinary ability to identify, extract, organize and put to productive use strategies, managerial teams and solutions essential to corporate excellence.

In “John W. Barriger III: Railroad Legend,” Clemson University historian H. Roger Grant recites—with extensive endnotes and attention to detail—the life and accomplishments of Barriger, whose approach to railroad management was largely scientific. His railroad research collection, including personally taken photographs, became so vast that a library in St. Louis dedicated to preserving the history of railroad business practices and technology is named in Barriger’s honor.

In contrast to Grant’s academic style of narrating Barriger’s career, “Riding the Rails” is a breezy memoir by Krebs that reads like a transcript of an informal after-dinner soliloquy. One can visualize the smiles of the “old heads” as Krebs offers enchanting reminiscences, or the studied attentiveness of a younger generation of railroad leaders absorbing Krebs’ managerial insights. Although younger readers may not recognize the names of Krebs’ contemporaries that pepper the pages, along with mention of the “fallen flags” they led, there is a one-word solution: Google.

While there were hundreds of Class I railroads during Barriger’s years, dozens still remained during Krebs’ career, and he headed three of them—Southern Pacific (SP, now part of Union Pacific); Santa Fe Pacific Corp. (which included Atchison, Topeka & Santa Fe during a failed attempt to acquire Southern Pacific); and BNSF (created by merger of Burlington Northern and Santa Fe, and subsequently acquired by Warren Buffett’s Berkshire Hathaway global investment conglomerate).

Barriger and Krebs each enjoyed relatively privileged upbringings. Barriger’s grandfather was a West Pointer and career military officer, and his father a railroad civil engineer. Krebs’ father was a banker. Where a young Barriger eyed trailing his father into a railroad career, Krebs writes that “railroading was absolutely, positively not in my blood.”

While Barriger interspersed college studies with manual labor in the Altoona, Pa., machine shops of the Pennsylvania Railroad (now part of Norfolk Southern), Krebs spent his college summers working at banks: “My dad was a banker, and I wanted to be a banker, too.”

Upon nearing completion of his post-graduate work at Harvard, Krebs recalls an interview at a Wall Street bank: “I swear the green carpet was two inches thick. The people I met sat at big rolltop desks and had their shoes shined while we talked … all these people trying to claw their way to the top, and in New York City, which I don’t particularly like.”

So when Southern Pacific’s corporate recruiter visited Harvard, Krebs made his decision to go west, young man—to San Francisco and near his boyhood home of Sacramento. “My roommates were aghast when I informed them I was going to work for the SP,” he writes. “They could not believe the magnitude of my mistake … ‘railroads are dying,’ they said.”

Although Krebs began his railroad career in business attire at SP’s San Francisco headquarters, quite soon he was learning the three-point stance of a yard switchman. “The railroad’s thinking was that if you’re going to manage these people, you need to walk in their shoes for a time and understand their jobs.”

Barriger entered the Pennsylvania Railroad’s management training program following college, but after being assigned as a yardmaster, he chose to depart for Wall Street work as a railroad financial analyst. The year was 1927, just prior to the Great Depression and at the tail-end of an abandoned effort by the Interstate Commerce Commission to fulfill a decade-long congressional directive to redraw the nation’s railroad map through centrally planned mergers.

The business of railroads had been iffy financially, and the temporary nationalization of railroads during World War I, which caused all railroads to be operated as if a single national system, significantly improved many measurements of operating efficiency. A federally directed unified system, writes Grant, “made a substantial number of congressional lawmakers, railroad officials and labor leaders see the value of a more rationalized rail network.”

Yet, when private ownership was restored in 1920, railroads were not fellow travelers with the central planning concept, so the effort fizzled.

Franklin D. Roosevelt, who entered the White House in 1933, inherited the public policy challenge of what he termed an “overbuilt” railroad plant where 30% of rail routes carried but 2% of traffic, and one-third of the nation’s trackage was operated by insolvent carriers. In reviving the notion of rationalizing that excess capacity through central planning, Roosevelt placed Boston financier Frederick H. Prince, a former president of Pere Marquette Railway (now part of CSX), in charge. Prince tapped Barriger to draft what came to be known as the Prince Plan.

Barriger proposed concentrating tonnage on a minimum number of main lines operated by just seven consolidated rail systems—two in the East, two in the South, and three in the West. Essential to consolidation, wrote Barriger, are reduced expenses that “accrue from reorganization of traffic routing and movement, equipment utilization and concentration of car and locomotive repairs.”

While the Prince Plan failed as did the previous effort at government-directed mergers, Barriger’s career benefited. He was named chief examiner of the Railroad Division of the New Deal’s Reconstruction Finance Corp., responsible for reviewing federal loan applications from financially desperate railroads struggling with growing deferred maintenance.

By personally inspecting thousands of miles of railroad infrastructure, Barriger developed a general theory for what he termed, “super railroads”—reducing grades and curves; replacing steam locomotives with diesels or electrification; devoting greater attention to customer service and marketing; and eliminating parallel-route redundancies through merger. All were memorialized in a 1956 book by Barriger published by Railway Age, entitled, “Super Railroads for a Dynamic American Economy.”

Barriger first put his theories of “integrating the best engineering methods and standards” to work on the Chicago, Indianapolis & Louisville Railway (better known as Monon, and now part of CSX). Within three years he “dieselized” the railroad and made significant reductions in deferred maintenance. His reputation established, Barriger moved to other “weak” railroads—he was CEO of four, and a vice president on others. Much in the manner of a rural physician on house calls, he arrived to apply many of his “super railroads” strategies. It was not until after his death in 1976 that his theories on route rationalization, dating to his work on the Prince Plan, were successfully implemented as he had preached.

Krebs, who commenced his railroad career in 1966, early on found himself immersed in the still-festering regulatory swamp then attending rail mergers. Amidst his on-the-job training in switchyards and terminals, he was breveted to Southern Pacific’s legal team to apply his business school lessons in aid of SP’s opposition to aspects of a subsequently failed merger attempt of Union Pacific with Chicago, Rock Island & Pacific (later dismembered).

“The whole affair was bizarre,” writes Krebs. “The ICC’s hearing examiner sat ensconced on a raised platform … as witnesses droned on and on. Predictably, he would drift into slumber, bored as he probably was by the testimony. Maybe he was tired, too, because each evening officers of railroads involved in the matter took turns wining and dining this senior bureaucrat into the late hours.” Somnolent regulators spent a decade reviewing that merger application before choosing to deny the transaction, causing Business Week magazine to suggest that even flies wandering into the Interstate Commerce Commission soon forgot how to buzz.

As war most defines American history, merger largely chronicles railroads; and Krebs, as he climbed the corporate ladder, had many front-row seats. He later witnessed an aborted combination of SP with Family Lines (now part of CSX), and a regulator-denied combination of SP with Santa Fe before superintending, with Gerald (Jerry) Grinstein, the joining of Burlington Northern and Santa Fe into BNSF. In 1996, Krebs and Grinstein shared Railway Age’s “Railroader of the Year Award.”

Saddening Krebs was a subsequent regulator-denied marriage between BNSF and Canadian National, followed by a failed attempt to entice Norfolk Southern into a marriage with BNSF. “We would have had the first true transcontinental railroad,” Krebs told a journalist. “Without a national reach, no railroad will ever realize its full potential.”

Both books go well beyond the subject of rail mergers, and each may be most accurately described as railroading for railroaders. Where Grant explores, through scrupulous research, the thinking, accomplishments and contributions of Barriger, Krebs delivers a less formal but equally instructive window into iron horse leadership. You will enjoy these books.