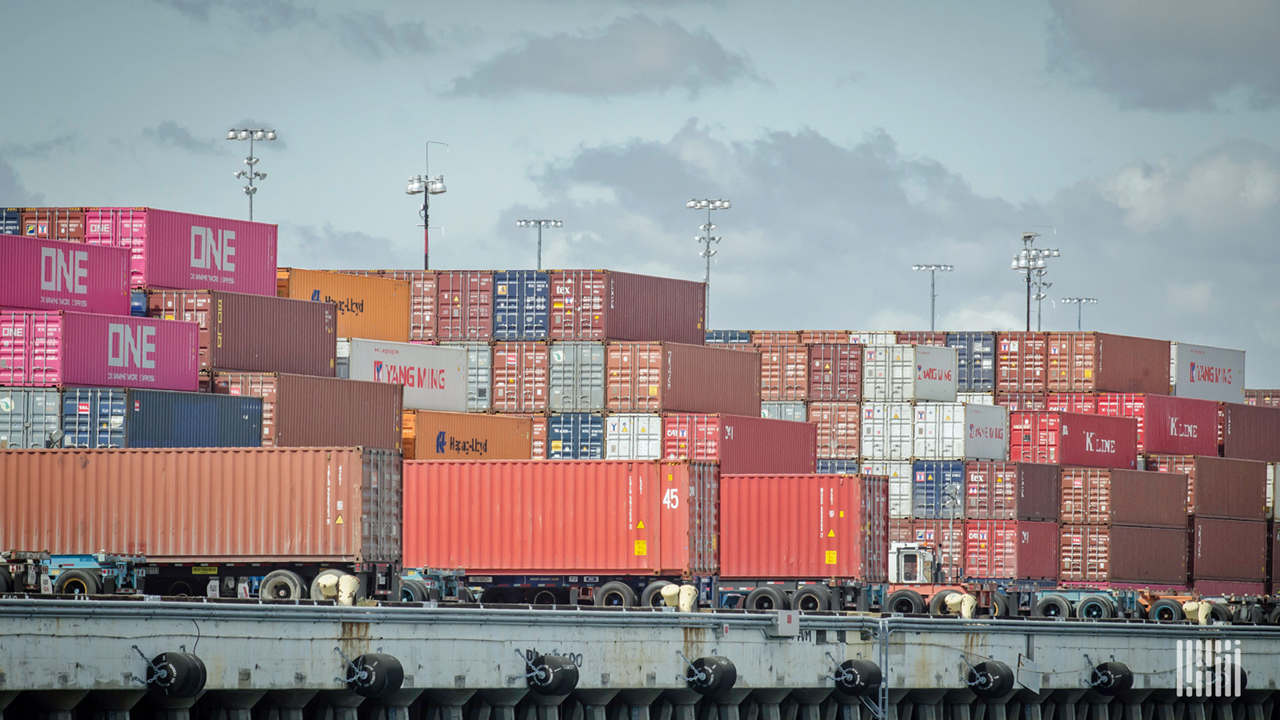 Container-liner schedules are about to provide a telling clue on U.S. cargo demand.

Arrival schedules for May and June are set. U.S. ports will see double-digit declines in inbound capacity. Whether carriers will keep “blanking” (canceling) sailings on the same scale into the third quarter remains unknown – but not for much longer.

If mass cancellations extend into July at elevated May-June levels, it means that carriers are not receiving enough bookings from shippers, implying a weak recovery after social distancing restrictions are lifted. If carriers move back in the direction of pre-coronavirus scheduling levels, it’s a positive signal on demand.

“For the month of July, we’re at 10% cancellations, while May and June are at 19% and 18%, respectively,” said Simon Sundboell, founder and CEO of Copenhagen-based eeSea, a platform that maps container-industry schedules.

Given transit times and the need to provide pre-notification to shippers, Sundboell said that “the latest notice for blank sailings with arrivals into the U.S. in early July would be around mid-May to early June.” In other words, the scope of July cancellations will be revealed over the next few weeks.

The good news is that blank-sailing announcements have been waning.

According to Alan Murphy, CEO of Copenhagen-based Sea-Intelligence, “Over the last week, carriers have only announced an additional six blank sailings across the main deep-sea trades, which clearly shows that we have reached a plateau, where carriers are now only blanking very few additional sailings, and for the moment are satisfied that the currently announced blank-sailings program is sufficient to underpin the freight rate levels.”

Looking at second-quarter fallout, Murphy said that the Asia-North America West Coast cancellations are hitting Prince Rupert, Canada and Long Beach, California the hardest, “with both ports seeing a 20-25% reduction in port calls.”

In the U.S. East Coast market, which is served both directly as well as by Caribbean transshipment terminals, Sea-Intelligence sees the greatest blank-sailing impact befalling the transshipment hub in Freeport, Bahamas. “Carriers are clearly preferring direct cargo under the circumstances,” noted Murphy.

Sailing cancellations to U.S. ports inherently limit the capacity of arriving cargo ships, and by extension, U.S. imports. However, there are lag effects in terms of how ocean schedule changes translate into the number of import containers on roads and rail.

After a ship arrives, a box in a premium service with priority discharge may get from the ship to the customs gate in a day, but it could take three to five days on a non-premium service. And containers could be in the yard for weeks prior to passing through customs if the consignee doesn’t pick up the box promptly (something that is expected to be commonplace amid coronavirus shutdowns). Even after a customs declaration is submitted, it can take another four to five days before it shows up in customs data platforms.

The number of customs filings (SONAR: CSTM.USA) surged in late April as cargo loaded just after the end of the initial China lockdown finally passed through the customs system (after being unloaded from ships that arrived at the U.S. docks earlier in April).

The blank sailings are now pushing the customs numbers back down sharply, albeit with a lag effect that should make the decline even more pronounced by the end of the month.