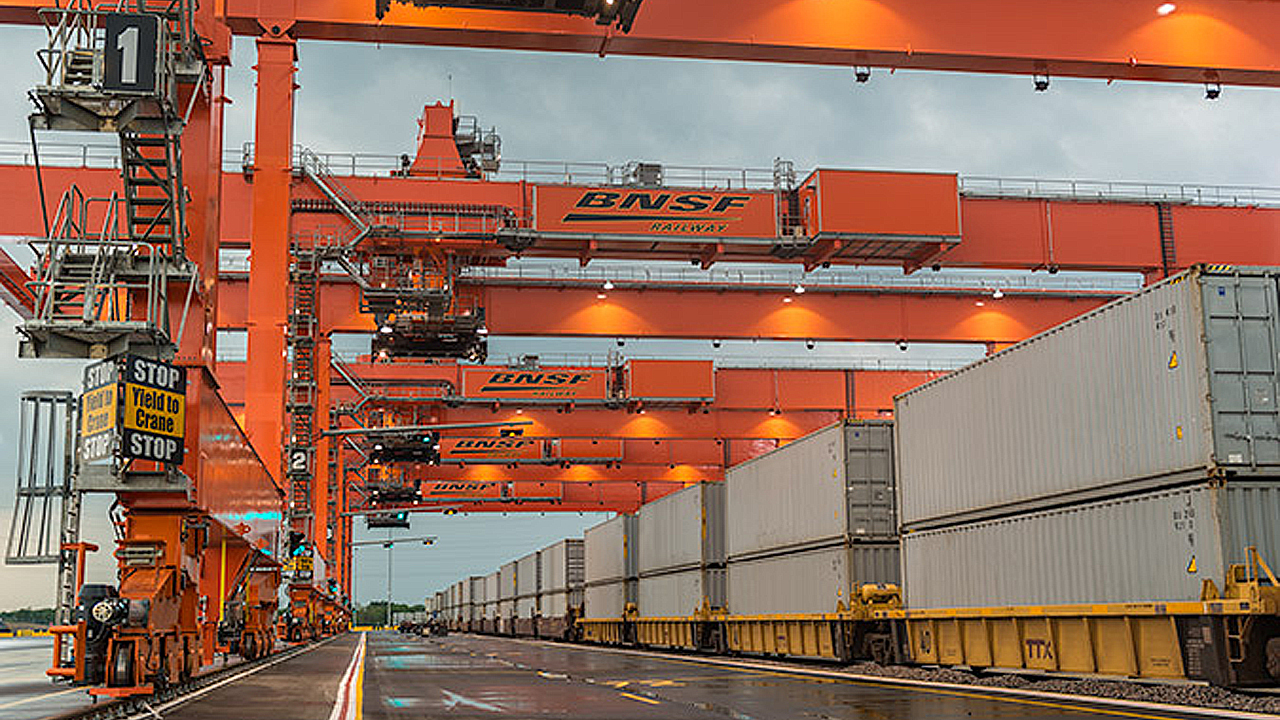 Numerous factors are impairing intermodal volume growth. These include blanked sailings, a shift in overall freight demand toward refrigerated, an uncertain outlook for consumer demand and, of course, competition from the highway.

The LA to Chicago lane retains a unique advantage among intermodal origin-destination pairs given its density, the transportation infrastructure unique to those cities, and the fact that it is anchored by two of the nation’s largest consumption centers as well as strong headhaul markets (i.e., more outbound freight than inbound freight in those metro areas). Accordingly, economies of density work in the lane’s favor with intermodal rates (spot rates shown in blue) considerably below the intermodal national average (orange line shown above).

At the same time, data contained in FreightWaves SONAR indicates that truckload carriers require a rate of approximately $1.26 per mile currently, as shown above, from LA to Chicago to break even in that lane. The current tender rejection rate of 4.95% in the lane, which is above the national average of 4.05%, suggests that carriers with capacity in LA are finding more desirable (generally higher-rated) freight from LA to other destinations.

New York to Chicago – With rates close to parity, a tie goes to truckload

Intermodal rates have shown less volatility in the New York to Chicago lane than truckload spot rates, which have fallen significantly, as they have throughout the country, following a short and intense period of strength related to restocking shelves in March and April following the panic-buying. Weak truckload rates have upended the intermodal value proposition in the lane as freight can be shipped over the highway in two days, delivering better service than intermodal for slightly lower cost.

LA to Dallas – Unusually competitive over the past year, but the intermodal value proposition has improved in May with rising truckload rates

The LA to Dallas lane has been an interesting one to watch during the past year. It has been called out by domestic truckload-based intermodal providers as being unusually competitive with the highway, driven by some truckload carriers’ desire to keep their equipment utilized, even at low rates. The above SONAR chart compares intermodal spot rates to dry van spot rates, including fuel surcharges. It shows that truckload rates, after being at or below intermodal rates for most of last year (the year-end peak season was the major exception), have recovered in May to the point where intermodal would enjoy its typical discount to the highway.

The strengthening longhaul truckload market outbound from LA in late May can be seen in other measures as well, including tender rejections (blue line above) and volume (shown as an index in the green line above).

Intermodal volume from LA to Dallas outperformed overall intermodal volume since early April due to a combination of two related factors: rising import volumes and a truckload market that became tighter.

Going forward, the question becomes whether the recent improvement in the outbound LA truckload market (and thus the improved intermodal value proposition) is strictly related to the surge in imports at the end of April and early May, as shown in the U.S. Customs data above. Since earlier this month, imports have fallen off, which may portend a weakening in the truck market in Southern California, thus hurting intermodal’s relative value.