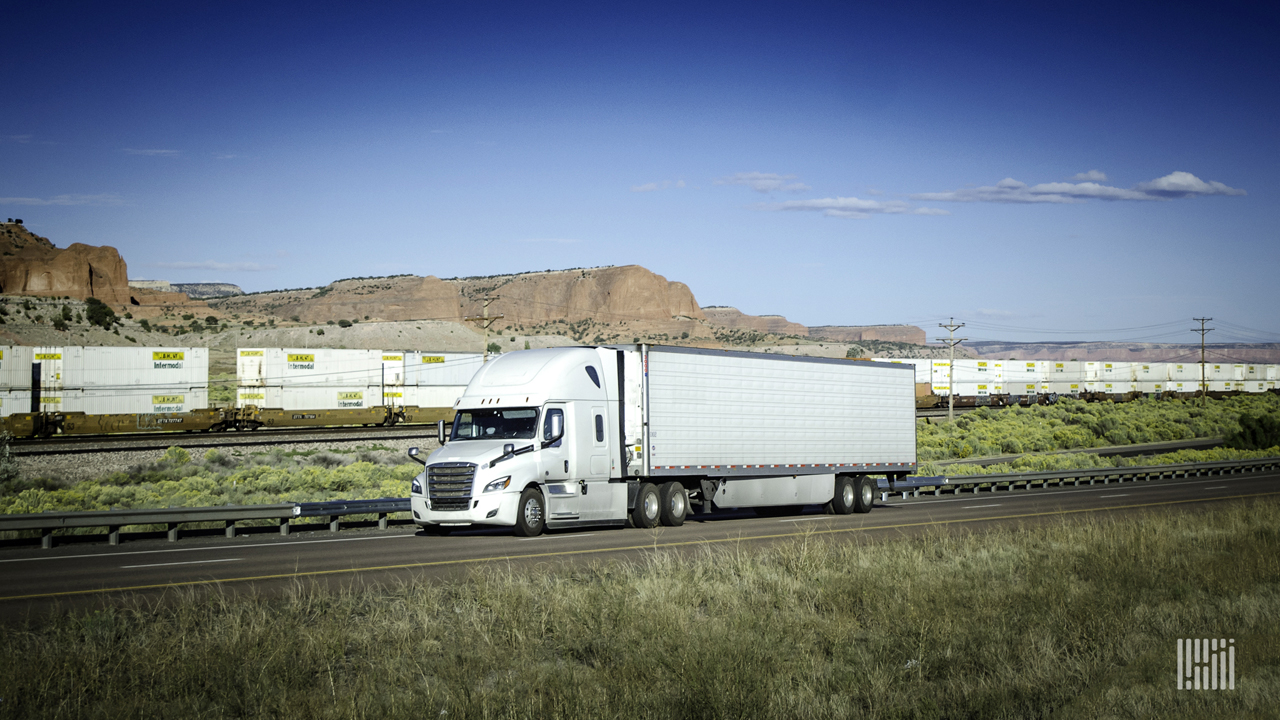 The Class I railroads and the truckload-based domestic intermodal marketing companies have all finished reporting their first-quarter 2020 earnings. For the Class I railroads, the theme of their earnings reports was that operational and cost efficiency improvements are continuing, even as steep volume contraction has stopped any thought of revenue growth for the time being.

There was nothing in Class I results to make investors sick. The Class I railroads generally performed better than analysts’ expectations during the first quarter. One statistic that stood out was Union Pacific’s 460 basis points of operating ratio improvement – from 63.6% in the first quarter of 2019 to 59.0% in the first quarter of 2020. What also stood out from the Class I railroads’ results was just how similar they were to the type of results we have become accustomed to seeing from the railroads before COVID-19. There seems to be no limit to how much efficiency they can squeeze out of their cost structures and are seemingly able to raise rates to shippers no matter the economic scenario.

What also stood out was the contrast between the Class I railroads’ results and those posted by the domestic truckload-based intermodal providers (the group of companies that includes J.B. Hunt, Hub Group, Schneider and XPO’s intermodal segment). While the U.S. Class I railroads posted an operating ratio improvement of 270 basis points year-over-year (y/y), on average, the intermodal peer group posted an operating ratio degradation of 120 basis points in their intermodal segments. The statistic that stood out for the intermodal providers was Hub Group’s operating margin, which declined 140 basis points from 3.8% in the first quarter of 2019 to 2.4% in the first quarter of 2020.

The headwinds impacting the domestic truckload-based intermodal providers are numerous. Imports are falling with weakness expected at least through the summer. The outlook for consumer demand is weak despite the economic stimulus packages because of the dramatic rise in unemployment and economic uncertainty. Intermodal providers are contending with rising purchased transportation costs for rail capacity, which seems to reflect the bargaining power between the two parties rather than the conditions of the freight economy. And, of course, the truckload market is loose, making intermodal more competitive with trucking, particularly in shorter-haul lanes.

Highway competition can be illustrated with a few high-level charts from FreightWaves SONAR:

Long-haul truckload (700 miles or greater) volume taking share from intermodal. It makes you nostalgic for when intermodal was called an “avenue for growth”:

The rates above are per mile and include fuel surcharges. The percentages denote y/y percent changes.

The chart above shows the percentage of tendered freight that is rejected by carriers at contracted freight rates. Lower percentages, as shown above, indicate a loosening truck market.