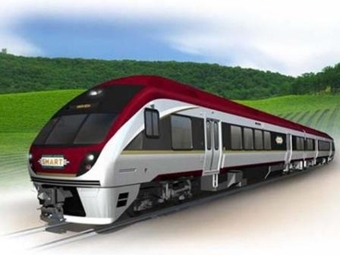 Sonoma-Marin Area Rail Transit (SMART) service "is two years away from the start of passenger service between the Sonoma County Airport and downtown San Rafael" in northern California, and the project "is on solid financial footing," according to SMART Chief Financial Officer Erin McGrath.

In a letter posted on SMART’s website and dated Oct. 4, 2014, McGrath outlines three reasons why the passenger rail project is in good shape.

“Fact No. 1: SMART will have enough funds to operate. For the past three years we have been both building the system and planning for operations. Our operating estimates plan for both the known and the unknown. There are many things that will fluctuate over time such as labor and fuel prices,” McGrath asserts.

“Fact No. 2: SMART’s future sales tax assumptions at 3% are reasonable,” McGrath says. “Examining sales tax fluctuations over time, it is true that recessions will occur. But we have anticipated that in our financial planning.”

McGrath adds, “Fact No. 3: SMART’s debt burden is manageable. In order to build this large, complicated project, it was necessary to build as much of the project as possible at one time. This results in a well-known process of issuing revenue bonds against future tax receipts.”

The CFO concludes, “SMART will continue to be responsible and transparent with our finances because it serves the overarching goal of building and running the best transportation alternative to Highway 101 possible.”

Service will be provided by a fleet of 14 diesel multiple-units (DMUs) being produced by Nippon Sharyo U.S.A./Sumitomo Corp. of America, using Tier 4 Final-compliant QSK19-R diesel engines from Cummins Inc.