For those of you unable to join the more than 400 attendees at Rail Equipment Finance 2014, “Financial Edge” is here to help.

Generally, one could not have attended a conference more optimistic and enthusiastic about the marketplace. There were notes of caution throughout the conference regarding impending regulatory changes for tank cars. Generally, market reports focused on the potential for future growth and success. Clearly, attendees at REF 2014 are ready to deal.

Rick Webb, CEO of Watco Cos., provided an overview of Watco’s growth opportunities and success tied to the boom in oil and gas drilling in North America. He addressed the current environment for tank cars and future changes in railcar design.

Mark Gerlach and Joe Devoe let us know that investors are deploying money into rail and rail equipment at margins (interest rates) lower than equivalent companies in other industries. Both forecast ongoing demand for the near term.

Tony Hatch discussed growth in freight traffic, emphasizing crude and intermodal. Hatch noted the broad commodity demand on the rails (with the exception of coal) and how growth in intermodal loadings—the growth story before crude by rail (CBR)—continue to be a source of future growth.

Graham Brisben and Catherine Bernardo waded into hydraulic fracking and discussed growth and longevity of CBR and frac sand markets. CBR is a long-term play with great growth potential. Brisben noted concerns about equipment and potential corrosion, including the regulatory environment; he also noted that demand could be affected by oversupplied crude and by pipeline development. Bernardo highlighted an increase in drilling rig activity and the number of operating wells, long-term demand for natural gas and oil in North America, and that available investment returns will continue to drive growth.

On steel markets, Trey Savage and Robert Blankemeyer highlighted that slow growth (such as housing starts) and foreign competition have denied this market the strong upward trend many rail based commodities are seeing.

William Rennicke of Oliver Wyman looked into the future of railroads in 10 years and how the commodity mix of carloadings drives changes in the rail network and rail investment.

National Steel Car’s Robert Pickel highlighted the projected production of new railcars for 2014 of 60,318 units, seeing continued growth and opportunity across many segments in the railcar fleet.

Ted Baun provided news on improving demand for coal cars and coal loadings, noting that the downward trend in coal loadings will be slow and lengthy.

On intermodal, consultant Ron Sucik discussed how intermodal loadings are an ongoing growth story for railroads in the U.S. Service and infrastructure improvements continue to take market share from trucks. Mike Nelson identified the need for investment in equipment for moving motor vehicles.

Paddy O’Neill and Glen Courtwright informed us that the boxcar of the future (an item debated at REF) is the 60-foot Plate F boxcar. The future is now as that fleet has been undergoing replenishment and replacement. The transition to the larger car needs to be managed with older 50-foot Plate C boxcars being maintained throughout the transition to insure availability of equipment to serve shipper needs.

Betsey Snyder and Anita Ogbara of Standard and Poor’s gave an economic overview weaving a positive tale of economic growth, strong railroad capital, and fundamental strength. They noted that ongoing strength of operating lessors and railcar and component manufacturers is resulting from the underlying market dynamics in the industry today.

Dave Murawski discussed tank railcar regulations and noted the frustration that many parties feel about the way the process is being handled. Timing and implementation of the changes impact which cars are being ordered today and will likely do so until the changes are finalized. He acknowledged that demand for tank cars will be at extraordinary levels for the next 18 to 24 months.

Todd Kahn and Robert Pickel discussed covered hopper cars. Key takeaways are that although deliveries hit a three-year low in 2013, demand is likely to increase in 2014 and beyond. Demand will come from sand/cement and plastics markets. For sand/cement, the driver is hydraulic fracking; for plastics, the price of natural gas is driving production of jumbo hoppers for 2015 and beyond.

A wealth of information distributed in two days! 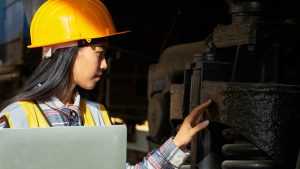 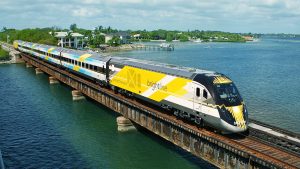