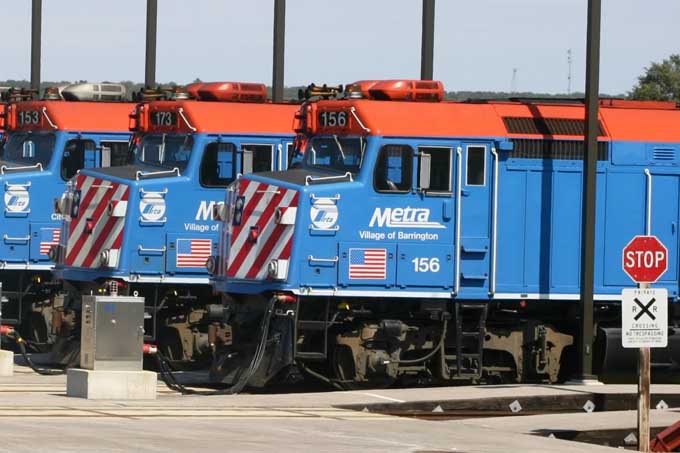 The builders’ line forms to the right.

Chicago’s Metra is seeking requests for proposals for the design and production of new railcars and locomotives to replace its aging fleet.

The agency in a release said it plans to order a minimum of 25 new passenger railcars “plus as many more railcars above that amount as possible.”

The exact total, it added, depends on the responses to the RFP, available funding, and “financing alternatives,” such as leasing, to stretch its dollars.

The locomotive RFP, which will be published during the third quarter of 2017, specifies a base order of 10 units “plus as many more as possible.”

Metra said it has approximately $200 million budgeted for rolling stock purchases over the next five years, but that funds could be channeled to Positive Train Control or other capital needs. Metra’s Board of Directors said it has asked staff to consider financing alternatives such as leasing to maximize the efficient use of available capital resources.

The agency was banking on $1.3 billion in new funding, mostly from a new state bond program, to pay for its 2014 modernization plan calling for the purchase of 367 railcars and 52 locomotives.

The funding did not materialize, and Metra has to make do with existing money.

“By now, we had hoped to benefit from a new state infrastructure program and planned to use those funds to buy new rolling stock. Clearly, that has not happened,” said Metra Executive Director and Chief Executive Don Orseno. “Until the state passes a new program, we have decided to do what we can with the resources we have available to us.”

“Funding for capital transportation projects has never been more uncertain. We believe this is a measured, realistic and responsible way for us to buy new cars and locomotives with the funding resources we have on hand today,” said Board Chairman Norman Carlson. “And, if the state comes through with a new infrastructure program, we will be able to accelerate our orders if that’s what the Board chooses to do.”

Metra expects to award the contract for new railcars in the first quarter of 2018. It last received new railcars for lines other than the Metra Electric in 2006.

Metra expects to award the locomotives contract later in 2018, with the first delivery in 2020. The new, cleaner-running power will begin to replace older diesels serving Chicago Union Station.

Separately, the Board also authorized a settlement agreement with Sumitomo Corp. of America to deliver seven railcars to Metra in exchange for releasing the company from the option Metra recently acquired from Virginia Railway Express to purchase 21 railcars, and for Nippon Sharyo’s delays in delivering Metra’s order of new cars for the Metra Electric Line. The first of those cars is to be delivered in mid-2019.