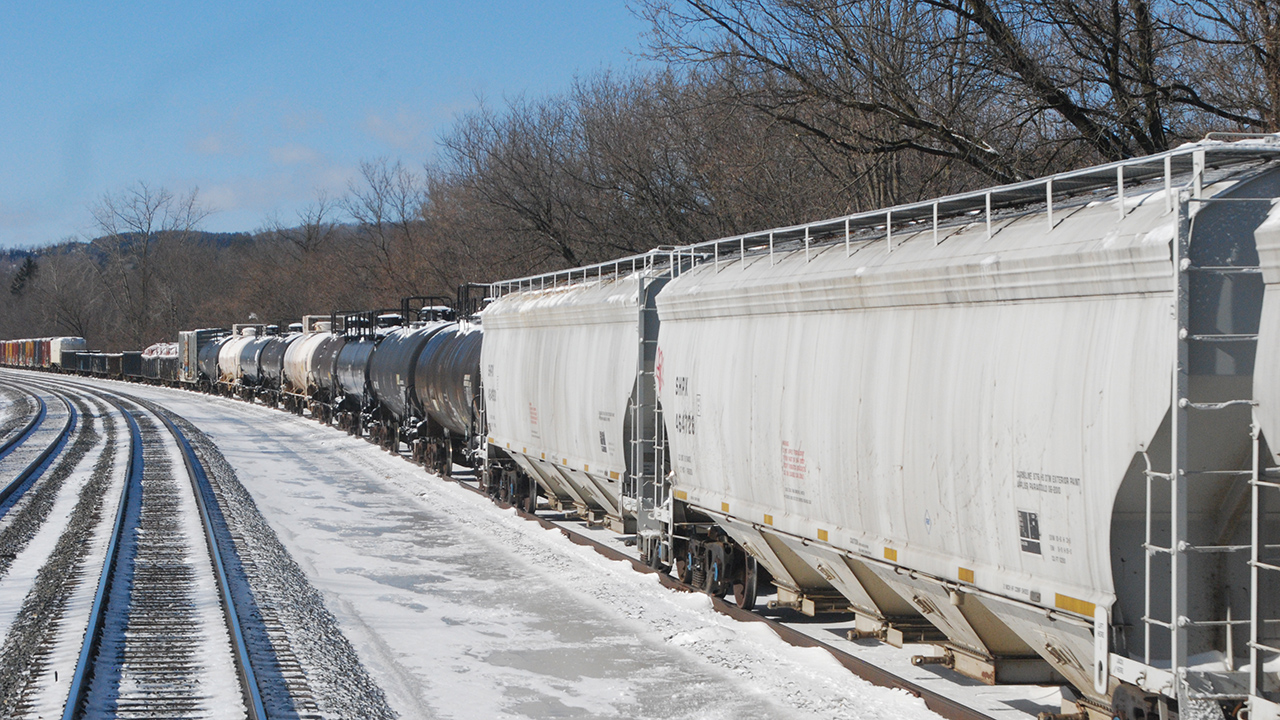 FINANCIAL EDGE, RAILWAY AGE AUGUST 2021 ISSUE: Ah, the summer doldrums. While many were hoping for carefree days and a return to normalcy, sadly, the world continues to fret and struggle with the coronavirus and its Delta variant. However, in the shadows of this looming global crisis, the world of North American rail is all atwitter with political activity and other news-grabbing headlines.

At the center of the political maelstrom is STB Chairman Martin Oberman. Seven months into the job, Oberman is handling two headline grabbers: First, the CN/Kansas City Southern (KCS)/Canadian Pacific (CP) melodrama. Second, STB was called out by Joe Biden’s July Executive Order calling for freight rail to give more respect to Amtrak and for improved “competition.”

As tempting an issue as the Executive Order is for “Financial Edge,” Railway Age (William “Shakespeare” Vantuono) covered that topic in good stead. Perhaps next month, the origins of the Biden Executive Order will make for an interesting read. (Spoiler alert: Rail is an afterthought rather than an originator of this initiative.)

If that’s the “political,” this column must be about the “other.” GATX CEO Brian Kenny made a fairly bold statement in GATX’s second-quarter release on July 20: “Absolute lease rates … increased for the fourth quarter in a row … We expect these favorable trends to remain for the rest of this year” (italics added).

“Absolute lease rates … increased for the fourth quarter in a row … We expect these favorable trends to remain for the rest of this year.” — GATX CEO Brian Kenny, during 2Q21 announcement

WOW! Optimism from an operating lessor! That’s so 2014! Cue Pharrell Williams! In the June Railway Age “2021 Guide to Equipment Leasing,” high scrap rates and finished steel cost were highlighted as impact factors for lease rates that had not created measurable impact in the overall marketplace. Heading into the second half of 2021, that may be starting to change.

This is good news for railcar lessors. It demonstrates that lease rates (which have languished for years) can actually rise as a result of market conditions. That is a welcome change for some new entrants in the market that have never seen the historically plum lease rates associated with an uptick in demand.

Before the orchestra starts playing Happy Days Are Here Again, the current rate increases highlight North American railcar leasing market difficulties. Stop if you’ve heard this before: Railcar demand is driven by railcar loads. The more freight being moved by rail, the more railcars are needed to service this demand. General freight loadings languish below 2019’s pre-pandemic levels (see chart above, top). This is not just microprocessors hindering auto production (see chart above, bottom). Even with intermodal’s strength above 2019 levels, the rail freight market needs increased loadings from today’s levels.

With hot rolled steel prices projected to hold at current levels until mid-2022, the focus of railcar users has shifted to older assets. Mix in a hot summer and natural gas above $3.50/MMBTU, and railcar lessors are seeing measured price increases across almost all segments, including out-of-favor railcars such as coal and small cube hoppers for sand. This makes Brian Kenny’s prognostication a fairly sure bet for the remainder of 2021.

That’s about where the good news stops. Railcar owners want increasing demand for assets in an expanding market. Instead, today’s market offers a lidocaine (active ingredient in Bactine®) style superficial sense of growth without sustainability.

Furthermore, consider the plight of the railcar manufacturers. The pandemic jab gets crossed with outrageous raw material prices. Used car lease rates (benefiting the leasing side of the house) and increases in railcar demand will consume some of the inventory of existing railcars, but not enough for a significant increase in new car orders in 2021. (As of July 1, there are 360,000 railcars in storage.) When steel and scrap prices gravitate to their traditional mean, unless railcar loadings increase, new railcar prices will begin to decrease. Once new railcar prices drop, lease rates on all railcars are likely to slide back down again.

Railcar leasing and railcar manufacturing are tough businesses made tougher by a market that craves growth and often finds growth to be ephemeral. Industry veterans at these companies searching for the symbiosis needed between railroad pursuit of, and customer demand for, railcar loadings know that the market can be fleeting and fickle.

In a moment of brightness, the future remains uncertain.

In the meantime, scrap while the scrapping is good, and book those higher lease rates.