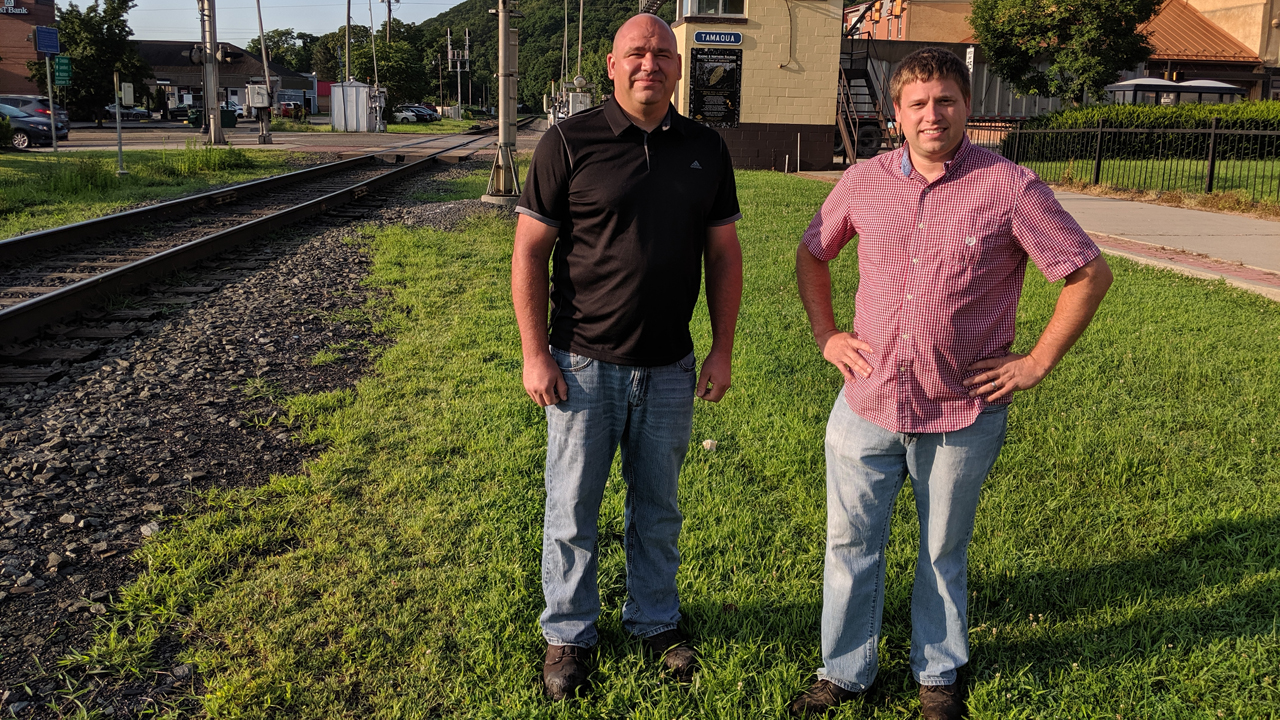 His current duties include helping to design, engineer and install a plan to re-signal more than 100 miles. Additionally, he continues to update safety and technology at both crossings and signal locations throughout the Reading & Northern system. Barket also oversees the communication system from the dispatching center, to radio bases, to handheld radios.

Barket, who reports to EVP of Operations Tyler Glass, was born and raised in Lebanon, Pa. He’s married to Angela Barket and has one daughter, Lucy, and one stepson, Cole.

Collins began at Reading & Northern in 2008 as a Signal Maintainer on the Lehigh Divison. In 2015, he was named Signal Communications Manager. Then in 2018 he was appointed Director of Communications and Signals “in recognition of his hard work and dedication to improving and building out the signal and communications systems across the railroad.” Throughout his tenure he has overseen the construction of 10 interlockings and 23 signal and crossing locations.

Prior to Reading & Northern, Collins served three and a half years in the U.S. Army and reached the rank of Sergeant. After his enlistment, he attained a degree in Computer Information Systems at Luzerne County Community College. He is married to Noreen Collins and has one son, Ryan. Collins reports to Barket.

“Both individuals have shown tremendous growth since joining our organization,” said Reading & Northern President Wayne Michel. “They continue to innovate and blend the newest technology into our systems in order to provide a safer and more efficient system for our operations as well as the public. The list of projects is never ending and they have a fine team to lead as we move forward in this growing company.”