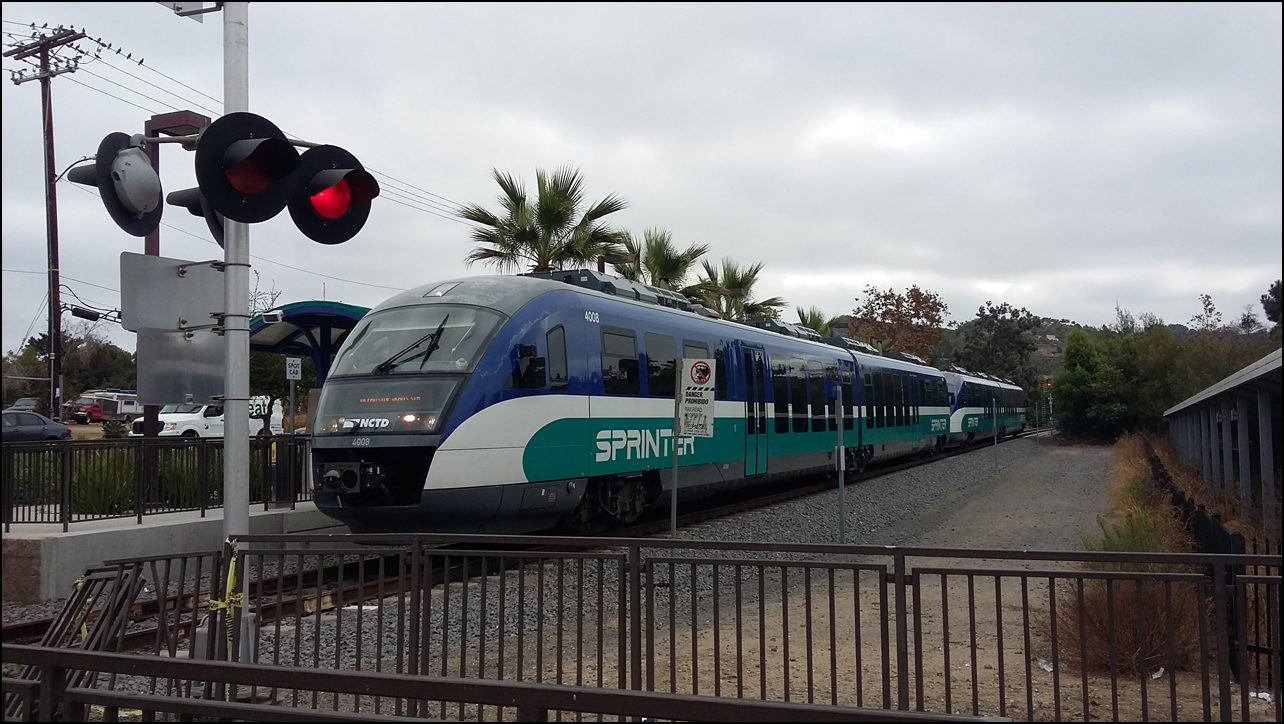 One of Southern California’s busiest railroad towns will be a whole lot quieter a year from now.

In the works since 2007, coastal Oceanside is installing upgraded technology that will eliminate the blasts of train horns at grade crossings as soon as next spring.

While the project’s early efforts were stymied by a lack of funding, it picked up momentum in 2016 when the city received $5.7 million in county TransNet funding and a grant of $1 million from CalTrans.

The city expects to see rail service increase to an average of 90 daily trains by 2020.

Oceanside is also awaiting delivery of two plug-and-play signal bungalows, to control the system. Construction is expected to be completed in January 2019. Inspections by the FRA and other agencies should be done in time for the quiet zone to be operational by spring.