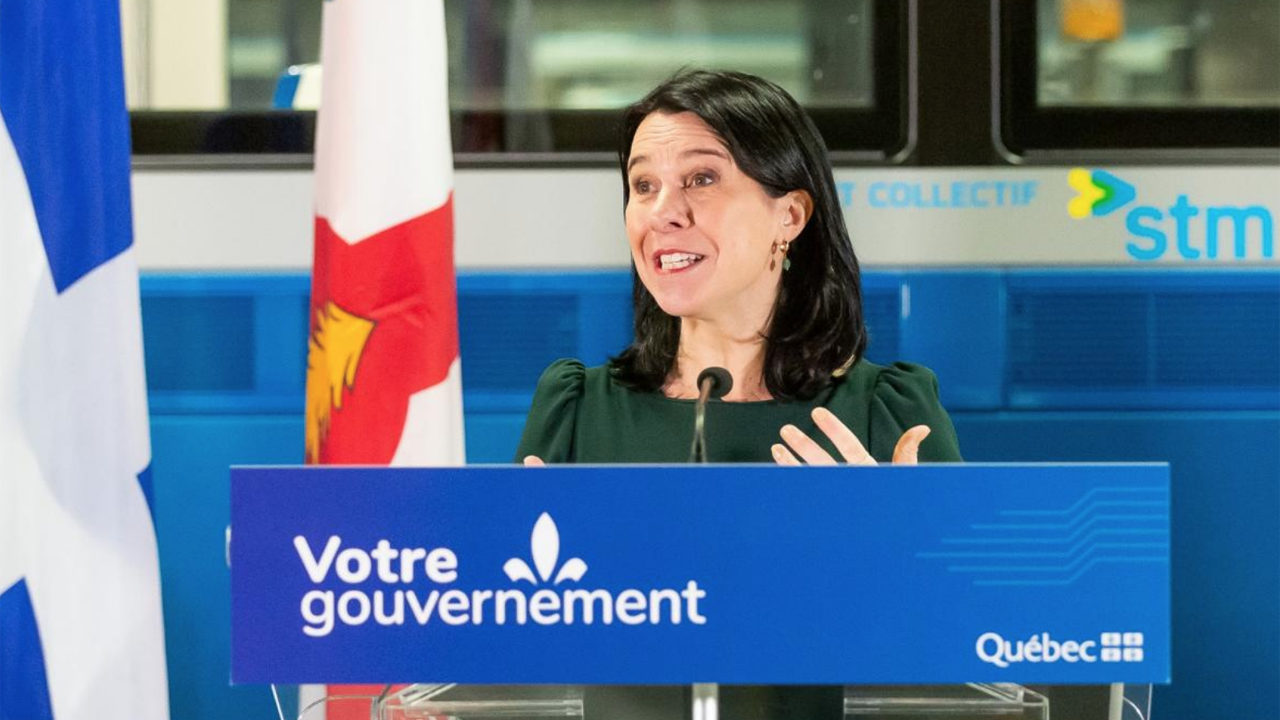 The governments of Québec and Montréal on Jan. 23 committed to investing more than C$565 million in a new train control system for Société de transport de Montréal’s (STM) metro.

The project, beginning with implementation on the Blue Line, will be financed primarily by Québec (C$296.6 million), according to the announcement by Deputy Premier and Minister of Transport and Sustainable Mobility Geneviève Guilbault and Montréal Mayor Valérie Plante. STM will contribute C$65.6 million, and a request for funding will be submitted to the federal government, they reported.

STM has issued a call for tenders for the new system, which it said would be based “on a more efficient CBTC (communications-based train control) type technology, used by the vast majority of metro network operators around the world.”

The new train control system is slated for completion in 2028 for the existing Blue Line and in 2029 for Blue Line extension project now under way. It will be added to the Green, Orange and Yellow lines at a later date.

The Blue Line extension will run approximately 3.7 miles (6 kilometers) east from the Saint-Michel station to the borough of Anjou and include five new stations. It is expected to open by 2029. In December, STM launched the call for tenders for tunnel construction and site preparation for some of the future stations and auxiliary structures.

“The new train control system brings our metro network into the modern age,” Valérie Plante said. “This essential element of the extension of the Blue Line will also allow us to develop an ever-more efficient network at the cutting edge of technology. This investment demonstrates the government of Québec’s commitment to the development of Montréal’s public transit network.”

“This project will ensure the technological viability of the metro network for decades to come, in addition to allowing more flexibility in the positioning of trains,” said STM Director General Marie-Claude Léonard, who was promoted to lead the agency in summer 2022. “The Blue Line will thus be equipped with state-of-the-art technologies, for the benefit of customers and the teams that operate it.”

In related developments, STM in April 2022 exercised a contract option with Thales for eight additional computer-based interlocking systems, bringing the total to 16. Additionally, Alstom in early 2022 completed delivery on a major rapid transit railcar order for STM, which, like RATP in Paris and Sistema de Transporte Colectivo (STC) in Mexico City, uses rubber-tired vehicles. The 639 MPM-10 cars, configured in 71 carsets of nine and named “AZUR” (“Sky Blue”) by the public in 2012, were ordered from Bombardier and completed by Alstom.