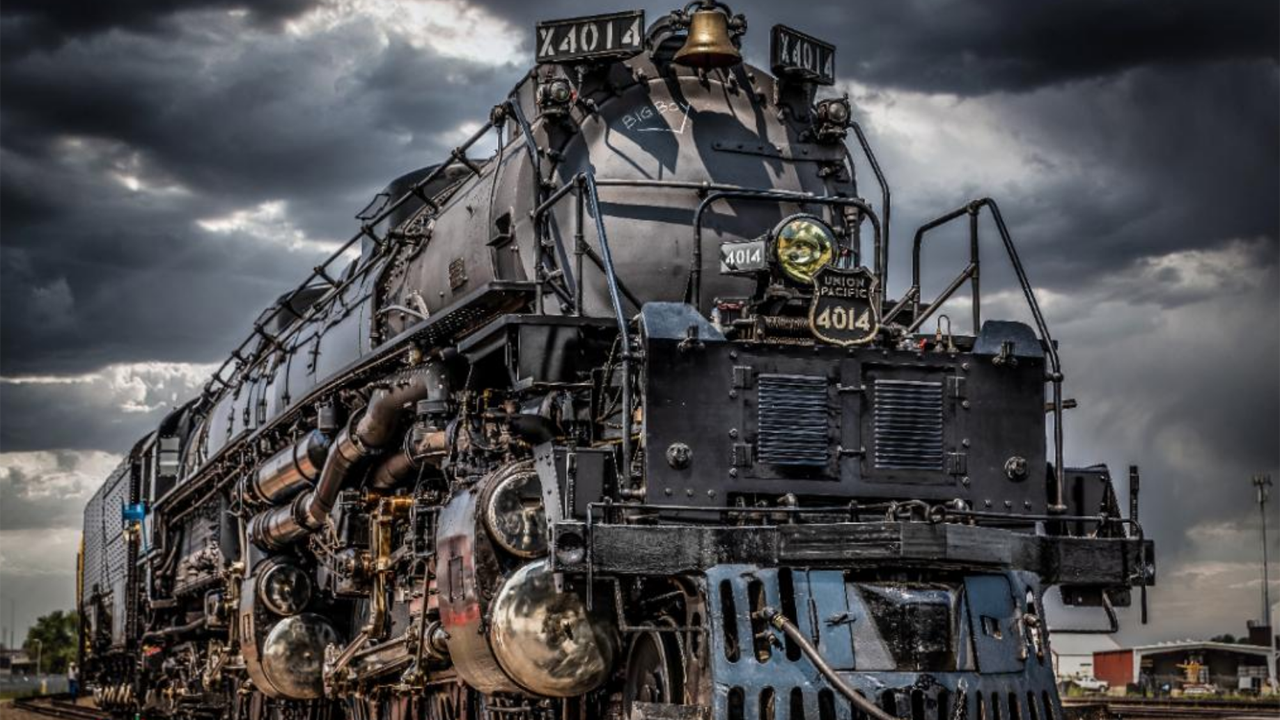 UP’s Steam Team has so far operated “more than 1,500 miles of flawless execution with PTC” on the Big Boy No. 4014, pictured above in North Platte, Neb. (Photo by Tim Wilcox, UP locomotive engineer, Great Plains Service Unit)

Union Pacific’s (UP) articulated 4-8-8-4 “Big Boy” No. 4014—one of the largest and perhaps most famous steam locomotives ever built—was equipped with Positive Train Control (PTC) before embarking on its tour this summer to celebrate railroad heritage and the communities UP serves.

No. 4014 departed UP’s Steam Shop in Cheyenne, Wyo., on Aug. 5. It is traveling through 10 states—Arkansas, Colorado, Illinois, Kansas, Louisiana, Missouri, Nebraska, Oklahoma, Texas and Wyoming—making brief “whistle-stops” (see route map below). It has also been on display in Fort Worth and Houston, Tex.; and in New Orleans, La.; and will stop in St. Louis, Mo. on Aug. 29, and in Denver, Colo., on Sept. 6, before heading back to Cheyenne.

This is the first tour for the 80-year-old locomotive since UP restored it for 2019’s “Great Race” tours commemorating the transcontinental railroad’s 150th anniversary. The five-year restoration took place at UP’s Steam Shop, after the Class I railroad reacquired it in 2013 from the RailGiants Museum in Pomona, Calif., following a retirement that spanned six decades.

UP said its Steam Team has so far operated “more than 1,500 miles of flawless execution with PTC” on the Big Boy.

The Class I railroad’s Corporate Communications provided the following highlights of how the railroad equipped the locomotive with PTC.

“Back when it was first discussed in 2016, there wasn’t a clear, feasible technical path to accomplish this,” said Greg Richardson, General Director-Operating Technologies, Engineering at UP. “The steam locomotive was simply not able to provide the electronic inputs needed by PTC.”

By January 2021, UP had a new design approach: using the PTC onboard computer of a trailing diesel locomotive. “Solutions were engineered to address placement and powering of the PTC display unit in Big Boy’s cab; communications between the PTC display unit and PTC computer in the trailing locomotive; and interconnection of the brake systems on the 4014 and the trailing locomotive,” according to UP, which noted that this approach is also planned for its steam locomotive No. 844.

“I worked on and around steam locomotives for 15 years early in my railroad career,” Richardson said. “I always admired the UP Steam program, its scale and what it represents. It’s a personal honor to contribute to the program’s safety and viability.”

Ed Dickens, Manager-Heritage Operations and head of UP’s Steam Team, is the Big Boy’s “commander,” and this is the first time he has operated with PTC. “It provides a lot of good information for train crews and is a real improvement for safety,” Dickens said. (See a UP video interview below.) “We have a PTC monitor, so the system is fully compliant and works very well. We have a map that is constantly upgrading, shows us any speed restrictions, signal indications, any type of work zones and other impacts.”

According to UP, the next step is to place all PTC technology directly onto No. 4014. “We now have a path to do that, based on what we’ve learned and accomplished so far,” Richardson said.

Visit UP’s website for more on the rest of the Big Boy tour.