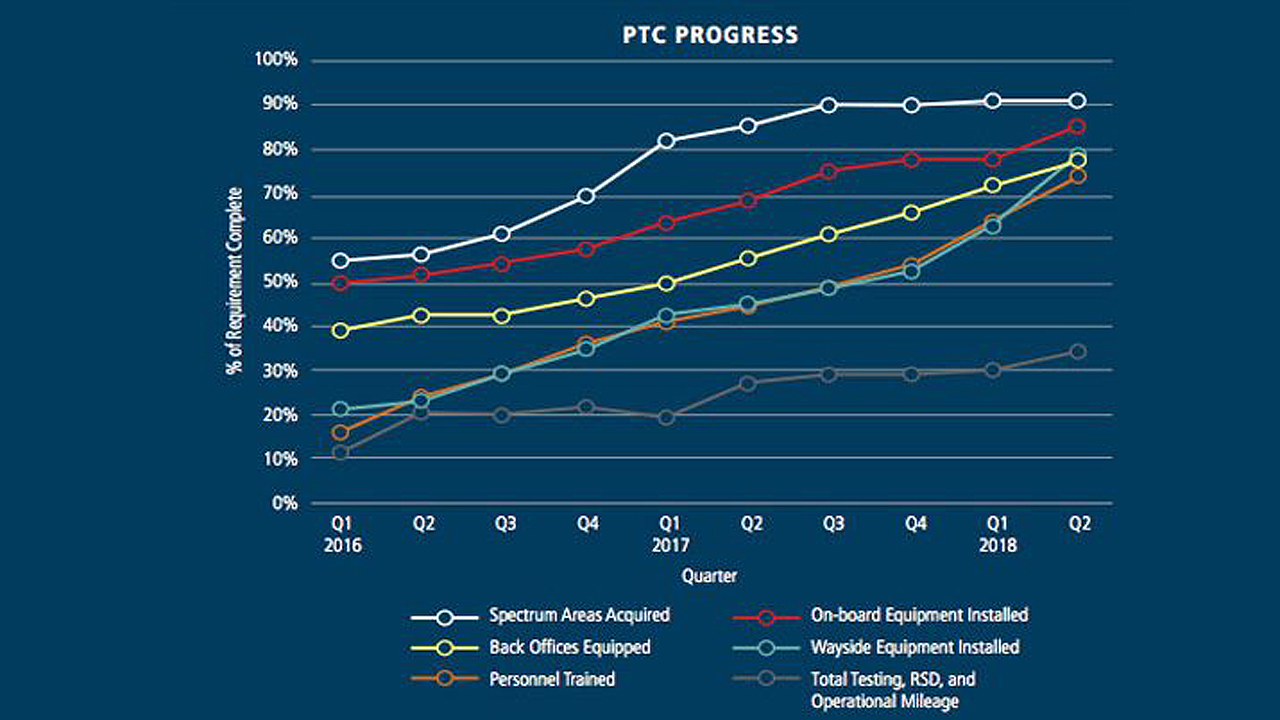 APTA President and CEO Paul P. Skoutelas lauded the commuter rail industry’s progress, but said it was still too early to predict if any of APTA’s commuter rail members would miss the Dec. 31, 2018, statutory interim deadline.

APTA’s analysis found that as of June 30, 2018, the commuter rail industry has:

“Positive Train Control is a critical commuter rail safety enhancement,” said Knueppel. “Implementing PTC at SEPTA, during a challenging period of capital funding, has been an authority-wide commitment. Throughout this effort, our in-house team has been working continuously with Amtrak, our freight partners and third-party contractors to address technical and interoperability challenges. SEPTA trains on all 13 Regional Rail Lines are equipped and operating with PTC, and SEPTA is proud to have implemented this safety technology for our customers and employees.”

“Implementing Positive Train Control in Chicago’s dense and busy railroad network has been very challenging, but Metra is right where we said we’d be in terms of finishing the job,” said Derwinski. “Working with our freight partners, we expect to have PTC implemented or in revenue service demonstration on six of our 11 lines by the end of 2018, and to complete the job by 2020.”

APTA called the implementation of PTC an “unparalleled technical challenge” given its scale, complexity and time required, but noted that the commuter rail industry is moving aggressively to meet the challenge despite the technical and financial constraints.

APTA has also launched a website dedicated to the commuter rail industry’s PTC progress; it can be found at ptcfacts.com.