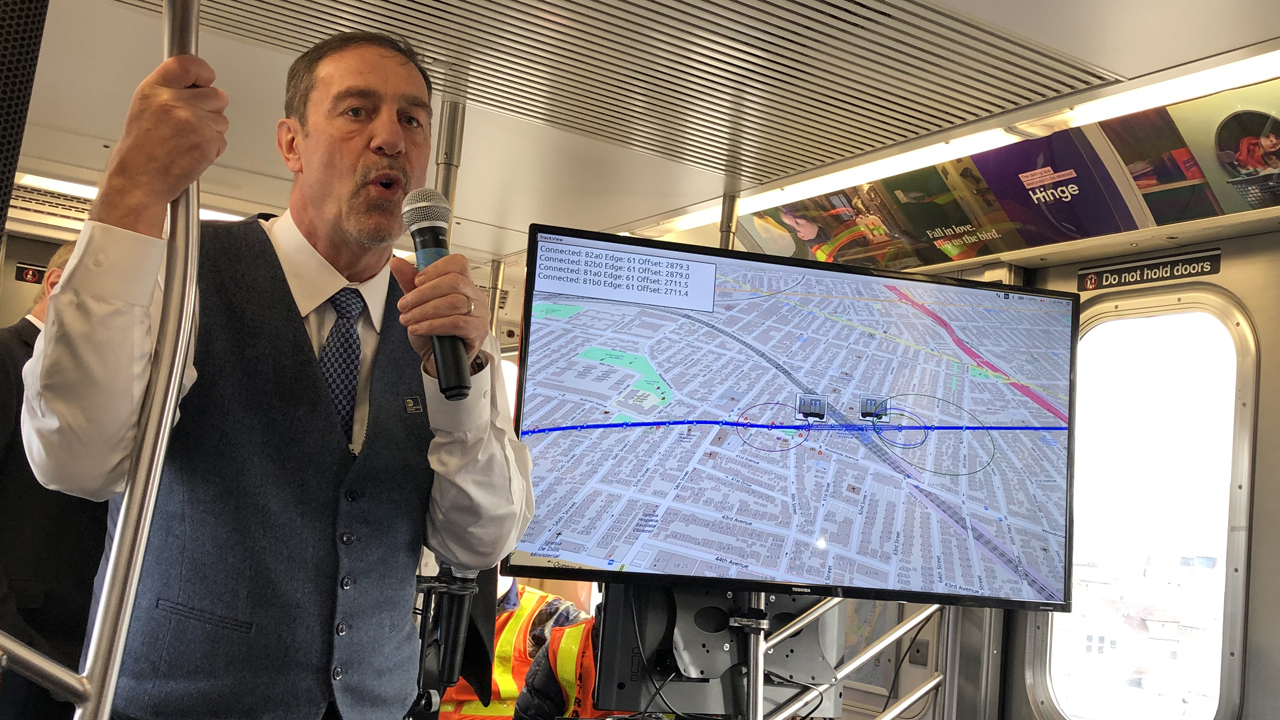 NYCT’s UWB proof-of-concept was the culmination of a pilot program on the Flushing (7) Line that came together in only nine months, thanks to Tomlin’s expertise and that of Thales, Piper Networks and MTA Chief Innovation Officer Mark Dowd. UWB traces its roots to the MTA’s Genius Transit Challenge program, launched in 2017, which “challenged leading companies from around the world to improve subway signals, capacity and communications for the future.”

In March 2019, the NYCT awarded Thales and Piper a contract for a UWB-based Train Control System Pilot Program on the Flushing Line. At the same time, NYCT awarded Siemens and Humatics a contract for a UWB pilot on the Canarsie (L) Line. The pilot’s scope involved preparing UWB for safety certification. It consisted of nine months of testing and collecting 2,500 hours of operational data. An automated data upload facility at NYCT’s Corona Yard enabled Cloud-based processing of all collected sensor data from the line that can be compared with data from the CBTC system and a LiDAR (light detection and ranging)-based “ground truth” digital map.

The Flushing Line demonstration took place on the center express track between the 61 Street/Woodside and 40th Street stations. The demo “showed the potential of an even more precise positioning system, UWB, to improve system performance and recovery,” NYCT noted. “The pilot proved it could also help accelerate the implementation of CBTC.” Additionally, UWB technology is installed on the wayside rather than directly on the railbed, so “it could be considerably easier for NYCT personnel to maintain in the long term and cut down on delays stemming from malfunctioning track-borne equipment.”

Key advantages and features of UWB:

• Rapid implementation, achieved through a reduction of onboard equipment by elimination of vehicle undercarriage installation. This could enable NYCT to modernize aging subway infrastructure on an accelerated timeline.

• Improved train positioning accuracy, called NGP (Next-Generation Positioning), achieved through utilization of modern onboard sensors including UWB radios. The UWB test runs are used to evaluate the accuracy and fault tolerance of the NGP system. Each end-of-the-test train is equipped with a Thales Vehicle On Board Computer (VOBC), part of the CBTC system, integrated with the NGP sensors.

• Accelerated start-up position initialization. The NGP system is described as “highly tolerant of equipment or sensor failures without impacting overall function.” Upon power-up and initialization, the NGP system tells the onboard controller precisely where it is located, enabling a train to initialize and engage Automatic Train Operation (ATO) faster than current-generation CBTC systems.

• High accuracy and availability: NGP provides greater positional accuracy and can support much greater separation between wayside landmarks. This means that future CBTC systems based on this technology will support more precise station stopping accuracy and will be able to travel a greater distance between wayside landmarks. If inputs from sensors or UWB controllers at one end of the train fail, the system can seamlessly switch over to inputs from the other end of the train.

There are five high-tech components/sensors integrated with Thales’ NGP systems:

• IMUs (Inertial Measurement Units) that detect changes in speed and direction with an “extraordinary” level of accuracy. The NGP system uses the IMU for inertial navigation and orientation verification.

• Radar (radio detection and ranging). Radar, which uses radio waves to measure the distance and speed of objects, is employed by the NGP system for speed measurement and zero speed/stationary status.

• LiDAR, which uses pulsed laser light to measure distance with high precision to any targets within range to create a dense 3D map of its surroundings. LiDAR was used to scan the route and create a “ground truth” digital map that the positioning system data can be compared with.

• High-definition camera: Using advanced image processing techniques, the camera can detect objects such as rails, wayside equipment or trackside workers. These functions are still in the preliminary testing phase.

“All of these features will contribute to faster system deployment and more reliable service with fewer delays for our passengers,” NYCT notes.

“Thanks to this partnership with NYCT, we’re delivering cutting-edge technology as we test the next generation of train positioning,” said Dominique Gaiardo, Thales Vice President and Managing Director for Urban Rail Signaling. “Thales has integrated modern onboard sensors with a UWB network to create an enhanced next-generation positioning system for our CBTC digital signaling architecture. The new system has higher accuracy, resiliency and availability, and is quicker to deploy than current-generation products.”

“We took an exciting step in safety certifying Piper’s Ultra-Wide Band technology for the MTA, and we’re looking forward to rolling out this technology across other subway lines as part of the Fast Forward program,” said Robert Hanczor, CEO of Piper Networks. “Together with our partner Thales, we worked closely with the NYCT leadership team, who continually demonstrated their desire to support new technology providers and encourage innovation in the transit sector.”

All this may be a tall order for NYCT following the loss of Pete Tomlin and Andy Byford. No doubt, high-tech projects such as UWB require innovative suppliers like Thales, Piper, Siemens and Humatics, skilled engineering consultants like Parsons Transportation Group and others, and NYCT’s equally skilled and dedicated workers. But they also require strong, focused leadership at the agency level, one or more “champions” who can get the job done, providing motivation and guidance.

Below is a video from Thales of the MTA Press Demo of the Next Generation Positioning System Integrated with Ultra-Wideband Pilot Program: 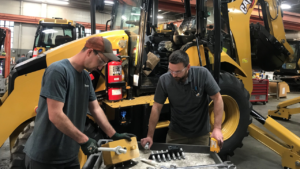