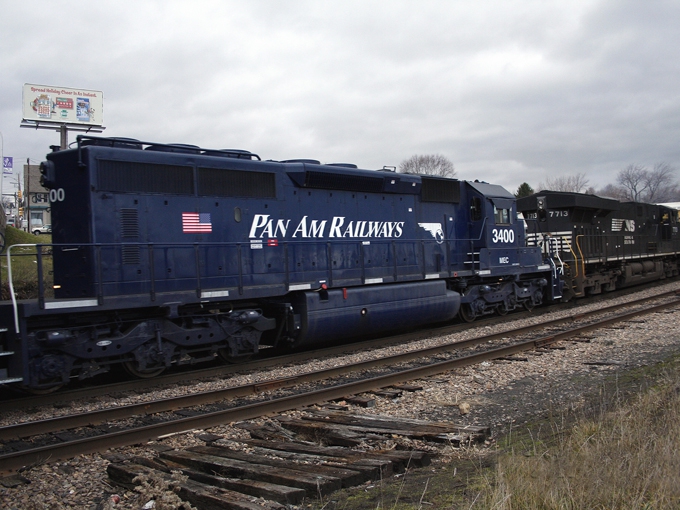 According to PAS and PAR, a 2014 agreement between the two freight railroads and MBTA “was intended to enable a PTC system to be in place by the federal deadline of Dec. 31, 2018. This safety system would be compliant with federal law and appropriate to the joint passenger and freight rail services conducted over the eastern Massachusetts area.” PAS and PAR are claiming that the MBTA has disavowed the 2014 agreement, “raising questions about the three railroads’ ability to implement PTC on Boston-area rail lines by the federal deadline. This throws into doubt the continuation of commuter service on those lines beyond that date.”

In addition to providing commuter rail service on its owned lines, MBTA operates service over properties owned by PAS. The 2014 PTC agreement governs the installation of PTC over all of the jointly operated MBTA, PAS, and PAR lines. The agreement, “which was the result of several years of cooperative discussions, plans, and submissions by MBTA to federal agencies, both for regulatory compliance and financial support purposes . . . also covers installation of locomotive equipment that would be necessary for operations for PAS and PAR freight rail service in the Commonwealth.”

Specifically, MBTA is claiming that it did not have authority to enter into an agreement with PAS/PAR for PTC installation, despite that “since execution of the 2014 agreement, PAS and PAR have acted in reliance on the agreement to ensure safe and compliant passenger services,” the freight carriers say. “MBTA repeatedly has progressed and affirmed plans for PTC installation in accordance with the agreement, including in its 2016 Annual PTC Implementation Progress Report submitted to the Federal Railroad Administration. PAS and PAR are concerned that MBTA’s recent disavowal could set back design and implementation of an integrated PTC system by several years, creating uncertainty about compliance with the federal mandate and the continuation of passenger services.”

PAS and PAR “strongly believe the best path forward lies in reaffirmation of the 2014 PTC agreement and building on the efforts PAS, PAR, and MBTA have taken since PTC was mandated. PAS and PAR pledge to work cooperatively with MBTA to implement a joint freight/passenger PTC system as soon as possible.”

Pan Am Southern was established in 2008 “to bring competitive freight rail service connecting New England to domestic and international markets.” PAS consists of 161 miles of main line tracks and 277 miles of secondary lines, including trackage rights agreements, in Massachusetts, Connecticut, Vermont, and New York. Pan Am Railways is the Northeast’s largest regional railroad. It operates more than 1,000 route-miles in Maine, New Hampshire, Massachusetts, and Atlantic Canada, and interchanges traffic with 15 railroads throughout its network.

Documents related to this story can be downloaded from the links below.