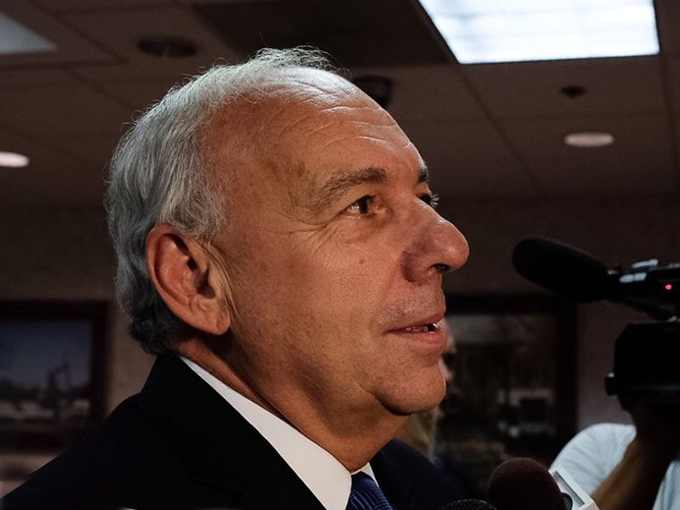 New Jersey Transit has executed a lease agreement with the New York Metropolitan Transportation Authority for the last component of radio spectrum needed for its Positive Train Control (PTC) system, and has set its FY2017 operating and capital budgets.

NJT will lease the 218MHz radio frequency spectrum from the MTA for a period of 50 years, at a total cost not to exceed $725,000. The authorization will allow for the acquisition of the needed spectrum for the northern and eastern portions of NJT’s state-wide regional/commuter passenger rail system.

In April 2016, the NJT Board of Directors authorized the purchase of radio frequency spectrum from PTC-220 LLC for the southern, central and western portions of the system. NJT is also in the process of securing PTC hardware and software components, including thousands of in-track transponders and 124 radio towers along 326 route-miles, in addition to the radios and antenna equipment for 440 locomotives, cab cars and EMUs. NJT’s PTC system is transponder-based technology known as ASES (Advanced Speed Enforcement System). It is similar to, and interoperable with, Amtrak’s ACSES (Advanced Civil Speed Enforcement System) deployed on the Northeast Corridor.

The PTC radio spectrum, also referred to as bandwidth, provides the wireless data link between on-board and wayside equipment, ensuring that the onboard PTC system is receiving safety-critical information in real time. NJT must have its own radio spectrum so that PTC transmissions do not overlap or interfere with any others in the region.

“This is another milestone in our commitment to upgrading our current safety systems to Positive Train Control by the federal deadline at the end of 2018,” said NJT’s newly appointed Executive Director, Steve Santoro. “We are aggressively tackling the challenges posed as PTC is being designed, developed and deployed simultaneously. Acquiring the needed radio spectrum was one of the larger hurdles we have now crossed.”

NJT adopted a $2.11 billion operating budget and a $1.68 billion capital program for Fiscal Year 2017. Both “support continued investments in infrastructure and equipment to maintain the system in a state of good repair and enhance the overall customer experience,” said Steve Santoro. “They represent balanced, fiscally-sound spending plans that keep fares stable and allow for the critical investments needed as we continue our commitment to safety. Our capital program funds continued state-of-good-repair investments in transit stations and infrastructure, supports an ongoing fleet modernization program and advances service reliability, safety and technology initiatives.”

Nearly half of NJT’s FY 2017 operating revenues are projected to come from fares. The remaining amount will be derived from a combination of state and federal reimbursements and state resources of $427 million, comprised of $140.9 million in state operating assistance, $82.1 million in state Clean Energy Funding and $204 million from the New Jersey Turnpike Authority. These resources are $36.7 million higher than FY 2016.

The FY 2017 capital budget includes $72 million for NJ T’s ongoing efforts to install PTC. In addition, approximately $125 million will fund track and bridge improvements and system-wide improvements. The program continues investment in upgrades to the Northeast Corridor (NEC), the agency’s most utilized rail line. The NEC is allocated $64 million in FY 2017 as part of NJ’s ten-year, $1 billion Northeast Corridor investment program, which is a collaborative effort with Amtrak, through Joint Facilities agreements. Among the NEC programs is the New Jersey High Speed Rail Improvement Program, to upgrade track, catenary and signals/train control on the so-called “Raceway” between New Brunswick and Trenton.

Approximately 23% of NJT’s capital budget comes from Federal Transit Administration Sandy Resiliency funds, with the balance coming from federal and other sources, including 33% from the New Jersey’s state Transportation Trust Fund (TTF) and 30% from the FTA.

The TTF, whose revenues are derived from state motor fuels taxes, has just been reauthorized, and bolstered with a long-overdue hike in the fuel tax of 23 cents per gallon.