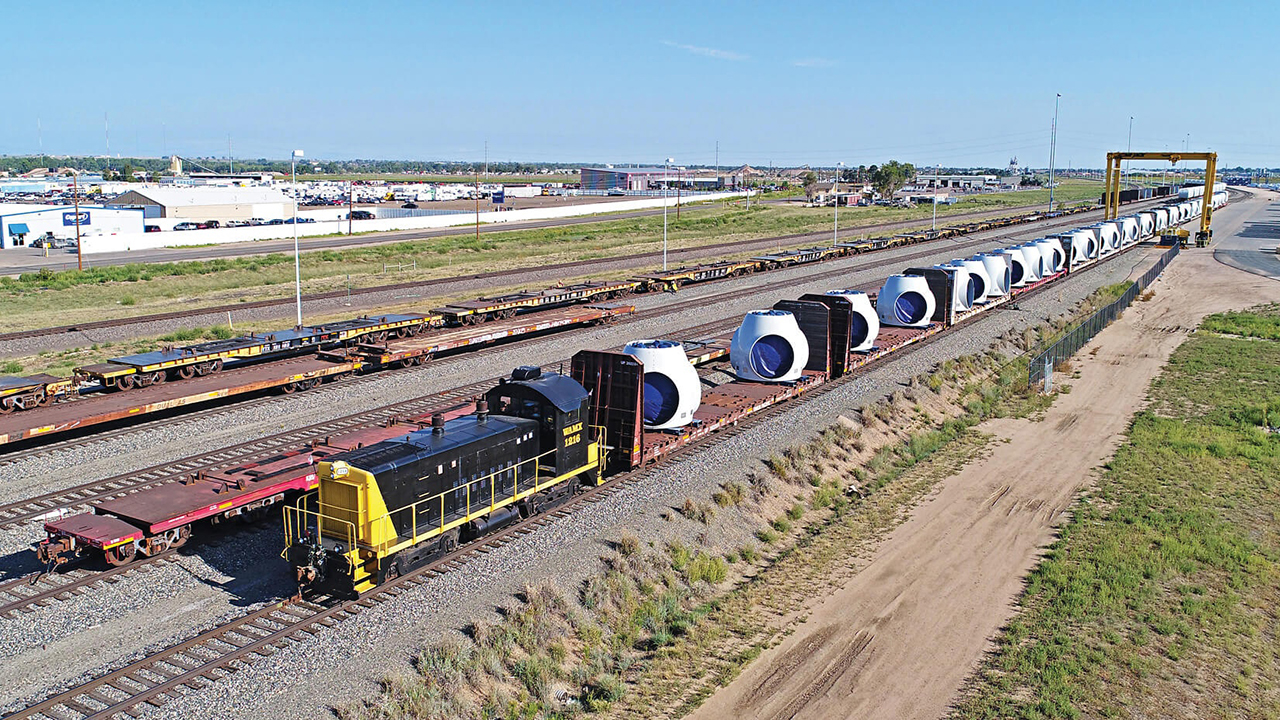 RAILWAY AGE MAY 2021 ISSUE: What started as ‘basically a handshake’ blossomed over time into a mutually beneficial working partnership.

Most people who have devoted their careers to the railroad industry know that it’s much like a family, built upon personal relationships. This is particularly true for the large number of smaller suppliers and contractors, those that co-exist with the huge, multi-discipline, multi-national companies that seem to dominate the market.

Pittsburg, Kans.-based CDL Electric, founded in 1964 as S&S Electric, is one such company. It has thrived and grown over the years, in no small measure due to a relationship forged with Watco Companies, based also in Pittsburg. Watco’s Executive Chairman, Rick Webb, graces the cover of the May issue as one of Railway Age’s 2021 influential railroaders. We spoke with CDL Owner, President and CEO Larry Seward Jr., about the CDL/Watco partnership:

“I got a call from Rick asking me if I knew anything about railroad signals. I said, ‘Rick, if it has anything to do with electrical, I can fix it.’ I have an electrical engineering degree from Pittsburg State University and am a master electrician. My dad was a commercial electrical contractor, and I worked with him. When I finished school, we branched out and started doing a lot of state work—highway lighting, traffic signals.

“I had a meeting with Rick and his dad, Dick Webb, who started Watco in 1983. Dick was quite a character. He called me one day and said, ‘Hey, Seward, I want to talk to you. Why don’t you come down to our shop in Coffeyville?’ At the meeting, he said, ‘Seward, these damn signals are giving me a headache. You’re going to be my aspirin.’ That’s how we started in the railroad signal business. It was something that we picked up fairly quickly. We blossomed into it.

“We started out with basically a handshake. Watco was just starting up, and Dick told me that if I took care of him on those signals, I’d be with him as long as I did my job. Well, I’ve been doing my job going on 39 years. We shook hands, and what we have today is still a handshake. The integrity of the Webb family has always been like that. They are very loyal people. Our companies are so intertwined that people think Watco owns us, but we’re two different companies.

“What I like about Watco is that they don’t look at us as a vendor. We’re a partner—more like a sister company. CDL does a multitude of things for Watco. We do proposal and fabrication work for their shops. We take care of their generators. We’ve wired locomotives. We do electrical and signal work. We wrap their tanker cars. Whatever they need us to do, we do it. When they come into a situation and they need something, we can diversify and take care of it.

“We’re their signal department. I work with Watco to try to figure out ways that we can help them save money. I think Rick and his people know that I’m going to get the best possible deal for them with the best quality product. They trust me, and I trust them. I look at myself as a CDL-Watco employee. I make decisions that are in Watco’s best interests.”

The relationship between the Webb and Seward families goes back many years, to the era when the railroads were transitioning from steam to diesel locomotives. Larry Seward Jr.’s two grandfathers were machinists who worked for Rick Webb’s grandfather at a Kansas City Southern locomotive shop. Today, CDL employs close to 500 people at six Midwestern facilities and does business in 35 states. Watco consists of transportation, mechanical, terminal and port and compliance divisions, with 41 short lines.  Yet for both, it’s still all in the family.