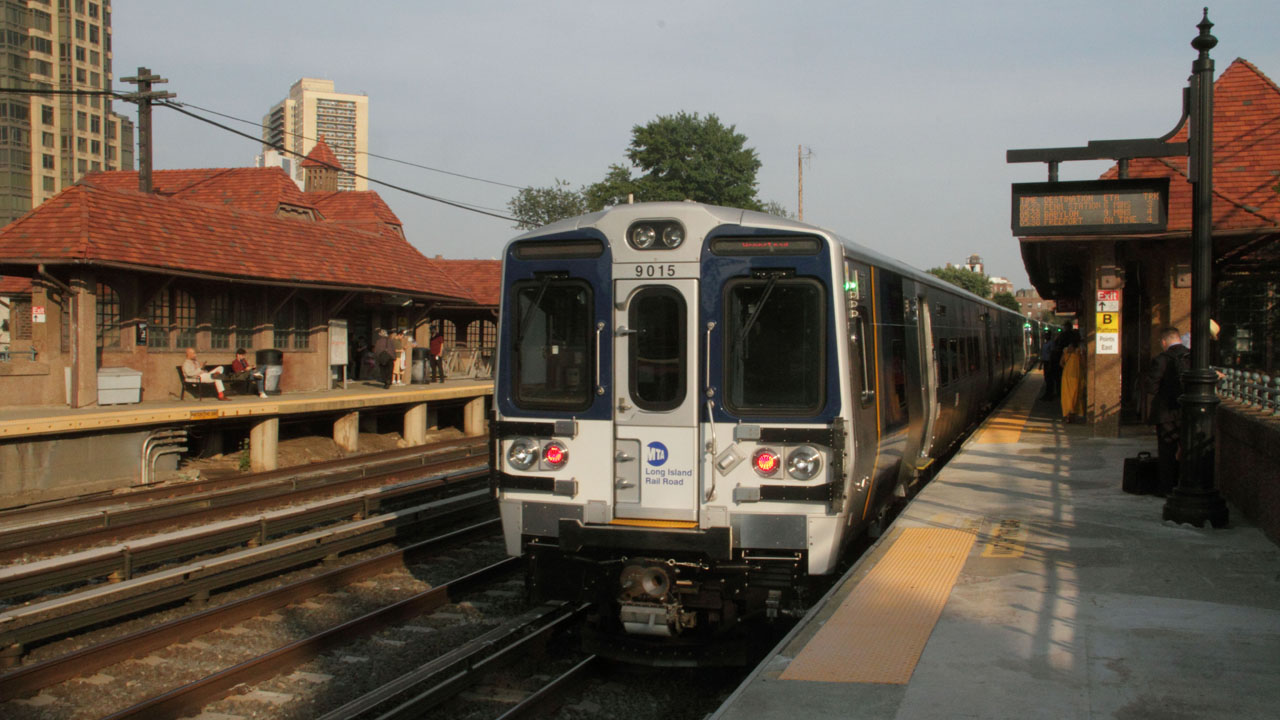 After roughly two years’ worth of delays, MTA Long Island Rail Road (LIRR) has taken the wraps off its new M-9 EMU (electric multiple-unit) commuter railcars. The first eight-car trainset departed Sept. 11 at 6:50 am from Huntington.

The New York MTA awarded a $1.8 billion contract to Kawasaki Railcar USA for 676 M-9s in September 2013—an initial 92 cars for LIRR, plus options for 584 cars for LIRR and MTA Metro-North Railroad—with deliveries scheduled to begin in 2017. Production and testing/qualifications delays pushed back the initial delivery date to April 29, 2018, following testing at TTCI in Pueblo, Colo. 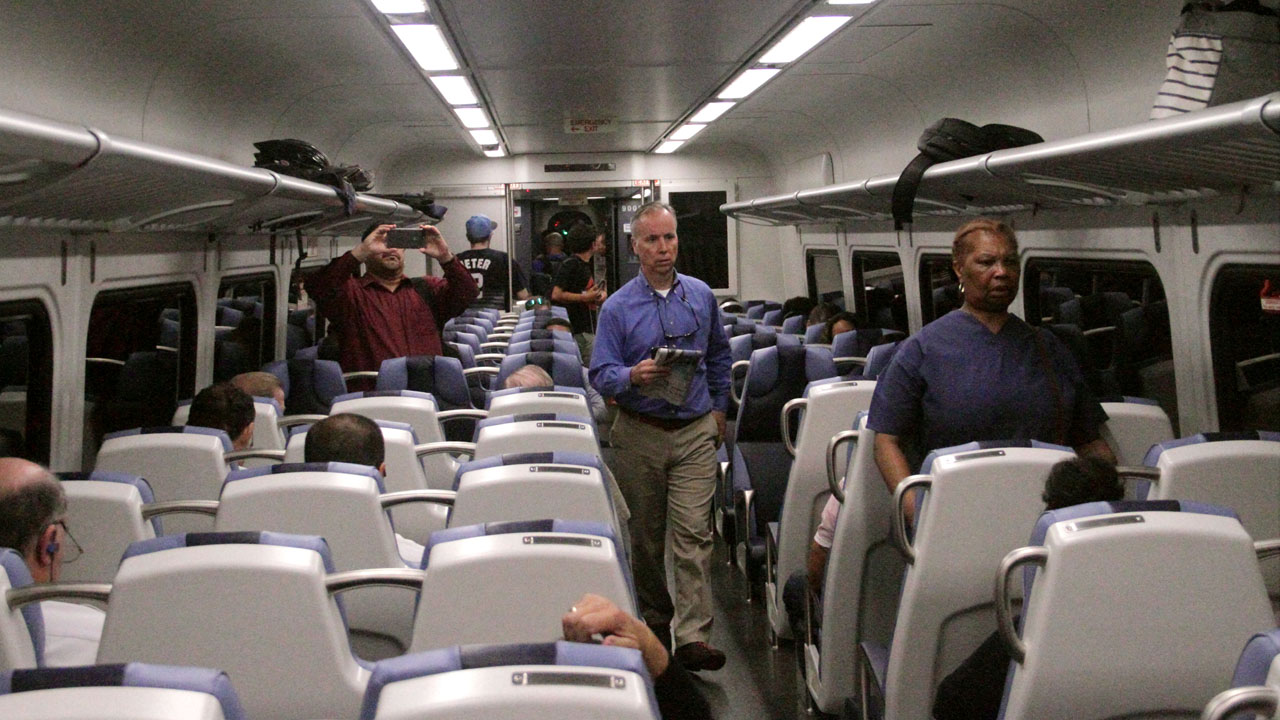 LIRR President Phil Eng called the revenue service launch a success, saying, “These new cars will offer new amenities and a better environment for our customers. Even if your train isn’t composed of these cars, there’s a good chance they will benefit you because as we receive more of them, we will lengthen many of our busiest trains, providing more seats for more customers.”

The operating schedule for the first two days called for the initial eight-car M-9 revenue departure from Huntington to arrive at Hunterspoint in Queens at 7:49 am. The first departure from New York Penn was at 5:06 pm. The second departure from NY Penn was 10:37 pm. The eight-car consist is to be expanded to 10 cars on Sept. 13 with addition of one “married pair,” and again with another married pair added on Sept. 20. Additional cars will enter revenue service during the next two years, bringing the LIRR M-9 total to 202 by March 2021, and retiring 142 M-3 “Metropolitan” cars (12% percent of today’s fleet) built about 50 years ago. 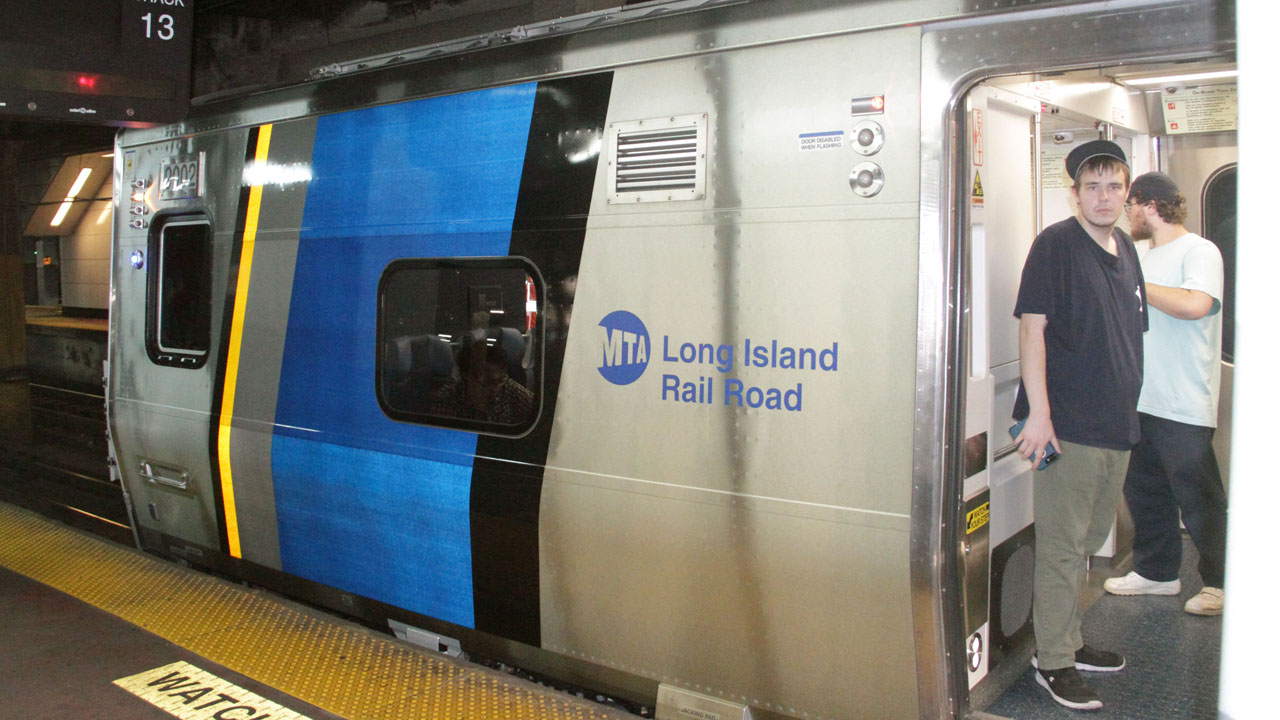 The first 14 M-9 pilot project cars were built in Kobe, Japan, with the first eight-car trainset tested at TTCI. The remaining 88, as well as subsequent orders, are being built in Kawasaki’s plant Lincoln, Nebr. (carbody fabrication), with final assembly taking place in Yonkers, N.Y.

The M-9s have a new look inside and out, and feature modern technology employed in Metro-North’s Kawasaki-built New Haven Line M-8 fleet (designed by noted industrial designer Cesar Vergara).

Features include digital external final destination signs, curved arm rests to avoid torn passenger clothing, inward- and forward-facing cameras in the operating cabs, cameras in the passenger space, electrical outlets for each row of seats along the walls, pushbutton door opening controls between cars, additional speakers in the vestibules for clearer public announcements, threshold illuminating lights at the side and end doors, and reduced sun glare, with a slightly increased level of window tint. There is signage that indicates each car in a consist (for example, “Car 3 of 10”) to assist passengers in exiting the train, as not every car will open at all stations. There are additional speakers in the passenger area, and improved restroom facilities. Upgraded restrooms feature “touchless” controls for toilet flushing, sink water and hand soap dispensing and hand drying, improved doors, coat hooks and additional air quality treatments.

The M-9s, which are also PTC-compliant, will be used in service to New York Penn Station, and to the new East Side Access Terminal in Grand Central Terminal beginning in 2022. 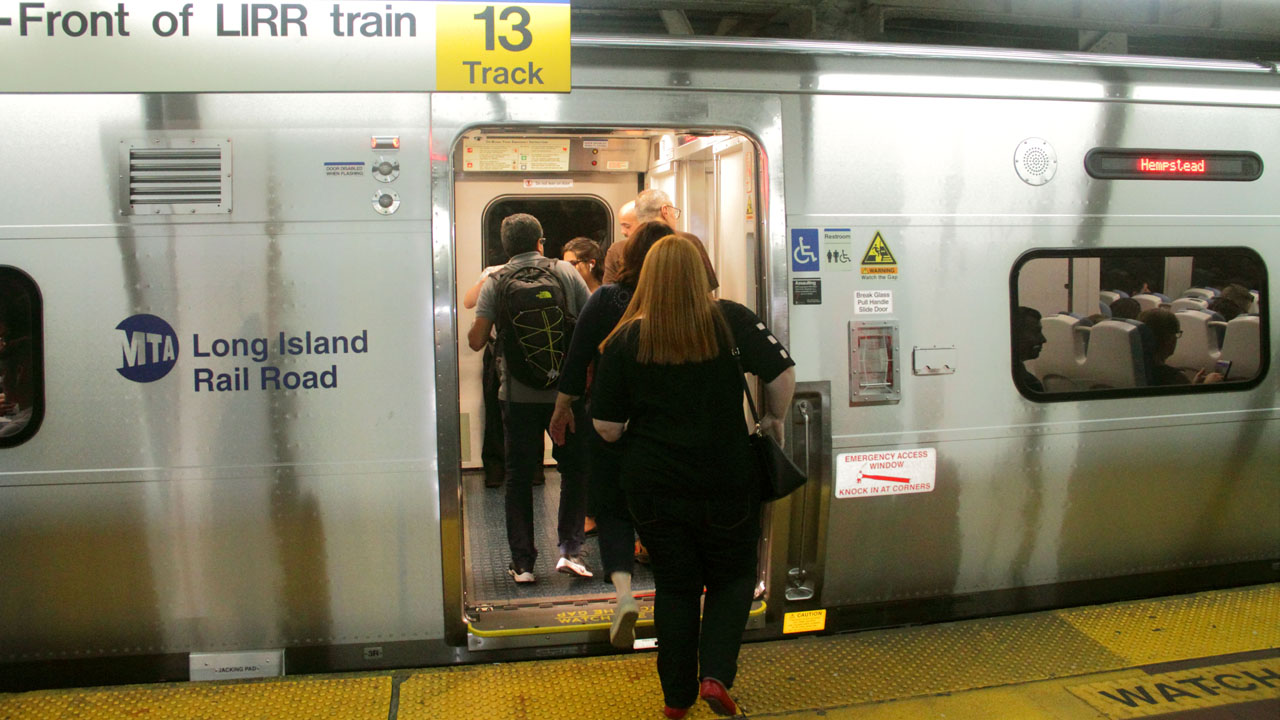