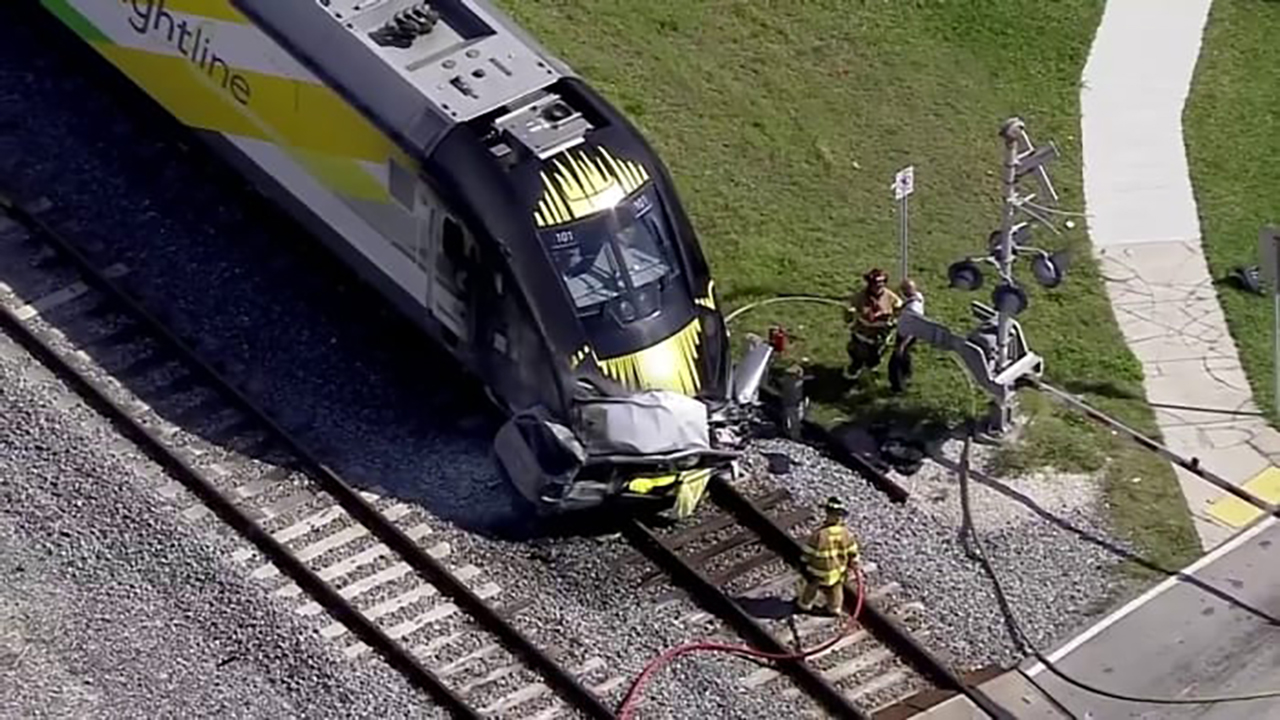 The recent spate of accidents involving humans and vehicles on Brightline’s tracks between West Palm Beach and Miami between November 2021 and February 2022 highlights two of the biggest obstacles facing Brightline’s success as a scheduled, reliable passenger railroad: The effectiveness of the dozens of grade crossing warning systems, and the easy, unimpeded accessibility of the tracks to large numbers of the population.

To expand on the first point, the Federal Railroad Administration (FRA) designated Brightline as a “closed corridor” despite highway-rail grade crossings on 180 miles of track. In contrast, Amtrak’s Northeast Corridor has zero crossings between New York City and Washington D.C. (275 miles) and only 12 between NYC and Boston (250 miles). Could Brightline install four-quadrant gate systems with advanced technology like vehicle detection that are more effective than the minimum FRA standards? Of course—but it’s costly.

To expand on the second point, Brightline’s right-of-way is a product of history: The route opened up the settlement of Florida, and residences, schools and commercial and business enterprises naturally were built close to the tracks. Until recently, there have been about a dozen daily 45-mph Florida East Coast Railway freight consists as the only user of the line, divided about equally southbound and northbound and during the day vs. night. Accidents involving humans were the highest in the country, but publicly tolerated. Many were suicides.

Soon, there will be 32 more Brightline passenger trains traveling at 80 mph during daylight hours. Simple math, extrapolated by multiplying frequency by speed by day schedule leads one to expect casualty rates to be six to nine times higher. Following are examples, some taken from my personal observations, as my offices are near the tracks:

• Every day, a group of elementary school kids ages 8-12 take a shortcut over the tracks, through a parking lot and back onto a wooded path to get home. They don’t look up from their phones as they cross the double-track main.

• A mother and father with a baby and a toddler cross the tracks to get to the small local neighborhood grocery store located just on the other side.

• A well-dressed man crosses the tracks to get to a café located nearby on the other side.

• A man commits suicide by lying down on the tracks.

• A mentally challenged or possibly inebriated man wanders along the tracks.

• A driver on his way home from work is trapped when he stops on the tracks because traffic abruptly and unexpectedly comes to a halt ahead of him. The gates come down. Unfortunately, he doesn’t open his door and flee the vehicle. He stays in the car and is killed.

• A driver weaves around the two crossing gates in the down position because the gates don’t go up after a train passes. The gates remained down because a second train is coming from the opposite direction. That train smashes into the car. The driver is killed.

Brightline will face similar problems in its proposed West line from Los Angeles to Las Vegas as it bisects settled populations at the beginning and end of that route. Brightline’s extensions to Tampa and Disney World have to be addressed unless they are a truly “closed corridor.”

The real problem of addressing both problems is one of cost. Brightline is on a tight budget. Ridership so far between West Palm Beach and Miami is much lower than needed to produce projected revenues and is unfortunately ramping up slowly. Ridership on the full route from Miami to Orlando is a question mark in many people’s minds.

Education to insure compliance with railroad safety practices doesn’t usually work well. Unfortunately, the best and brightest crossings with four gates, new laser and LED lights and inward facing audio warnings are expensive. (Fortunately, many stretches of track are in the woods and along farms and ranches and don’t need them.) But FRA has matching funds that can augment an additional Brightline investment in the needed geographies. And let us correct one misconception: Cars get trapped on tracks 70% of the time; barrier evasion is only 30%.

The railroad’s “open access” to humans can be addressed, where warranted, by unpopular high, industrial-grade fences (that can still be cut through) or by cost-comparable motion-activated cameras to warn and deter human activity on the tracks (including voice warning) placed every quarter-mile on high protected poles. Almost nobody commits suicide being watched and talked to. Few cross or play or dawdle on tracks if they know they are on camera. Motion-activated red laser beams to warn people approaching the tracks can be installed. The cost? About $20 million for the camera setup vs. about $18 million for a high, industrial-grade fence. Sorry, education sounds good but doesn’t work well.

The real question is whether the cameras should be monitored, and trains halted if there are people or vehicles on the tracks. Nobody wants this job, the responsibility or the pressure since a high proportion of situations resolve themselves before the train arrives.

There is a strong case for Florida East Coast, which owns the right-of-way, to bear a small portion of the enhanced crossing and human access costs. More important, there is a very strong case for FRA matching funds being used to augment Brightline’s.

When a fatal accident occurs on the right-of-way, it closes the tracks for several hours while the medical examiner, coroner, ambulances and sheriff arrive and determine cause of death. The train crew needs to be substituted by locating and transporting a new crew due to the psychological impact on the original crew from a fatal accident.

You can’t run a scheduled passenger railroad with frequent multi-hour delays, usually in both directions. Potential customers won’t stand for it. The public won’t stand for it. Politicians will eventually get involved. It’s best to nip these problems in the bud. The Palm Beach Post referred to using Artificial Intelligence. You don’t need AI, just off-the-shelf motion-activated cameras.

To close on an upbeat note, Brightline’s management does have vision. Brightline and its locomotive manufacturer, Siemens Mobility, were well ahead of others on making sure the Siemens Charger locomotives are cyber-secure using the finest military-grade technology. Kudos to being prescient about the need for this far ahead of the U.S. government’s recent mandates.

All this can be done. Brightline has demonstrated the people skills and forward thinking to make this happen. Time is not safety’s friend. The time is now before this becomes a bigger issue to Brightline and other higher-speed passenger systems currently on the drawing boards.

Gil Lamphere, Chairman of MidRail LLC, has nearly 40 years of experience as a principal investor and financier in rail industry and other private equity transactions. He has headed four private equity firms and has extensive operational experience as a Chairman and/or board member for a wide range of publicly traded and private companies. Lamphere is the former Chairman of the Illinois Central Railway, Co-Founder of MidSouth Rail Corporation and former board member of CN (Chair of the Finance Committee and a member of the Compensation, Investment, and Audit committees), CSX (Operations, Finance, Compensation, and Public Affairs committees), and Florida East Coast Railway. He led teams and boards that bought, managed and changed operations at Illinois Central, MidSouth, CN, Florida East Coast and Southern Pacific, with alumni leading Canadian Pacific, creating gains for investors in excess of $2 billion.