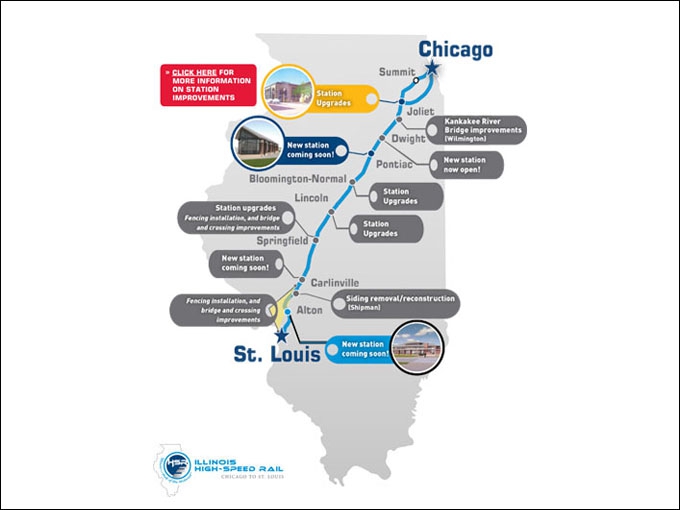 Amtrak should begin higher-speed rail (HrSR) service between Chicago and St. Louis this summer, the result of a $2 billion project that is in the final phase of construction.

Amtrak is expected to operate passenger services at speeds up to 90 mph, with track speeds of 110 mph in 2019.

The project is set to be completed on time and on budget, according to Illinois Department of Transportation Secretary Randy Blankenhorn. Federal funding totals $1.65 billion of the final cost, with Illinois covering about $300 million.

Amtrak is currently limited to 79 mph between St. Louis and Chicago. A segment between Pontiac and Dwight, Ill., has operated demonstration speeds of up to 110 mph beginning in the fall in 2012. The line is equipped with four-quadrant highway/railcrossing protection and Positive Train Control.

The project also aims to improve Amtrak’s on-time reliability, in an effort to increase ridership.