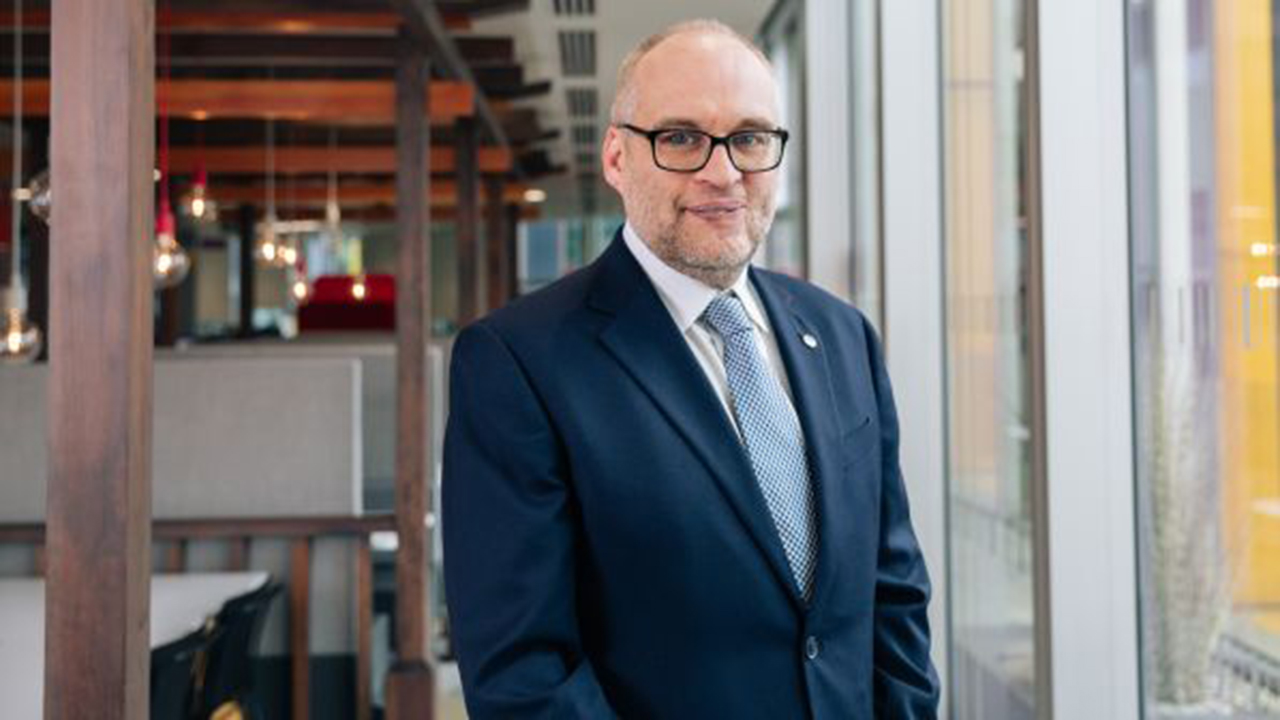 Hitachi Rail’s announcement on Aug. 4 that it will acquire Thales’ railway business is set to shake up the global signaling sector. International Railway Journal Editor-in-Chief Kevin Smith examines the deal and its implications for the market.

Hitachi Rail has come a long way since bursting into the European market in 2004. That initial order for 30 six-car Javelin EMUs based on Shinkansen technology for Britain’s Southeastern franchise was followed by the Intercity Express Programme (IEP) contract in 2009 and the establishment of a rolling stock assembly facility at Newton Aycliffe in northeast England. The acquisition of Italy’s AnsaldoBreda and Ansaldo STS in 2015 provided the company with a firm foothold on the European continent.

Those deals and continuing order success propelled the Japanese manufacturer into the top five of railway equipment suppliers in SCI Verkehr’s 2018 Worldwide Railway Market for Industries study. The latest chapter in the Hitachi Rail story was penned on Aug. 4, when the supplier confirmed that it had entered into an agreement with Thales to acquire its Ground Transportation Systems (GTS) business for an enterprise value of €1.66 billion.

The supplier says the acquisition will increase its annual revenues to €7.7 billion within four years of the deal going through, which it expects by the end of 2022. Based on 2020 figures, this would place Hitachi Rail in fourth position behind Siemens Mobility with around €9 billion of annual revenue, but ahead of Wabtec, which recorded €6.42 billion of sales in 2020. Wabtec passed Hitachi into fifth position in the 2020 edition of SCI’s study, which is based on 2019 results, following its equally impressive recent growth. CRRC and Alstom, though, remain well out in front.

As well as adding scale to Hitachi Rail, the deal to acquire Thales’ rail business is significant as it effectively reduces the railway signaling market to three key players: Alstom, Siemens, and Hitachi.

This is a far cry from around a decade ago, when larger equipment OEMs regularly joined with specialist signaling companies when competing for contracts. Siemens’ acquisition of Invensys Rail in May 2013 set the scene for a period of consolidation. Hitachi’s acquisition of Ansaldo STS and entry into the market took place at around the same time that Alstom inherited General Electric’s signaling activities as part of the deal for the U.S. industrial giant to acquire Alstom’s power division. Alstom also acquired Bombardier’s signaling business as part of the acquisition of its long-time rival earlier this year.

Thales entered the railway market in 2007 with the purchase of Alcatel-Lucent’s signaling activities. Transport was responsible for 10% of Thales’ total sales, and recorded revenues of €756 million and an EBIT of €39 million in the first half of 2021. After recording a negative Ebit of €37 million in 2015, a reorganization of the Transport portfolio enabled Thales to return to the black the following year, which continued over subsequent years, including an Ebit of €86 million in 2020. GTS’ sales are split between mainline signaling (50%), urban rail signaling (20%), integrated communications systems (20%) and revenue collection systems (10%).

Thales says its exit from rail will allow it to refocus on Defense and Security, Digital Identity and Security, and Aerospace and Space, and achieve its objective of delivering double-digit margins in these sectors. It’s also an industrial and technological decision. Thales CEO Patrice Caine says operators, and especially metros, are increasingly looking for integrated and turnkey solutions for new projects. His colleague, Philippe Keryer, Deputy General Manager of Strategy, Research and Technology, explains that this requires integration, but without a rolling stock portfolio, this pushes Thales to form partnerships to win contracts, potentially losing out to other suppliers that can offer this efficiency.

With a full complement of passenger rail vehicles for main line, metro and light rail, Hitachi Rail has no such issue. Reports in April suggested that Thales had approached Hitachi, Alstom, CAF, Stadler and private equity groups over the sale of GTS, and Hitachi Rail CEO Andrew Barr says the opportunity to acquires Thales “came at a really good time” as the company looked at the future of its business.

“We’ve established good product lines and Thales brings with it a good pedigree in the market that is complementary to our own signaling business,” Barr told IRJ. “In addition to that, they have got good technologies in digital and are already on the way to establishing the basis of a Mobility as a Service (MaaS) offering, which is something that we are working on, too. So put those two together and it works very well for us.”

Hitachi said in its statement confirming the acquisition that research shows that the MaaS market is set to grow by 25% by 2025. Barr says the company’s strong relationship with municipalities and cities around the world puts it in a great position to capitalize. He explains that Hitachi is already working on operational aspects of MaaS through the provision of system, control and digital elements, specifically via Hitachi Group’s Lumada platform, which was bolstered by the acquisition of GlobalLogic, a digital product engineering company, in July. However, Thales provides capabilities in ticketing and information systems that Hitachi did not have previously, meaning it can develop what is already there and not have to start from scratch.

“It is a really exciting opportunity to exploit that and actually take it in a slightly different direction,” Barr says.

In main line and urban rail signaling, Barr says Thales’ offer is again complimentary to what Hitachi gained from Ansaldo STS. While both companies have strong references, in general Thales has a stronger global footprint. The acquisition will help the Japanese company to build presence in Germany, Canada and Britain, where it is not currently as active. It also gains ground in the Asia Pacific market. While Hitachi is strong in its domestic market of Japan, where the technologies and products used differ from the wider market, Thales has a strong presence in the important urban rail markets in Singapore and Hong Kong and China through its Thales Sec Transport joint venture with Shanghai Electric.

“The access to the market alongside the skills and technical competence they have again makes this very complementary,” Barr says. “Hitachi was already strongly present in Taipei, and we are breaking into new markets like Sri Lanka. We can use that presence to gain a really strong foothold in the Asia Pacific area outside of Japan. In Canada, we are present, but we support that from elsewhere, and particularly the mainland U.S. and our site in Pittsburgh. Adding that capability to our business is a real benefit.”

Integrating a company of 9,000 employees into Hitachi Rail’s 14,000 person setup is no easy task. Barr says it is Hitachi’s intention to bring Thales into the Hitachi Group with two aspects to this process: aligning both companies’ signaling activities on the one hand, and the focus on digitalization and MaaS on the other. Based on the experience with Ansaldo STS, he expects this process to take around 18 months.

When asked whether he was confident the deal would proceed given the problems experienced with the proposed merger of Alstom and Siemens due to the expected impact on competition in the signaling market, Barr says a detailed study will be undertaken, but he is confident a deal will proceed after the company “spent a lot of time evaluating” the acquisition.

Having just three dominant players could present issues to railways and transit authorities by reducing their options when tendering big contracts. Barr though doesn’t discount the role that smaller players could continue to play in the market. “It depends on the customer and their preference,” he says. “But the fact that we’ve got the presence that we have, we have good access to a range of customers of all sizes and that’s the main part of our growth strategy.”

Certainly AZD Praha, CAF Signaling, and the tie-up between Stadler and Mermec will not want the “big three” to have it all their own way. Chinese signaling suppliers could also potentially have a role to play, although Barr believes their technology is domestically focused and not quite yet up to the level of their European rivals.

As well as greater efficiency, advances in new technology will define which signaling suppliers will succeed, especially as the pressure builds to reduce headways and boost network capacity.

Artificial Intelligence (AI), the Internet of Things (IoT), Digital Twins and satellite-based communication are all touted to enhance the capabilities of signaling and communications infrastructure. Suppliers are actively exploring work in these fields through various projects. There is an emphasis on reducing the amount of hardware required for metro networks, and Barr believes a lot of future control systems will operate in the cloud.

There is also an increasing emphasis on expanding automation and centralized operation pioneered in the metro space to the main line. Barr played a key role in the Rio Tinto automation project while working for Ansaldo STS, which is now running more than 50 trains per day entirely autonomously across the Pilbara in Australia.

This project showed that large scale main line automation is possible, and work is now well under way on more complicated applications; French National Railways (SNCF), German Rail (DB) and Dutch infrastructure manager ProRail are among the pioneers in Europe introducing ATO over ETCS, while several U.S. Class I’s, among them Union Pacific, are exploring the capabilities of these types of technologies for North American freight rail. China became the first country to open an automated high-speed line, the 174km Beijing North – Zhangjiakou line in December 2019, while Russia is also pushing ahead, including through technologies developed by Transmashholding subsidiary LocoTech Signal.

Thales’ Lucy test train is a rolling laboratory active on a 22km test track near Chemnitz, Germany, that showcases the very latest in the company’s automation technology, including the use of AI to “think” and move for itself, 5G, and the building blocks for Hybrid ETCS Level 3. Barr says that Thales’ work in this area will bolster Hitachi’s own capabilities.

The technological emphasis of these main line automation projects is expected shift the emphasis from smart infrastructure that controls on-track assets to smart rolling stock assets, which are responsive to what is going on around them. This could be the speed of the train in front, or obstacles on the track, as pioneered in LRVs.

Thales GTS Vice President Technical and Innovation Amaury Jourdan told IRJ earlier this year that he expects significant progress in this area during the next 10 years. It is an exciting prospect for the upturns in railway network performance it is expected to unlock. And while three big companies look likely to lead the charge, other suppliers should take heart that further innovation could yet enable them to forge their own important place in this compelling marketplace.